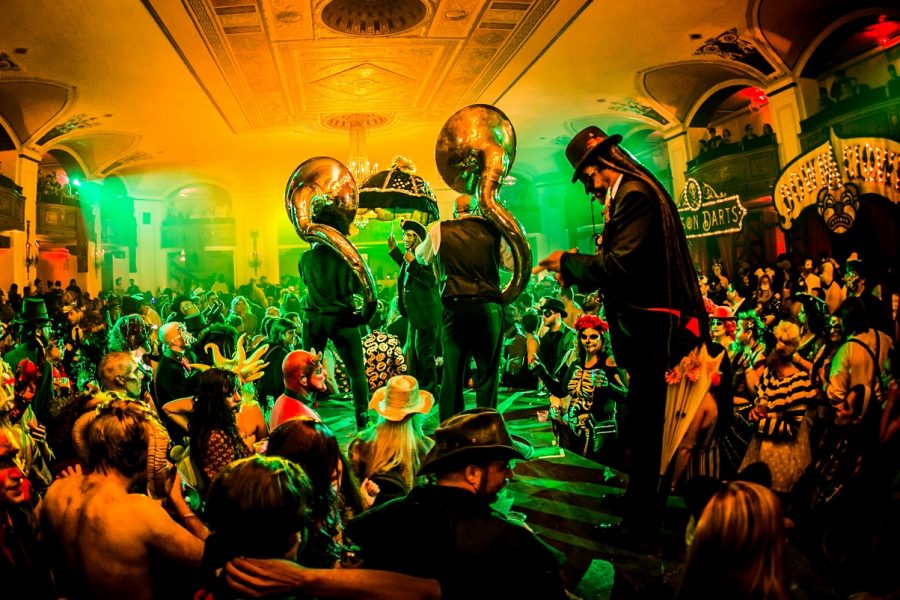 A 9-hour marathon of nonstop debauchery spread out over 8 floors of Detroit’s historic Masonic Temple … transformed on a grand scale, complete with a Victorian ice cream parlor serving liquor-infused treats; a cinema offering vintage international erotica and horror; and a wild “Ghost Train” ride that takes place in the dark on the seventh floor.

Six main stages with over 20 bands (bands ranging in styles from punk rock to a barbershop quartette, a marching band, a Jazz trio, jug bands, rock and roll, and more), two dozen performance spaces, two grand ballrooms, dozens of strolling and aerial performers, burlesque stars from around the globe, suspension artists, vaudeville, carnival games, and countless other sensory delights. Every hallway, every lobby can become an impromptu theatrical experience.” 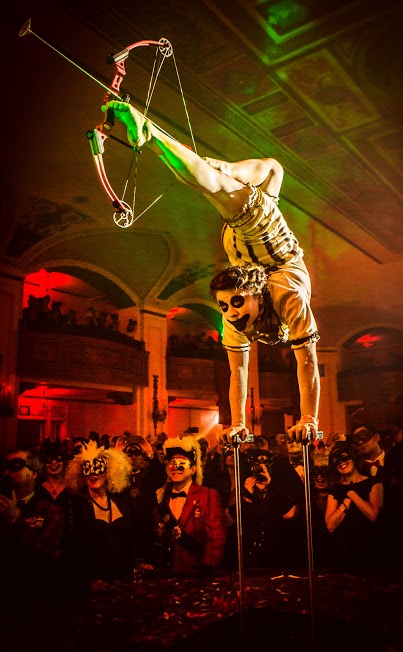 That’s how the organizers describe The Greatest Masquerade on Earth: Detroit’s Legendary Theatre Bizarre – an Immersive Art Installation of Unprecedented Scale. In late October each year, thousands of elaborately-clad and eager attendees fill the carved stone hallways of the labyrinthine tower as they move throughout the night from one indescribable performance to another. Detroit’s most adventurous souls slipping anonymously past each other as they celebrate their darkest selves into the early hours of the morning.

Theatre Bizarre is the brainchild of the painter John Dunivant. Back in the late 90s, struggling to find his voice as an artist Dunivant devoted himself to breathtaking, elaborate Halloween parties: 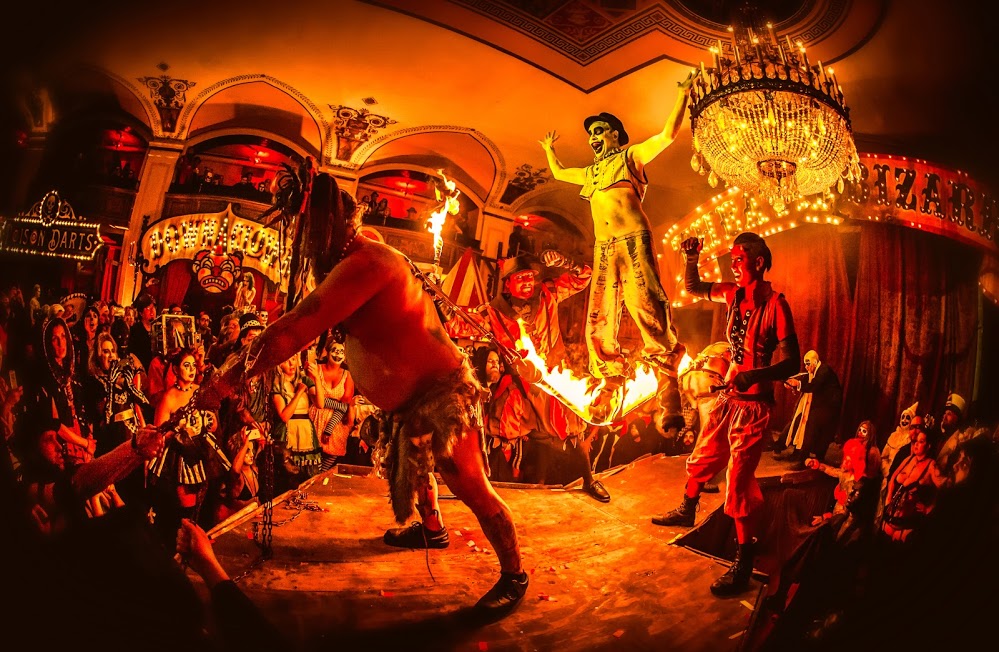 “I was interested in old sideshows. Which was going to be the theme for just the year, but it stuck,” recalls Dunivant. “I began to develop stories and worlds based on that. I created my own visual laws, backstories, different elements that honed the whole thing.”

The whole thing–complete with theme-park rides and multi-story set pieces–thrived for ten years in the shadows, all on volunteer power, and on a neglected area of Detroit with abandoned houses etc.

“There is no other place in the world where we could have gotten away with what we were doing. It was a war zone with drug deals gone wrong and gunfire every day, all day,” says Dunivant. 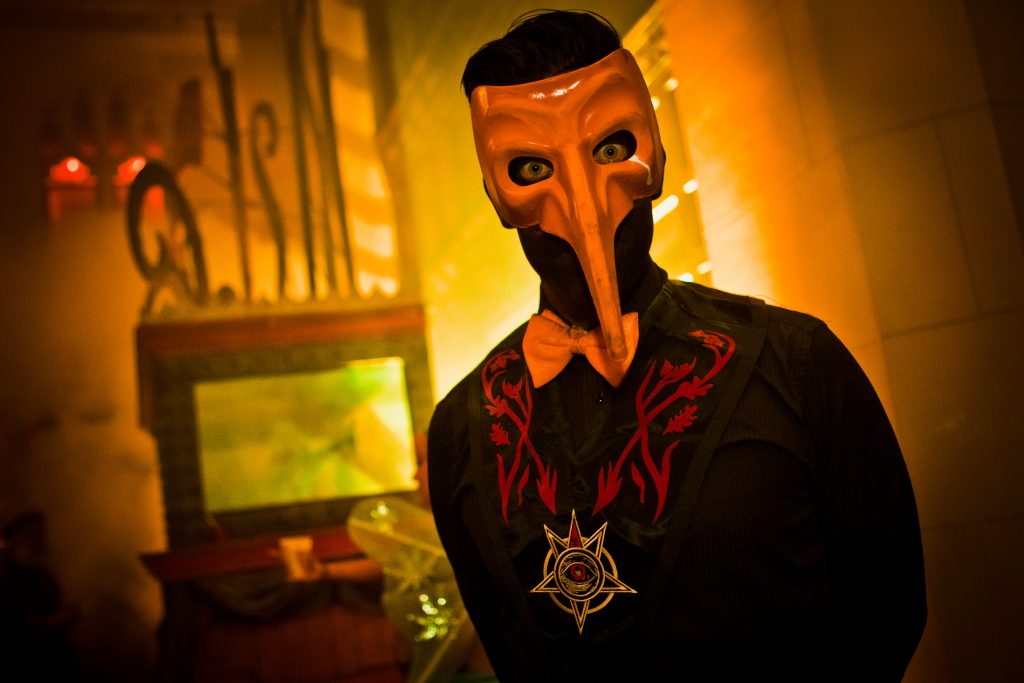 For one night each year, they “threw open the gates to another world, where clowns torment demons, burlesque dancers twist in tornadoes of fire, and everyone sheds their drab, daily skin to revel in the fantastical”.

By autumn 2010, the same outlaw group of friends, John Dunivant and a crew of like-minded artists and performers, had built a towering theme park (complete with a roller coaster, ferris wheel, flame throwers, etc.) and were gearing up for the big event. But being entirely illegal, the art project was shuttered, just before the party, and the show hastily moved to another venue and continued to thrive in Detroit’s Masonic Temple – the largest in the world covering over 250,000 square feet. 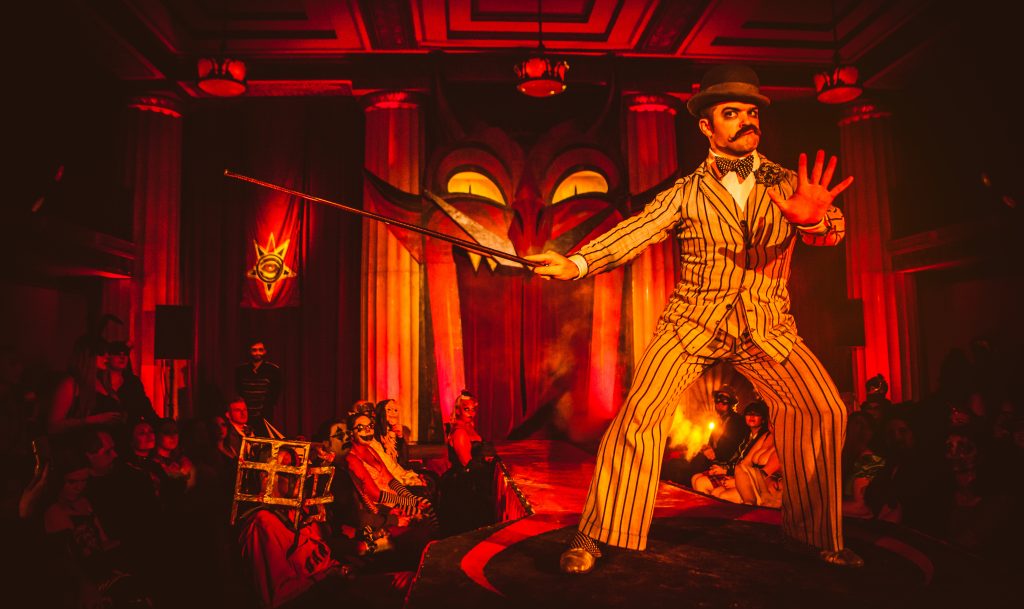 At first, the setback was devastating: how to create the same kind of immersive environment in an old building with fire codes and historic covenants, installing and tearing down each year? But this spurred Dunivant and his collaborators to an even deeper, lusher exploration of the world they had made, an approach that later won the collective support eg. from both The Knight Foundation and Kresge Foundation.

“What started out as a backyard party with a bunch of friends has turned into a critically-acclaimed, enveloping production that has been referred to as a “cultural institution” by the Miami Foundation.”

Another layer, that of the Secret Society, of magic and the occult, was added to the existing color palette, the scale designed to overwhelm, the mix of charm and revolt, of decadence and decay. The decadence was taken to another level. 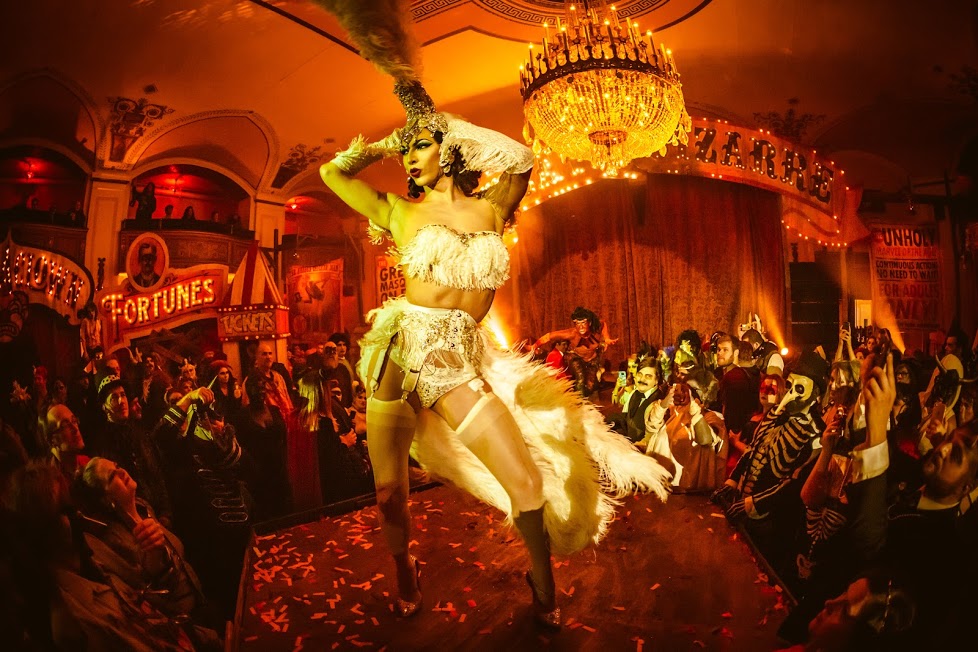 “I studied architecture, and as part of that, I documented some of Detroit’s crumbling churches. The psychological design of the cathedrals was meant to mess with your head, to make you look up and feel humbled. We’re harnessing the same effect: Everything looms, and you have to stand on your tiptoes at times.”, explains Dunivant.

“Our performers wear outfits that are crude and simple, with oversized stitching, tattered around the edges, and with a limited color palette. They are meant to be like the figurines in this penny arcade.” 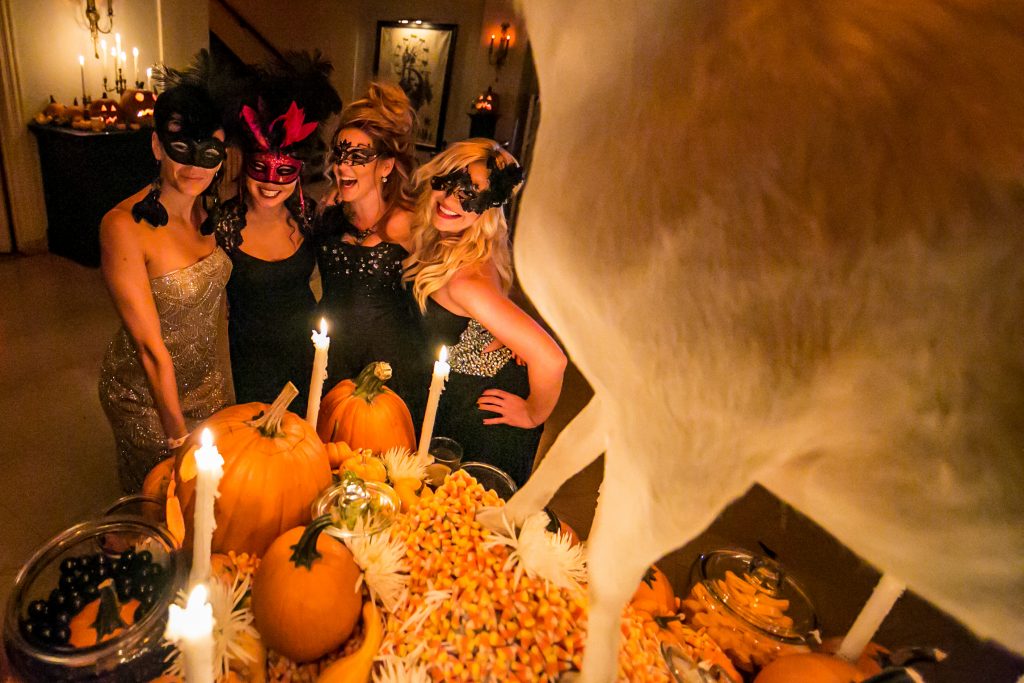 Though Dunivant has been the creative driving force behind the project, over time Theatre Bizarre has become more collaborative recently. One law that all abide by: A total commitment to the cause of creating this uncanny spectacle each year, and a rejection of corporate sponsorship. 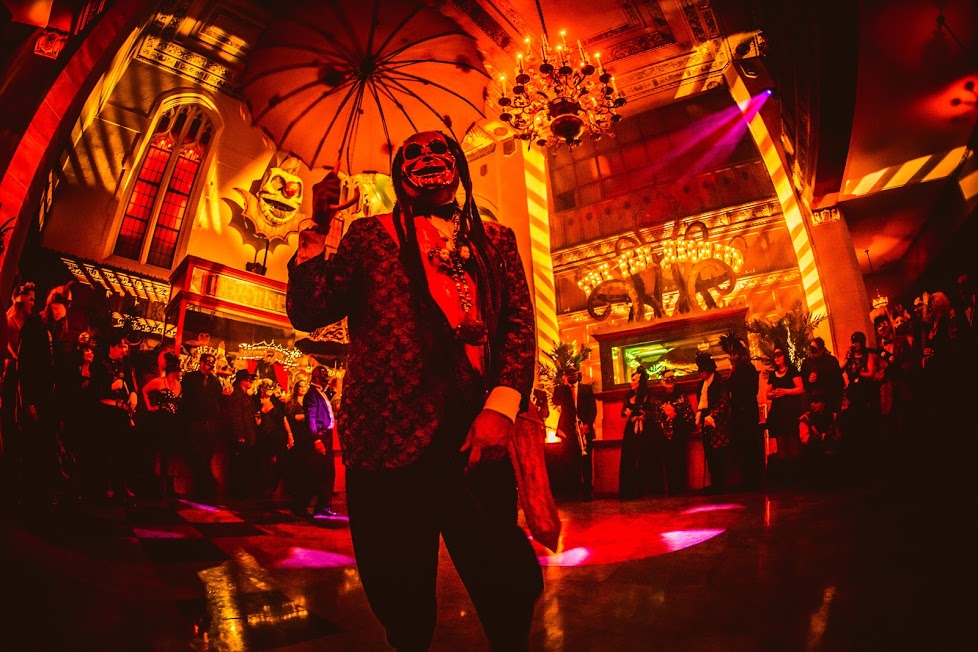