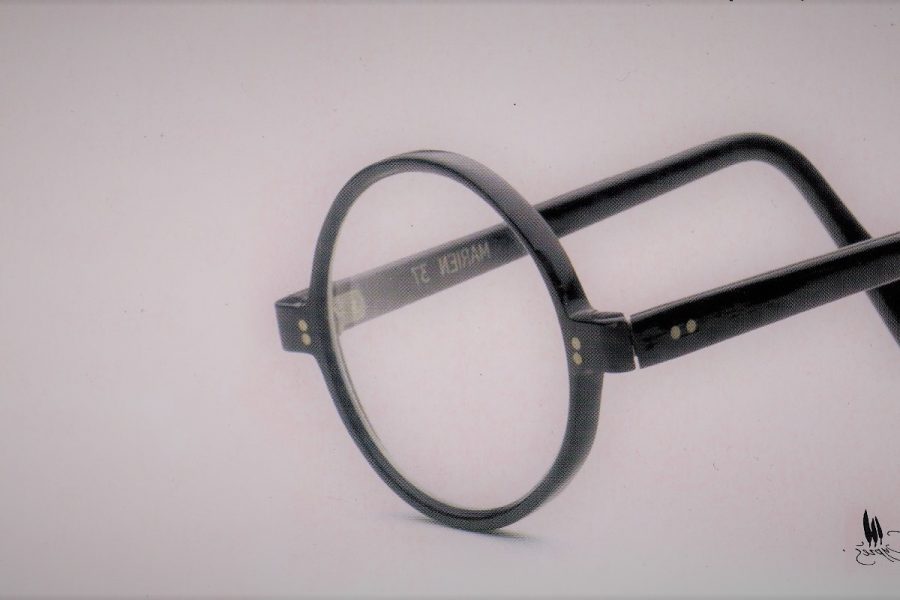 A surrealist and a composer

What started as a group of mostly poets, founded in Paris in the early 1920s, soon became a widespread international movement of surrealism, covering almost all arts and artists. Surrealism was no more a privilege of poetry and visual art; it was also realized by means of theater, novel, photography and film. The absence of composers is, however, striking – with one major exception to the rule: a Belgian poet André Souris (1899-1970).

Souris actively participated in the activities of the Belgian surrealist group and sought to find the musical counterparts of the surrealist aesthetics both in his writings and in his music.

Belgian Surrealism, in many respects, constitutes an exception to surrealism. If for the Parisian surrealists the spontaneous expression, not controlled by the reason, was important, ie. the automatism, the surrealist group in Brussels was characterized by deliberate measures targeted at the language. The Belgian surrealists wanted to highlight the strangeness of conventional objects or linguistic expressions by removing them from their normal connections and presenting them in a new context. René Magrite’s surrealist art on familiar and everyday objects serves as a good example this. In the literature too, it was possible to remove worn phrases and linguistic expressions from their normal contexts or to associate them with new, abnormal connections so that they appear in the new light and reveal the ultimate surrealism of reality. The aim was to break the expectations of the known: to transform the familiar, everyday and ordinary reality into something strange.

Precisely because the musical forms are worn out and banal, it would be possible to convert them so that they’d sound surreal.

From this premise Souris got the idea that it could be possible to find for such surrealistic aesthetics a musical counterpart by starting from musical forms that are known to lay persons. Precisely because they are worn out and banal, it would be possible to convert them so that they’d sound surreal. In Souris’ mind such an approach was best represented by Stravinski, who adapted material from the Gregorian chant song through classical music to the songs of the public houses. It was twith the help of these forms, previously familiar to listeners, that it was possible to surprise the listener by subjugating this material to the metamorphoses, by transforming it in such a way that, despite of their twisted nature, familiar elements retain their authenticity.

Although Souris was among the first passionate defenders of modern dodecaphonic and serial music, he himself composed only one explicitly dodecaphonic work (L’autre voix, 1948). This is understandable from the point of view of his surrealist aesthetic starting point: the very possibility of doing something surrealistically astonishing within tonal music and traditional forms. The awareness of these forms arouses strong expectations in the audience, which expectations the composer can then betray. 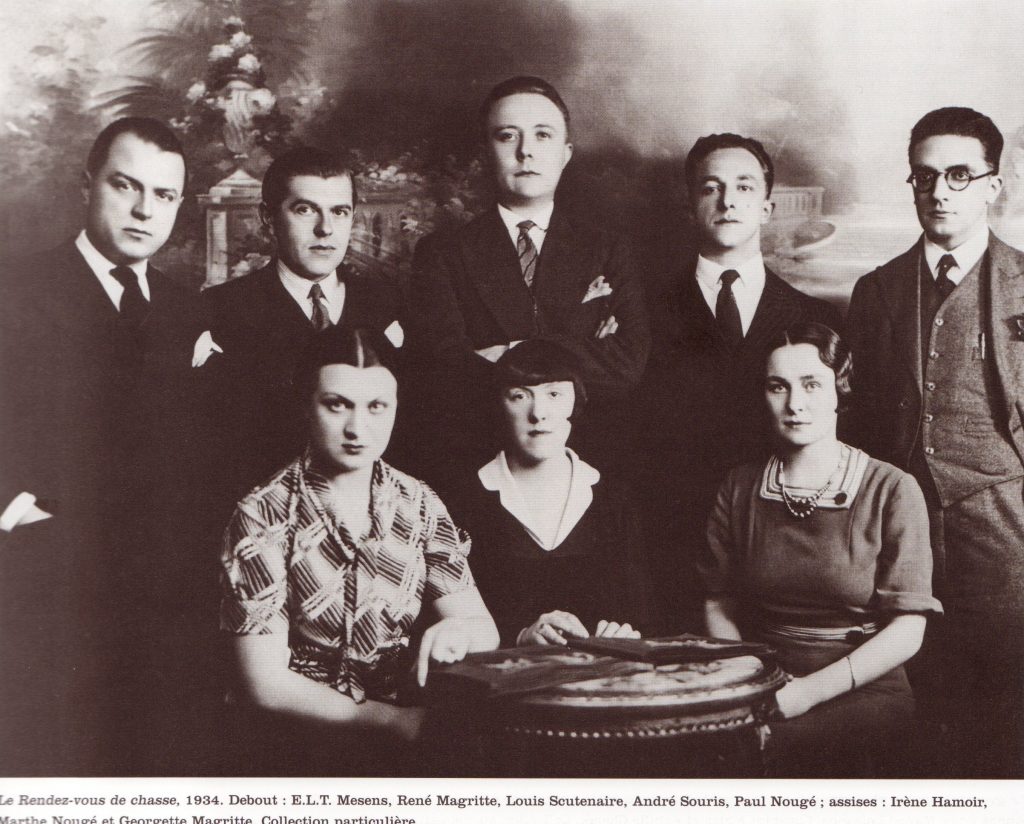 Towards the scandalous music

Souris’s first rendezvous with the Belgian surrealism took place when he met the principal theoretician of the Brussels surrealist group: the poet Paul Nougé. The meeting took place on March 16, 1925, at the concert, in which Schönberg’s Pierrot Lunaire was performed under the direction of Darius Milhaud. During the seventh piece of the series, a member of the Belgian court started to whistle, and the performance was interrupted. In the midst of the hullabaloo, a man from the balcony shouted to the the whistler: “Listen me you outcast, we’ll meet at the entrance!” The shouter was Paul Nougé.

The story does not tell if the whistler ever came to challenge Nougé, but at least Souris went to meet Nougé after the concert. This was the beginning of a long-standing friendship. Eventually Souris joined, with the help of the composer and poet Paul Hooreman, the Brussels Surrealist group, which was set up around the periodical called Correspondance. He first participated in the group’s activities by writing a series of musical pamphlets together with Hooreman. These were produced in the same spirit as the written pamphlets of the group, which were modified plagiat-pastisses based on texts from other authors.

One of Souris’s and Hooreman’s pastisses was called Tombeau de Socrates (Socrates’ Tomb), which parodies Satie’s hellenizing cantate Socrates: the monodic melody, written without sync lines just as the transcriptions of Gregorian music, turns out to be, when actually heard, a popular dance, a mazurka-java.

On February 2, 1926, the Correspondance group organized a spectacle combining music, poetry and theater, which included, inter alia, the ‘composition’ by Souris and Paul Hooreman called ”Trois inventions pour orgue”, which could be described, following Marcel Duchamp’s terminology, as an “assisted ready-made “. It was about a series of banal and traditional melodies played with a strange sounding barrel organ. The organ’s perforated ribbon was placed in the wrong direction so that the intervals turned upside down: high tones sounded low and the low tones high. This tumbles the tonal structure of the piece but maintains its rhythmic structure: what’s familiar and recognizable in the work is combined with strange and surprising. The show also featured a burlesque drama Le Dessous des Cartes, a parody inspired by Jean Cocteau’s Les mariés de la Tour Eiffel, to which Souris made the music together with Hooreman.

The pastisse parodies Satie’s hellenizing cantate Socrates: the monodic melody, written without sync lines just as the transcriptions of Gregorian music, turns out to be, when actually heard, a popular dance, a mazurka-java.

In collaboration with Nougé and Souris, a work entitled Quelques airs de Clarisse Jurainville (A few Clarisse Jurainville songs) was born, which was inspired by the aesthetics of Belgian surrealism, and was premiered on May 23, 1928. The name of the work refers to a French teacher from the 19th century, whose grammar exercises the text was based on. In each verse, grammatical exercises repeat a particular theme, the verb’s tense or modus. Like Nougé’s text, which uses worn phrases, Souris’s composition made use of identifiable elements of art and folk music so that they were placed, according to the surrealistic aesthetics, in an unusual textual context. Buzzling and poetic tensions are created between banal, verb-conjugating sentences, removed from their logical connections, and the expectations and emotions aroused by the music.

The work was performed for the second time in January 1929, surrounded by Magritte’s paintings and preceded by Nougé’s presentation. Nougé sought to distinguish surrealist aspirations from some of the modernist musical aspirations that, in his view, set the bar too low. Having abandoned the alieniated and autonomous musical experiments as well as the expression of already existing thoughts or emotions, as the task of music, Nougé sets his higher goals for music. Nougé acknowledges that music can not represent ideas, but he goes on to state that even the ordinary language has other functions than representation. For Surrealists, the most interesting feature of language was not that it was able to express thoughts or feelings but rather the ability to generate them. Instead of expressing pre-invented and existing language-independent thoughts and ideas, both language and music can affect us strongly by generating entirely new ideas or feelings. Nougé speaks for shocking, frustrating and revolutionary inventions and creations that succeed in transforming our lives. According to Nougé, music is capable of doing this, if it takes seriously its own possibilities, and does not content itself with cheap substitutes, routines, pure art for art’s sake, or entertainment.

Because the Surrealists believed the language did not just reflect the reality but also created it, they also believed that the revolutionary transformation of our conventional means of expression will ultimately change the world, not just art. That is why they were very serious about literature and art. Consequently, they were also critical toward the art-for-art’s-sake kind of modernist art, or art as the artist’s self-expression. Instead of originality, the Belgian surrealists rather strived for stylistic anonymity. They also did not want to submit art to the goals not belonging to it: political propaganda or promotion of their own artistic careers. The absolute opposition to all kinds of careerism eventually led to Souris’ separation from the Belgian surrealist group. Souris had agreed to lead the Brussels Symphony Orchestra at the “Art Fair” event in a in dominican church in 1936. Souris’ participation in such a world and especially in a religious ceremony was too much for the surrealists who immediately published a flier Le Domestique zelé, in which his actions were condemned.

Nevertheless, Souris never abandoned surrealism and its ideals. He made reconciliation with Nougé later and was still in correspondence with Magrtite. He also published his texts in the surrealist newspaper Lèvres nues, edited by Marcel Mariën, and attended a surrealist colloquium organized at the Ferndinand Alquién’s Cérisy-la-Salla Cultural Center in 1966. There he discussed the contribution of the Belgian surrealism to other surrealism, which (the Belgian surrealism) at that time was fairly ignored with respect to the Parisian surrealism. In his speech, he returns to the question of the possibilities of surreal music. He diagnoses the nature of the problem accurately. The starting point for surrealism is the presence of reality and the subjection of reality to metamorphoses and changes that reveal the surrealism contained therein. Music, however, is abstract in nature, and does not seem to refer to the reality in any way. That is why Souris thinks that the only chance for surrealism in music is to go from what’s real: musical clichés and ready-made forms, of which people know what they refer to. Just like Magritte’s surrealist art uses well-known and banal objects. And once again Souris points out his admiration toward Stravinsky and notes that if someone has done something similar to his compositions, it’s Stravinski.

In addition to his actual compositions, Souris wrote film music and did arrangements for old music and folk songs. He also tried his hand as a supplier of transcripts for old lute tabulatures. In addition, he published a wealth of music-related essays covering topics related to the relationship of music and surrealism, and the theory of dodecaphonic and serial music. Like other surrealists, he did not restrict his expression to only one type of art: he also wrote poems. However, his own music production was, in the end, rather small. But that was not surprising: he did not compose for living, or just for fun of it, but out of awareness of the music’s revolutionary importance.