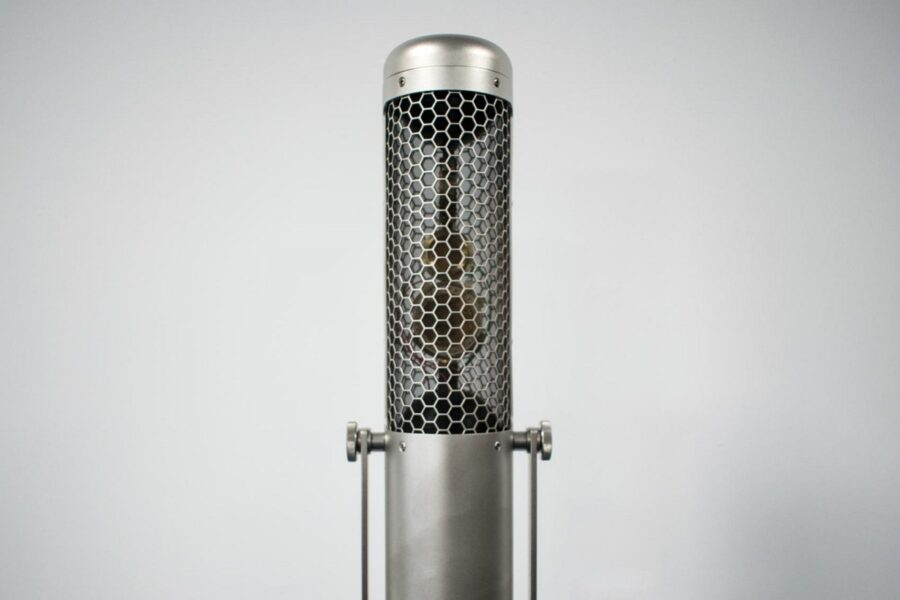 Sound Liaison is a project founded by Frans de Rond and Peter Bjørnild in order – and this already sounds promising – to build a bridge (liaison) between the studio (engineer and musicians) and the people who love to listen to beautiful music using high quality audio equipment. That’s us, isn’t it!

Sound Liaison describes itself as a small audiophile type record company from the Netherlands. They claim that they do audiophile-level recordings but not just for the sake of sound quality. Among other things, the idea is to organize, next to standard studio recording sessions, special recording sessions with a live audience in a professional studio; and make the recordings available through the music shop of Sound Liaison as downloadable High-Resolution Audio. This kind of reminds me of what the Swedish loudspeaker manufacturer Marten has been doing in recent years in their SME acousticated listening sanctuary, and it’s not the only one. Small groups especially have experimented with one mic directly onto the analog tape with as little after-processing as possible. 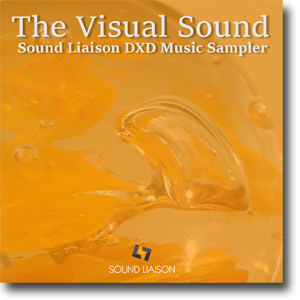 The album we’re talking now is called DXD Sampler. The format used in the recording is PCM 352kHz, also known as DXD format, using Merging equipment. The makers have compared 192 kHz to 352kHz (DXD), and claim that especially at the recording stage one hear a clear difference. DXD is said to have a more accurate sound stage and more depth, and sounds more natural, more analog. After mastering  metadata is added and the DXD files converted to all the other formats (FLAC 24/96, and PCM 320kb) .

So what’s so special about the DXD Sampler? First of all, they say, the recording engineer Frans de Rond is using all of his knowledge and experience of mic placement to create a sound stage, that ”projects an almost visual image of the musicians”. As a result, the sound stage is intimate but at the time possess depth and space, ”like a three dimensional Van Gogh painting where you can step in and take a look around”. Big words.

Second, all tracks have been recorded using state of the art equipment, with which Sound Liaison means first and foremost the Josephson C700S mic, but presumably other  equipment is of high quality too. 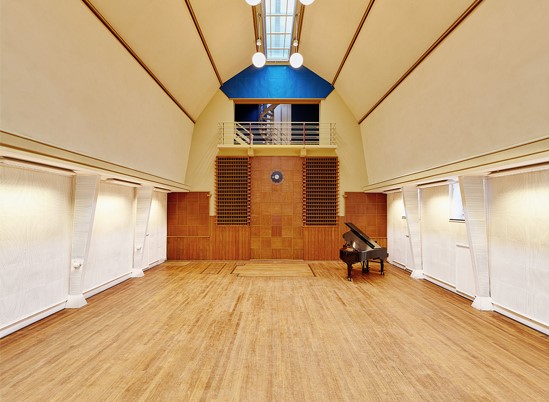 The Sound Liaison DXD sampler contains 10 tracks from the company’s latest 10 releases. Recording of the tracks took place in the legendary Studio 2 of the Dutch BroadCasting company. The studio is said to have a deep warm sound with a beautiful natural decay, perfect for chamber music and jazz ensembles. Studio 2 has reportedly remained in its original form since it was built in 1929, and together with Abbey Road, is one of the oldest recording studio in the world.

In Frans de Rond’s opinion, of special interest to the audiophile community might be tracks 2, 3, 6 & 9, because these tracks have been recorded using just one microphone, the mighty Josephson C700S and without any separation. The One Microphone approach was chosen for “perfect imaging, great sense of depth, superior realism and phase coherence”. This last feature (phase) makes them ideal for optimising speaker placement and finding the optimal listening position, the sweet spot, as we say.

Even with multi-micing the SoundLiaison spends a great deal of time getting the balance of the musicians right by using a stereo pair of ambient microphones, before adding the spot microphones, this being the method to make the listener actually ‘see’ the band in front of him between the speakers.

The task is about creating a sound field that is intimate but at the same time has enough depth to reflect a visual representation of the instruments. Fair enough, the objective is well defined.

According to SoundLiaison, with multi-track recordings it is possible to make instruments sound louder or softer. However, when such a recording is done in one room, phase becomes a problem and controlling all the individual sounds requires that the instruments are recorded from a very close distance. This can have its own charm but it is also a bit unnatural because most instruments are designed to project their sound, and not to be listened from a too close distance.

Another problem with the ‘multi-mic’ technique is that the spill between  different microphones greatly influences on the sound quality and potentially causes big phase problems. The situation can be remedied to a certain degree by isolating the instruments but excessive separation produces a bunch of separate sounds instead of one organic complete sound. Not good! 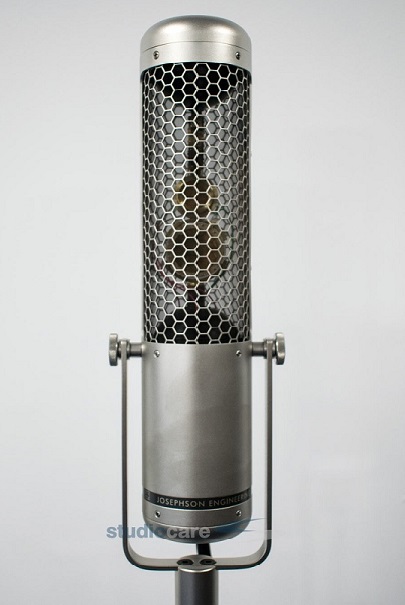 What would be a microphone up to the job? According to Frans, some such mics make drums and piano sound too distant and the soundstage unnatural. The three capsule Josephson C700S was selected for its natural sound but also for the excellent off axis sound. The mic is used in a MS stereo configuration. The M (Mid) is build up out of two capsules, one omni and one figure of eight. Together they form a perfect cardioid. The third capsule (Side) is again a figure of eight.

The Josephson C700S in its place, the instruments are placed around the microphone rather than the other way round. But. There are certain preconditions: to manage with one mic, the acoustics of the hall, the recording venue, has to be good too, ie. must have a ‘good sound’ of its own. I’ve heard this before several times from recording engineers.

On the “one mic, one take” basis, it’s quintessential that the musicians area skillful!

The same holds about the other requirement: on the “one mic, one take” basis, it’s quintessential that the musicians area skillful! Not only for the obvious reason that repairing mistakes afterwards is no longer possible, but also because mixing is no longer possible. The complete sound stage must be configured on the spot by carefully moving each instrument closer or further away, as well as left and right, in relation to the microphone.

It is the musicians who have the responsibility to create the sort of musical balance, which makes need for compression unnecessary. All the musicians in the same room at the same time means the “boxed sound” is absent. The result is entirely free of phase errors and very natural sound follows with a wide and deep soundstage.

And how does it sound in practice?

I will focus solely on what seems to have been the main goal of these recordings: namely, a perfect balance between intimacy and the soundstage depth. Other variables such tonal accuracy of the instruments (timbres), dynamics etc. are not irrelevant, but in the context, of less importance.

Frans de Rond mentions the charm of multi-micing from a close distance: extra intimacy, as exemplified by numerous sweet recordings of small jazz ensembles (preferably with a female vocalist). Do they sound artificial? Certainly. Seductive? Absolutely. For this reason it is tempting to think that recording is all about manipulating the sound systems (recording and playback) in order to achieve the most appealing, most impressive, not the most accurate end-result. Compared to this, the objective of naturalness of the sound (how we/our brain think the vocalist sounded in the recording venue) appear less essential. Frans de Rond disagrees: with his method he claims he’s able to retain some of the charm of close multi-micing without loosing the natural three-dimensionality of the sound stage. Eating the cake, and have it?

Having said this, I must say that Frans de Rond & Co have managed to strike a balance between intimacy of the performance and the soundstage in the big way, better than numerous other albums on which the sound engineers have tried the same!

A tough task. Manipulation means working on the sound for the absolute pleasure of listening to it, and caring less about how natural it might be.  Alongside this, the ‘pleasure’ of hearing correctly recorded phase seems indirect at best. Similarly, learning how the soundstage might have been in the actual recording session, seems more like an intellectual virtue vis a vis the emotional reaction sought through manipulation.

Having said this, I must say that Frans de Rond & Co have managed to strike a balance between intimacy of the performance and the soundstage in the big way, better than numerous other albums on which the sound engineers have tried the same! Really well done. This is a superb recording in every respect: tonal balance, timing, spatial delineation etc. And it’s a pleasure to listen to!

No Spotify, no Tidal

Note that the albums by the Sound Liaision are not available on streaming services such as Spotify and Tidal. Why? Here’s the explanation: “Because the audio quality on these streaming sites is simply not good enough, and the music of the Sound Liaision does not fit the spotify mould where the chorus of a song tends to start within 15-30 seconds. A slight effort in order to obtain the music, makes the searcher value more the music itself. And last but not least, we want to pay our artists their fair share of the profits being made.”

Frans’s interest in audio technology can be traced back to a childhood enthusiasm for electronics and music. He studied recording technique as well as double bass at the Royal Conservatory in The Hague, the Netherlands. Frans currently lives in Hilversum and works as a sound engineer at Studio 1 and 2, one of the legendary recording studios in the building of the MCO (Muziekcentrum van de Omroep). He is a very active sound engineer with broad field of experience from CD recordings, radio and TV to live concerts. Frans has received several awards for his work with radio plays. His ability to create an almost visual sound field has made him the most popular engineer for radio plays in the Benelux. The ability to make sound visual is also what makes the audio recordings of Frans de Rond so unique. Frans’s aim is to capture the spur of the moment as close to the natural, organic sound of the instrument as possible.

Peter started playing bass after attendng a concert with Tanja Maria and Niels Henning Ørsted Pedersen. He studied privately with Niels Henning Ørsted Pedersen and at the Royal Danish Conservatory of Music. He moved to the Netherlands in 1985 to continue his studies at the Koninklijk Conservatorium in the Hague. He graduated in 1989 with a performance diploma in Classical and Jazz music. Peter has played and recorded with a wealth of musicians in a broad musical spectrum ranging from; Classical with a.o. the Residentie Orchestra to Big Band with a.o. Thad Jones to small group with a.o. Carmen Gomes, Phillip Harper and John Engels to theater “Brell, de zoete oorlog” with Jeroen Willems.

Peter has even played Circus music for one long summer in the Tivoli Gardens in Copenhagen. As a producer Peter has worked with a.o Carmen Gomes and STS Digital. Peter believes that a recording should be as realistic and beautifull sounding as possible. As if, when closing your eyes, you find your self in the best seat of the Hall.