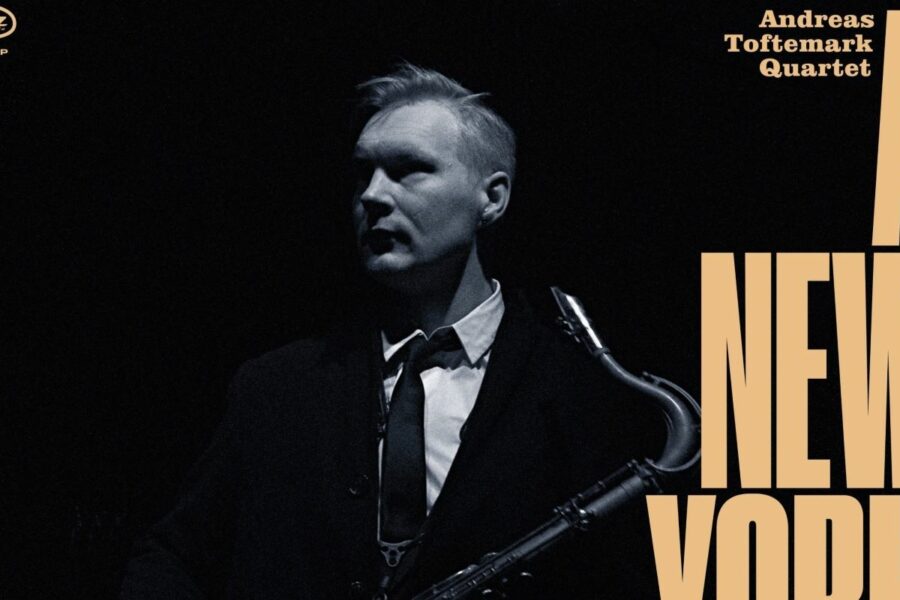 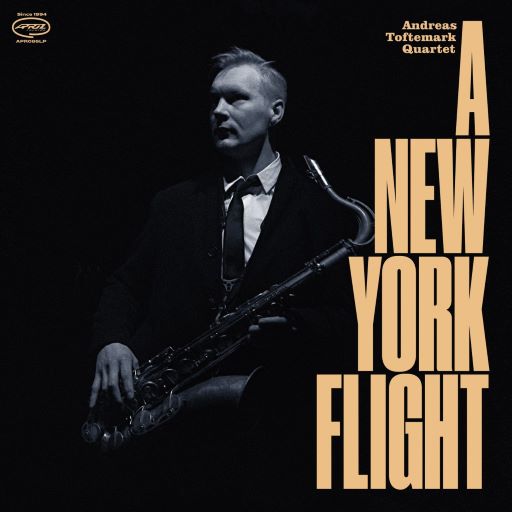 Having spent four years or so in NY (previously three in Amsterdam), gigging and smelling the atmosphere, honing his skills, Andreas Toftemark, a 30 year old jazz musician returned to his home town Copenhagen, Denmark, to record a discful of jazz ballads in which his tenor saxophone leads the way. The end result, the album, is entitled A New York Flight revealing Toftemark’s love and respect for the musical capital of tenor saxophone tradition.

To come to this point in his career, Toftemark studied with eg. Joel Frahm, Ben Wendel, Sam Yahel and Eric Alexander, and has  performed all around the world with various renowned jazz artists.

The album includes six tracks, four of which classic American jazz repertoire standards such as Love Me Or Leave Me or Autumn In New York, and two composed by Toftemark himself.

The material was recorded late summer 2020 at The Royal Danish Academy of Music, Copenhagen, Toftemark on Sax, Felix Moseholm on Bass, Calle Brickman on Piano, and Andreas Svendsen on Drums, a quartet that appear to be well aware of the tradition,  and capable of blowing in the same direction.

The material throughout the album is well played, pleasurable melodic jazz, nicely swinging and pulsating, and constantly maintaining a dialogue between the past and the modern. Toftemark’s two own compositions fit the whole, and although respectful of the tradition, sing with their own voice, featuring Toftemark’s strong tenor solos but also Brickman’s prominent piano solos.

As for the four classics, as fine and sweet they are, one might ask if  Toftemark’s take on them, and the arrangements in general, are too faithful to the legends? It seems that on some tracks Toftemark is aware of the risk keeping his own melodic variations in the safe distance from the originals. At some other moments things get melody-wise perhaps a bit too mellow and romantic emphasizing the ballad-like nature of these classics. To counterbalance Toftemark takes degrees of freedom in his rhythmic treatment of the material,  in which aim the rhythm section well supports his interpretation. This rhythmic freedom is also present on Toftemark’s two own compositions.

The back cover of the disc suggests that the overall theme of the album is love and passion. In this respect it reminds me of the pianist Iiro Rantala’s disc Anyone With A Heart that pursues good-heartedness and positivity, but in so doing also kind of misses something, and slips toward conservatism. That is not the direct risk here but the overall purpose seems to be to entertain the listener’s soul rather than the intellect, thus opening the door to immediate enjoyment.

Sonically the recording is quite successful, clear but not cold, revelatory of acoustic details of each instrument. Toftemark’s sax sounds as a sax should, in a good relation to the rhythm section and  to the acoustics of the recording venue. Be sure to hit the correct playback volume, not to let the sax sound overwhelming.

The label, April Records, is based out of Copenhagen and is releasing a wide range of emerging Danish jazz artists, with a focus on high quality vinyl. If you’ve got a suitable playback system, go for the LP. Sonically it’s always worth it.

Summing up, anyone who’s into this music will welcome the release as offering resources for traveling through his or her musical universe.