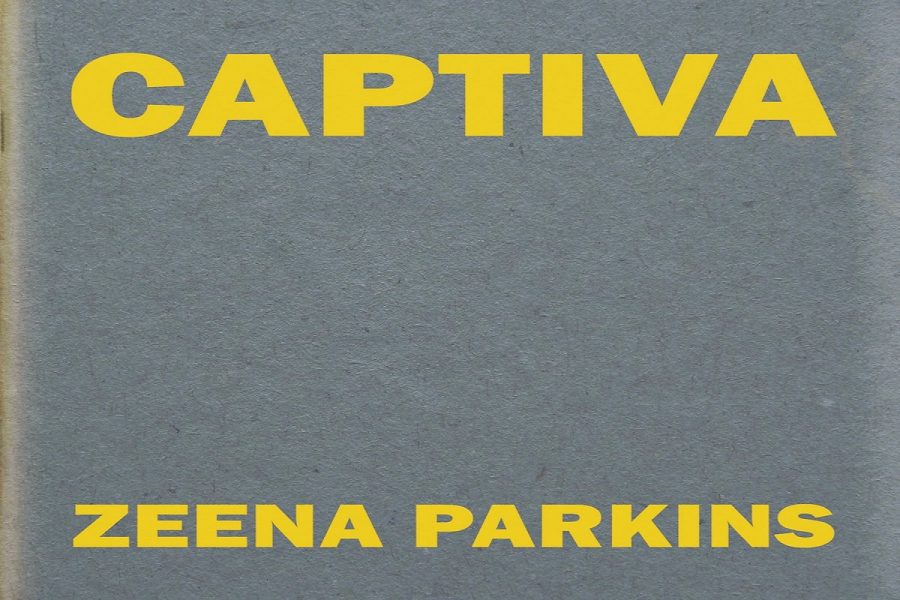 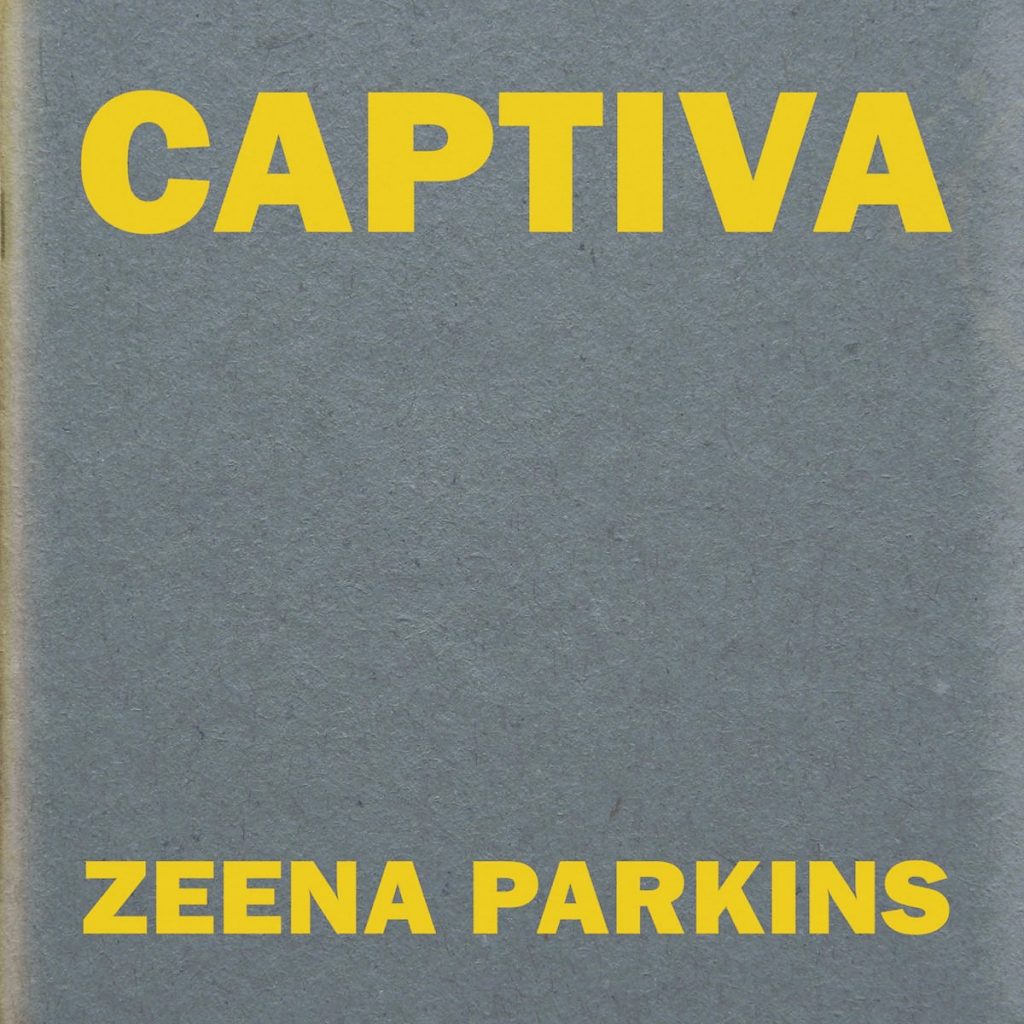 Pardon me the banal expression but this is immensely impressive material! Purely sonically. Imagine a full spectrum of sounds, coming from a harp, from inviting whispers to earthquakely bows, and multiply it by a factor of 10, and you’lle get closer to the truth.

The New York avantgardist and multi-instrumentalist/composer Parkins is not a newcomer in contemporary harp practice. On the contrary she is world-famous for her ‘experimentalist’ – to say the least – performances (collaborating with artits such as Björk and Ono). More than perhaps anybody else she can be credited for transforming her instrument, harp, into a “sound machine” with a quasi limitless capacity of expression.

That indeed is what the latest album Captiva is about: a sound machine in full operation, realizing its full potential. Contributing to the album’s unique sonic character is the fact that Parkins is not just making use of one of her special electric harps (three of the tracks have been marked as acoustic and two electric) but an acoustic harp as well, together with something that Perkins calls ”objects”, and all that through ”live electronic processing”.

It’s not unveiled what the objects are their function seems clear enough: to prepare Perkins’ harp for the extended sonic fireworks (a sharp ear can detect sounds that are not coming directly from the harp itself).

To what extend the layers of electronic processing are to be thanked for the end result is not clear but my feeling is that the role hasn’t been unimportant. Moreover, it is obvious that Captiva’s ”magnificantly colorful and radiant sonic universe” is also brought about by means of Parkin’s inventive use of unusual playing techniques.

The minute I heard the first two tracks, atypically through the headphones (AEG), I lusted to rush at a really competent and sophisticated hi-fi system to hear how the material would really sound. It’s not that the Captiva would not sound superb through headphones too but that’s never the same. I trust that You know what I mean.

Curiously enough, the system I had in mind was not my widebanders nor Altec/Lansing horns but something more conventional: full-range dynamic speakers (Peak Consultant, Avalons, B&W etc.) with rugged solid-state amplification (here the possibilities are too many to mention examples). 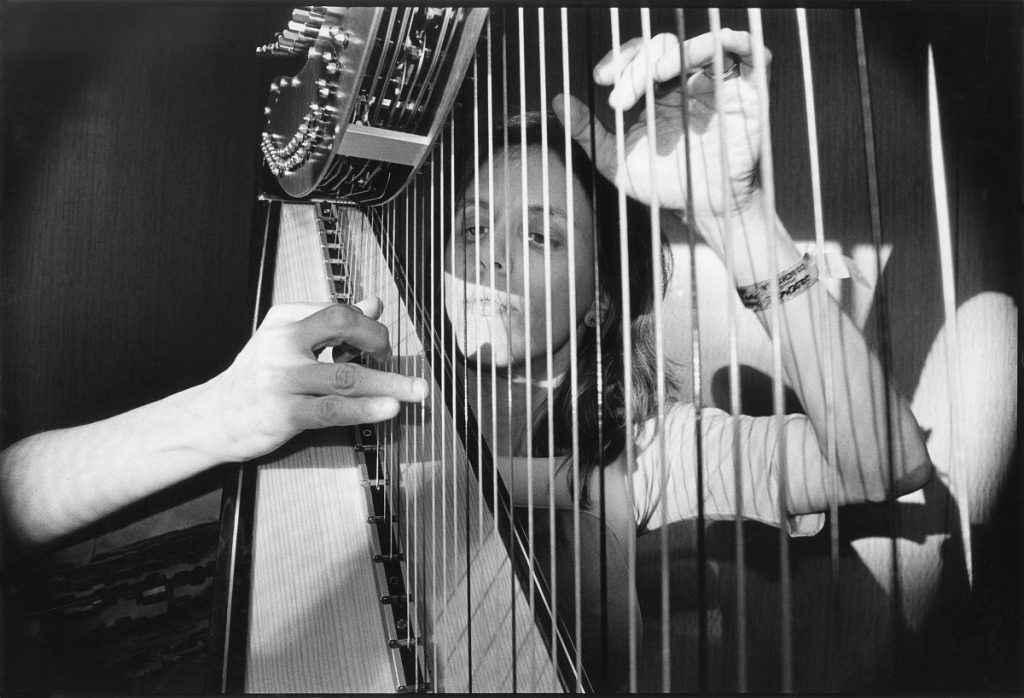 The reason for the choice is that there are two levels of sound reproduction here. The first, the objective level, presents the whole spectrum of sounds from the lowest to the highest, from the most clouded to the clearest skies, from the most delicate to the most massive, and so and so forth, as we normally conceive and evaluate them in HiFi.

On this level, Parkins’ music and sonics yearns for an indirect play back style like a thirsty man water. The music sure is acoustic but where we would normally want to experience it intimately ”first hand” that is not the case with this album.

Then there’s the second, more difficult level. On this level, Parkins’ music and sonics yearns for an indirect play back style like a thirsty man water. The music sure is acoustic but where we would normally want to experience it intimately ”first hand” that is not the case with this album. My widebanders and horns would be, so to speak, too spontaneous, too expressive for this sort of sonics. Expressiveness is not what Captiva needs from a play back system but impartiality and neutrality. Indirectness.

I still remember when the B&W Matrix 801 loudspeaker was introduced. The room was rather well acousticated, the sound in all respects highly competent, distortionless, superbly dynamic etc., ie. everything was more or less perfect but for one reason or another I quickly realized that it was not for me, not my kind of sound. If anything the sound was not inspiring, not life-giving. Had I those speakers now I’d ask them to do Perkins’ Captiva for me, for the kind of ‘boring’ sound is exactly what is needed here, a speaker that does its job securely and unshakably, inconspicuously.

The music? Improvisational yes but not arbitrary. There may not be clear melodic lines (who would long for a melody in the 21st century?) but the standard ways we would be using for characterizing music apply here too.