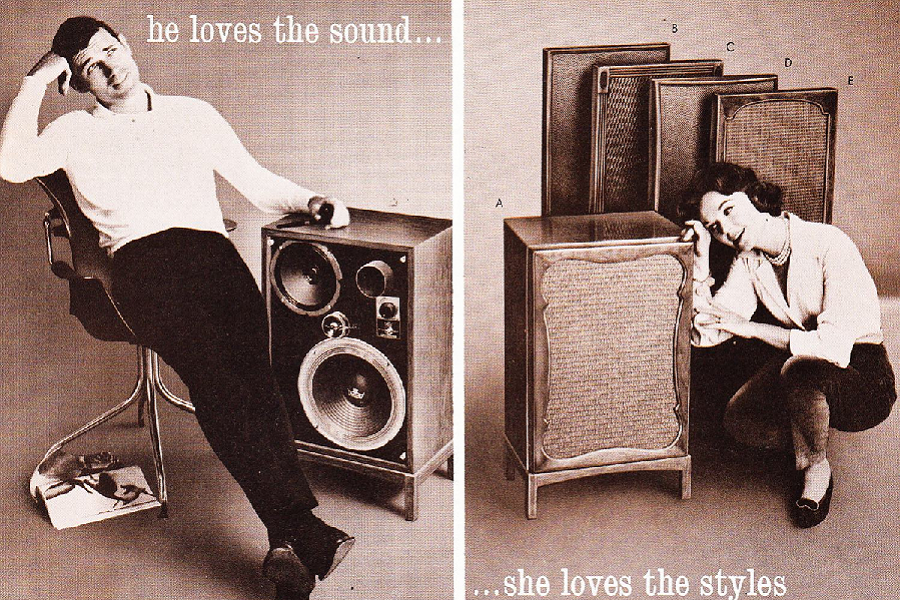 What is it that he loves?

Some time back, the Swedish Hi-Fi Magazine Hifi & Musik posted this nice 1963 ad on the Medallion XII loudspeaker by the American University Speaker System. Both, he and she,  seem to like the loudspeaker, she because of how the speaker looks, and he because of its sound. Right? No!

He obviously loves the speaker but that’s because he thinks it looks cool without the grill. Naked, revealing its deepest technical nature.  Like 99 per cent of people she cannot stand the grill-less speaker at all: it looks too technical, vague, speechless, too nothing. In short, for her his speaker looks unambiguously ugly.

It appears that times are on her side. I recently saw a documentary on the Royal Palace in the center of Stockholm. The Royal Palace of Stockholm is His Majesty The King’s official residence and workplace. The palace is built in baroque style by the architect Nicodemus Tessin and is formed as a Roman palace. The palace has more than 600 rooms divided between seven floors.

The film revealed that whatever technical improvements and breakthroughs the engineers had invented and implemented over the centuries, the architects always rushed to hide them from sight by means of all sorts of clever constructions so as to maintain the original beauty of the interior.

It takes an audiophile to appreciate the visual presence of the loudspeaker units, and its technical innards, for whose beauty ordinary citizens have only a blind eye to offer.