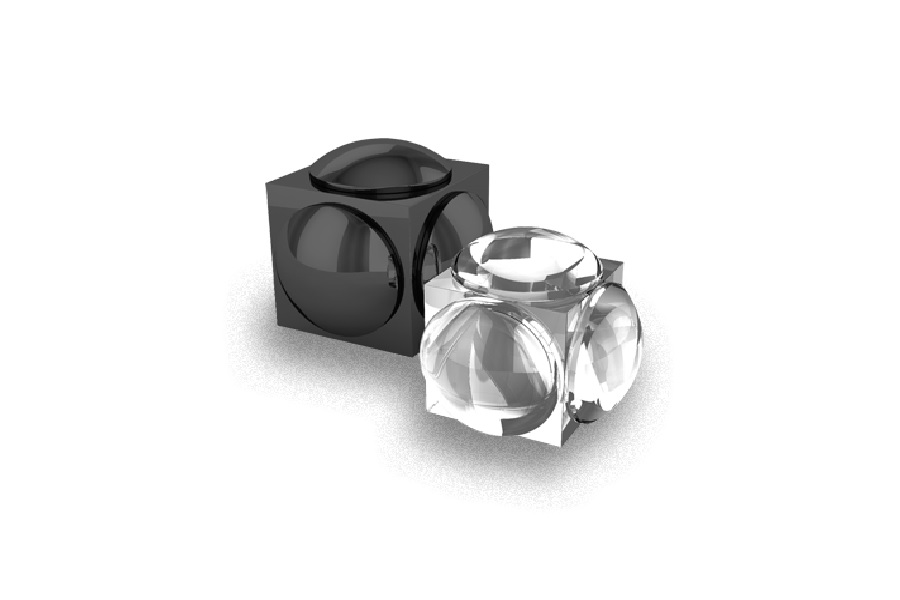 Some content to what’s necessary (eg. place the turntable on a stable platform) but others rub their system and room again and again in order to have a full control over the sound. Control freeks? Maybe. Fun seekers? Definitely. Knowing what a quality equipment rack, isolation feet, Schumann resonators, Franck Tschang’s resonator bowls etc. etc. etc. can do to the sound, there’s no way for me personally to going back. I stress: personally.

I’ve tuned and tweaked my relatively small listening room for years by means that others would call imagination (the late Finnish film director and historian once said: “If you don’t go over the limits of absurd, it is not worth of starting.”). The fact that I certainly have my preferences implies that not all measures yield equal results, which makes experimenting worthwhile.

Creaktiv Audio/Systems from Germany is known for audio furniture but also anti-“electrosmog” hi-fi-accessories. The products include items such as Twister Stops, Tuning Chips, Power Plug Optimizers and Hybrid AIR field Equalizers. Common to all is the ci2p technology (creaktiv integrated information process) that is said to reduce the amount of electrical and/or magnetic fields in the listening room, and thereby enhance audio/video experience. 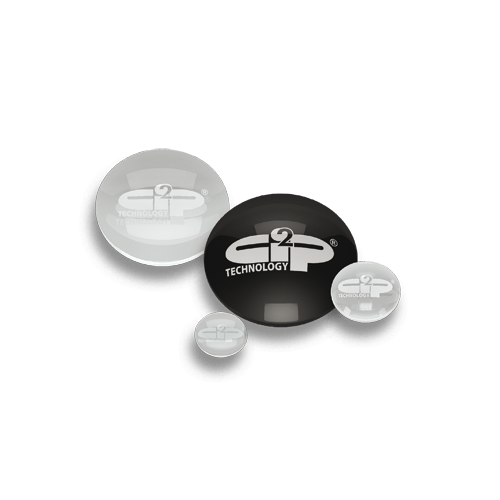 Twister Stops are “specially treated glass lenses to minimise the harmful effects of electrosmog”. Originally designed to be used on windows and mirrors by people who’re particularly sensitive to electrosmog they’re also suitable for hifi-equipment.

The manufacturer recommends to install 2 (or better 4) Twister Stops in the corners of the display of any CRT, plasma, LCD or LED TV, and wait for a dramatic improvement in video/audio performance!

I’ve used Twister Stop lenses for a long period of time on windows and doors of my listening chamber. Once I thought I could live without them and removed all to let my wife clean the windows, but quickly returned them to where they used to be after the cleaning operation. They’re that effective.

And it’s not just me: I know some professionals who too use Twister Stops, and as far as I know believe they’ve got a good reason for doing so.

Provided that you’re broad-minded enough, I’d suggest to try the lenses in open wall sockets (eg. with blue tack or something). And once you’ve gone that far, you’re probably not unable to try the lenses on the fuse box or on the main fuse holder. Well, I did anyway. 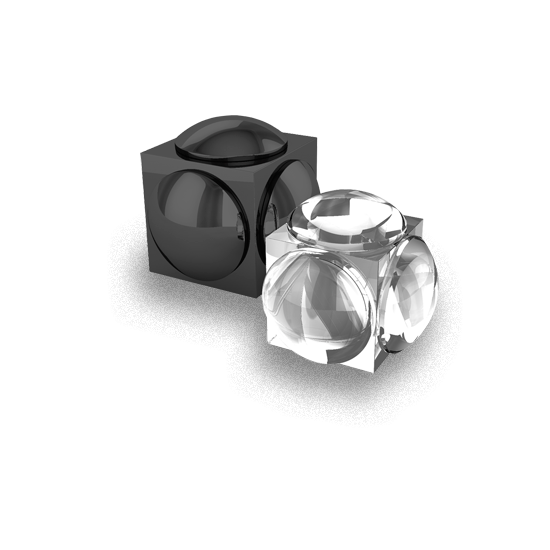 Twister Stop lenses exist as a 2D and now 3D version. Twister Stop 3D absorbers (48x48x48mm) are meant for the corners of the listening room where “they harmonise electrical and electromagnetical fields both horizontally and vertically”. The black ones are more powerful than the transparent ones.

As with Twister Stops simpliciter the 3D Stops can be tested almost everywhere in the room including the floor and the ceiling. I used them to replace the Stein diamonds in my Stein Harmonizers. Why not? 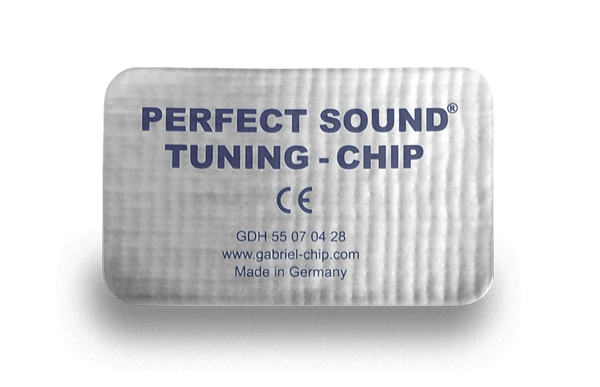 Creaktive’s tuning chips (“act as a dielectric and with its eddy current ability as a passive, modulating and reorganizing element in the field”) come in three different sizes. My recommendation would be to experiment with them especially when the main music source is a digital device that sends nasty digital messages to sensitive ears.

I’d start with two of the bigger chips and attach them to the main power cables of the devices. However, adding too many of them is like adding too much salt on a steak: the sound gets thin and lifeless. Tuning is not endless euphora. 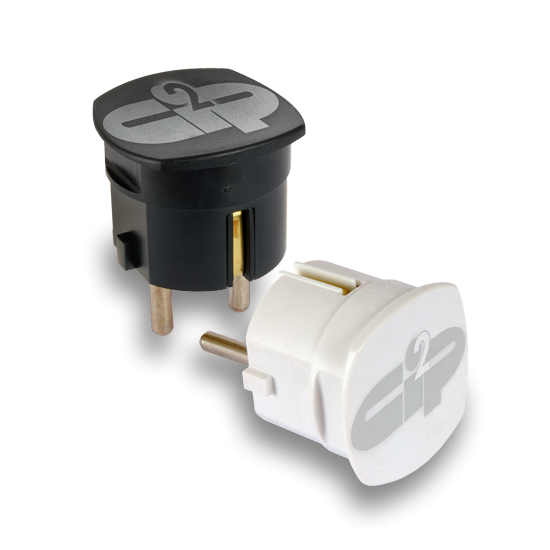 Inside the Power Plug Optimizers there’s similar “white putty” (like the blue tack) to be found in Creaktive’s other products such as their RCA and digital cables. I have no idea what stuff it is (possibly contains some minerals) but as long as the Plugs appear to work, I’d not worry about the exact formula. 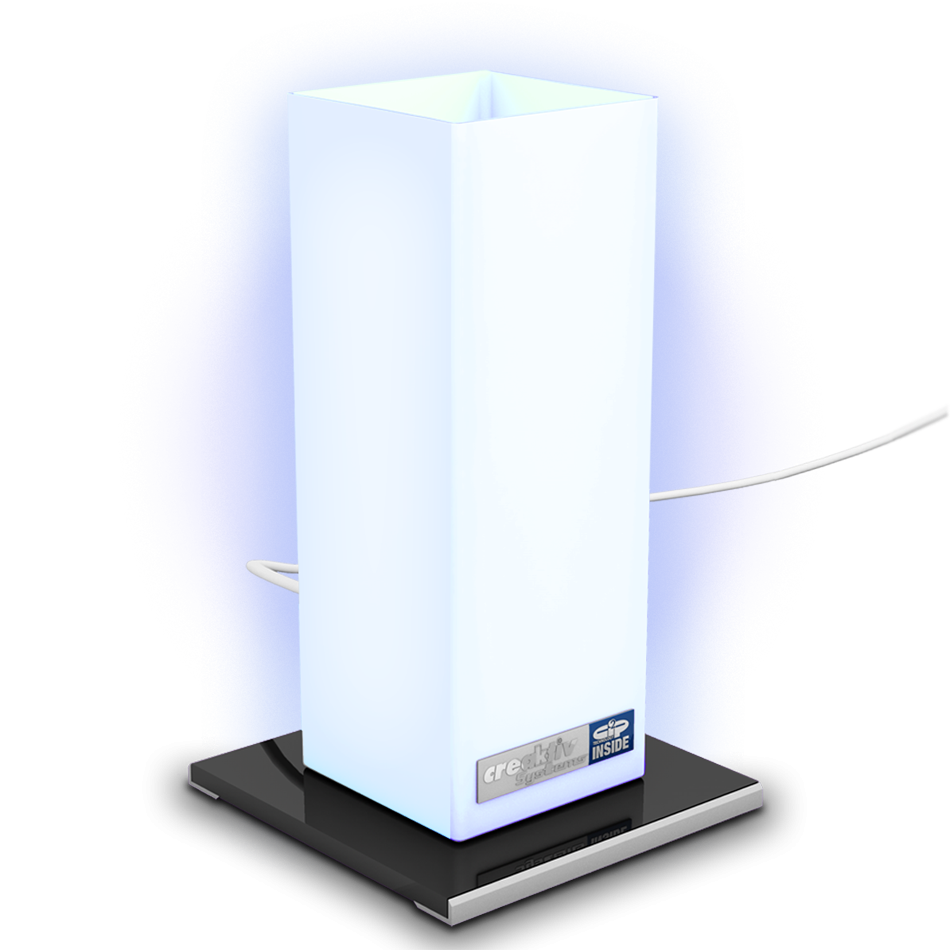 By far the most spiritual Creaktive product is their room tuning device Air Field Equalizer that uses a specially informed blue light to balance the electric field variations (electric smog) in the listening room. “Through the field strength adjustment the sound runs through a homogenous and natural medium (better air properties) and improves three-dimensionality, detection and playback detail-richness.”

I received two of these lamps for experimenting, and placed one behind the speakers and the other in the between. Fantastic as it may sound the lamps did appear to change something, not dramatically, but to a noticeable extent.

What I like about the Creaktiv’s approach is that their products do not seem to conflict or interfere with other room tuning systems, which is not always the case with similar products. I had no problems with applying them together with Stein Harmonizers, Schumann resonators etc.

And as always, if the customer isn’t convinced, there’s 14 day money back guarantee.