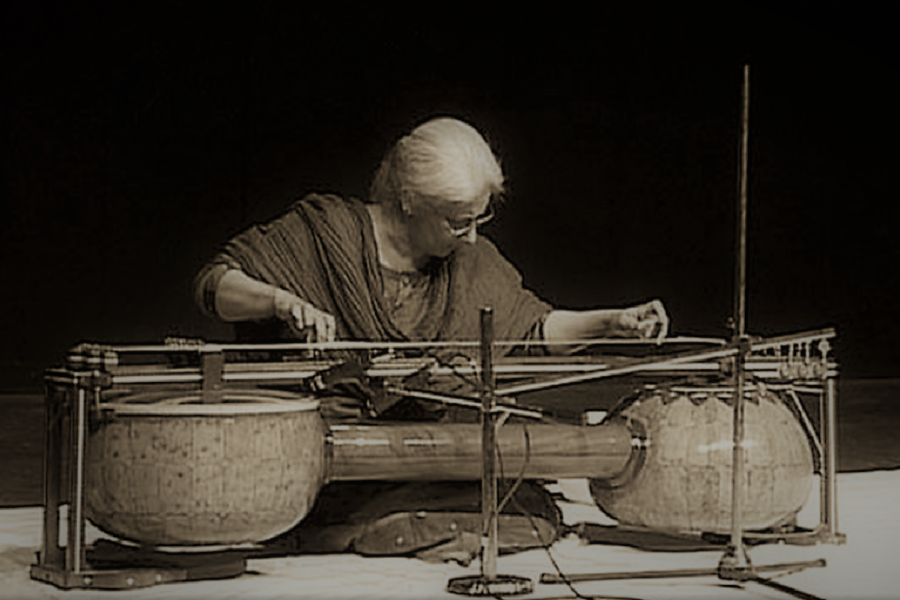 On the same occasion that I welcomed the Bhulley Phono amp for a review I received a CD containing traditional North Indian / South Asian music played with a solo instrument. Was it for me to get in the right mood or for some other reason, I don’t know. When I later played the record to a younger woman who in her hectic life had slipped away from music listening, lost the lust of it, a strange thing happened. She listened to the CD, not very consciously, not commenting on it right a way in any manner, but then later quietly said: now that I’ve heard this music, I feel that I should, again, pick up music and let it be part of my daily life.

What was the music so influential?

One of the departments of the Sanjannagar Institue is devoted to Musical Instrument Making and Design. Like other activities on the Institute, instrument making is based on higher principles developed in a relevant field of knowledge. In this case, musicology. Developing relevant philosophical concepts is the task of the Musicology department. Understanding music, South Asian Classical music in particular, combined with the knowledge of sound, materials and acoustics, is what the instrument making is about.

The stated aim is this:

The musical sounds are said to enable people to connect with, activate and evoke complex and subtle human emotional and mental processes.

“To identify and explore in detail the different components which go into the making of musical sounds, such as compound or layered resonances as perceived by the human ear, timbre, and other subjective as well as objective factors that pool into the making of these components.”

The musical sounds are said to enable people to connect with, activate and evoke complex and subtle human emotional and mental processes. In more concrete terms, the objective is to develop new instruments (or modify old ones) suitable for expressing the richness of South Asian classical music, with the ”capacity for producing complex and dynamic resonances, and micro tones, along with a greater variety of sonic timbers” than is the case with current Indian classical instruments.

In developing the instruments, their sound is critically monitored through listening to their recordings made on ‘Bhulley’ sound reproduction systems, developed and constructed by the Institute’s audio engineering section, and incorporating the feedback of the musicians. 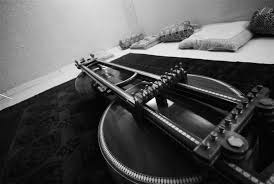 The Instrument Making department’s main undertaking has been the designing and making ”Sagar Veena”, which is said to be a completely new addition to the existing variety of stringed instruments for playing North Indian classical music.

“Sagar” stands for ocean in Sanskrit, “Veena” is a generic term used to classify the family of stringed instruments (known as chordophones in Western musical nomenclatures).

Initially the idea for a new instrument came from Raza Kazim, the head of the Institute, who felt the need for a bigger range of timbres and octaves than was featured by the then existing instruments. He envisaged a ”nine-stringed instrument with three wires in each sthan (octave), providing 9 timbres, four and a half octaves, and a resonance which comes close to human sensitivities”. The three requirements.

The current version of the Sagar Veena is a result of 40 years of development and refinement. Seven prototypes were made. The project has greatly benefitted from the contribution of a professional instrument maker Mohammed Riaz.

Sagar Veena features new materials, lighter structural components, and a separation between its vibrating part and the resonating components, which enables the latter to resonate fully and freely without any tension imposed by the strings attached.

The current Sagar Veena features new materials, lighter structural components, and a separation between its vibrating part and the resonating components, which enables the latter to resonate fully and freely without any tension imposed by the strings attached. Moreover, the tumbas are quite different than traditionally: the gourd is first cut into smaller pieces and then joined together further adding to the resonance of the sound.

Sagar Veena is an unfretted stringed instrument. Its vibrating part consists of nine playing strings and two drone chords, a wooden bridge with silver transmitters orjowari, and the sounding board. The nine playing strings are a combination of the three asthans in Indian Music, the Mandrasthan (bass), Madhasthan (mid range), and Tarasthan (highs); three strings representing each of the asthans.

In terms of the sound and acoustics, Sagar Veena is reported to have “an unparalleled range of timbres and pitch registers, and the overall sound quality rich and clear”. Music-wise the Sagar Veena should enable artists ”to think and create music in terms of dynamic-layered timbres and resonances, their subtle variations and the meanings they convey, which is where the main potential of music lies”. 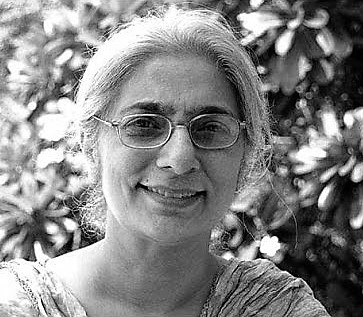 Raza Kazim’s daughter, Madam Noor Zehra Kazim, an educated musician, is currently the only musician who fully knows all the idiosyncrasies of the Sagar Veena. There’s a reason for that: she’s participated in testing the potential of the instrument during its development period, and she’s been rendering performances on the instrument on various occasions within and outside of Pakistan.

In terms of playing techniques, the Sagar Veena is said to resemble that of other Veena instruments, meaning that the instrumentalist slides a crystal ball (or some other object) across the strings at one end to produce and control different combinations and variations of musical sounds simultaneously plucking the strings on the other end with a plectrum to get the sound. However, playing the Sagar Veena requires a much subtler control in handling the crystal (pressures and tensions on the strings) and the plectrum too. The proper playing technique has developed along with continuously upgrading the instrument, and it still continues. 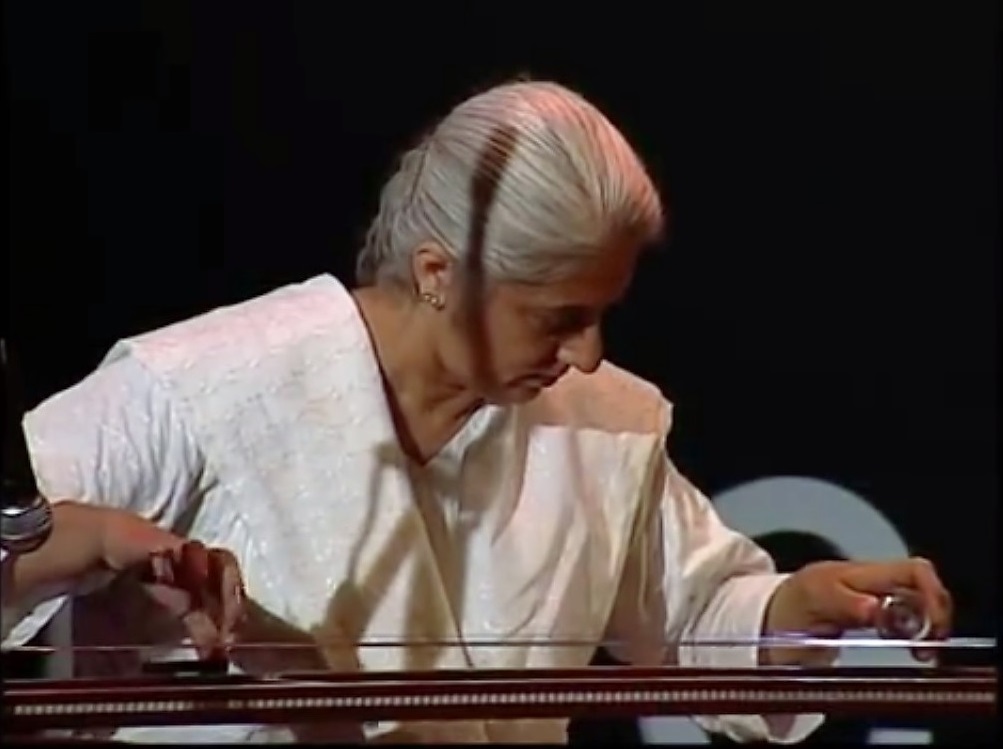 The CD I received was, naturally, one on which Noor Zehra plays the Sagar Veena. Three long unnamed tracks, just the music.

It goes without saying that the material on the CD, on a deeper musical level, was , by definiton, not open to me as someone coming from outside the North India/South Asian musical culture. Although to some extent educated in Western classic music, and despite the long experience of listening to it attentively and analytically, I felt illiterate with regard to the music on the CD’, its message and language.

If, for example, I was asked what exactly distinguishes a track from another, I’m quite positive that I couldn’t give a sensible answer. But did my superficial understanding of what goes in the music, and the inadequate ability to read its clues, prevent me from enjoying the music? Not at all. Thanks to its outer effect the music and all music has. In fact very rarely have I experienced similar calmness and stagnancy (this time in a good sense) as with this CD. The music drew my attention but at the same time let me live in the moment and be unconscious about its progression in a way that rarely happens to me with the Western classic music.

Did my superficial understanding of what goes in the music, and the inadequate ability to read its clues, prevent me from enjoying the music? Not at all.

It goes without saying that the Sagar Veena in Noor Zehra’s fingers sounds fabulous. It is easy for the listener to sink into the flowing, endlessly varying enriched sound. Long waves, short waves. Uphills, downhills. Slow progress, even slower progress. Eternity.

”The prime objective behind the Sagar Veena was to provide the artist with a rich and extensive palette of musical sounds and timbres evoking different kinds and degrees of pleasure.” That’s obvious. But the purpose has also been to ”have musical sounds, which enable the contemporary listener to focus upon and dynamically interact with, and develop their own deeper internal processes of sensitivities, feelings and thoughts”. Did I experience that?

I very much enjoyed how the music synchronized with the pace of my life during the listening sessions, but “getting in touch with deeper internal processes of sensitivities” would perhaps be too much to say, the reason probably being that the rich sounds and timbres of the Sagar Veena are not a genuine option to my ears. Still the possibility alone made me happy.

The following citation kind of confirms my impression:

”In the Sagar Veena the main players are not the tangible, measurable aspects of sound such as the pitch or the volume, but more intangible characteristics such as timbres, resonances and harmonics, and a wide range of them. The concept and the image of musical sound having such abilities is basically a product of a serious inquiry into the fundamentals of music and musical sound in Indian Classical Music, and the effects they evoke within the artist and the listener.”

The CD is recorded exclusively with an analogue equipment, with the collection of the best modern and vintage microphones (Brauner VM1s, Neumann M-149s, etc.) with a two-channel tape recorder (15 ips) with no overlaps or multi-tracking. Mixing is done directly during recording, not afterwards.

To hear this music correctly requires a playback system that possesses a superior ability to  accurately follow the music’s subtle pitch variation and nano-dynamics. The listener walks very close to the limits of hearing, both physically and culturally. With most decent Western playback systems, the CD is likely to sound ”good”, but the ease is only apparent: in reality, it is only those who’re deep in Noor Zehra’s art, and the qualities of the Sagar Veena, who are able to evaluate the playback system’s responsiveness to the qualities of this music.