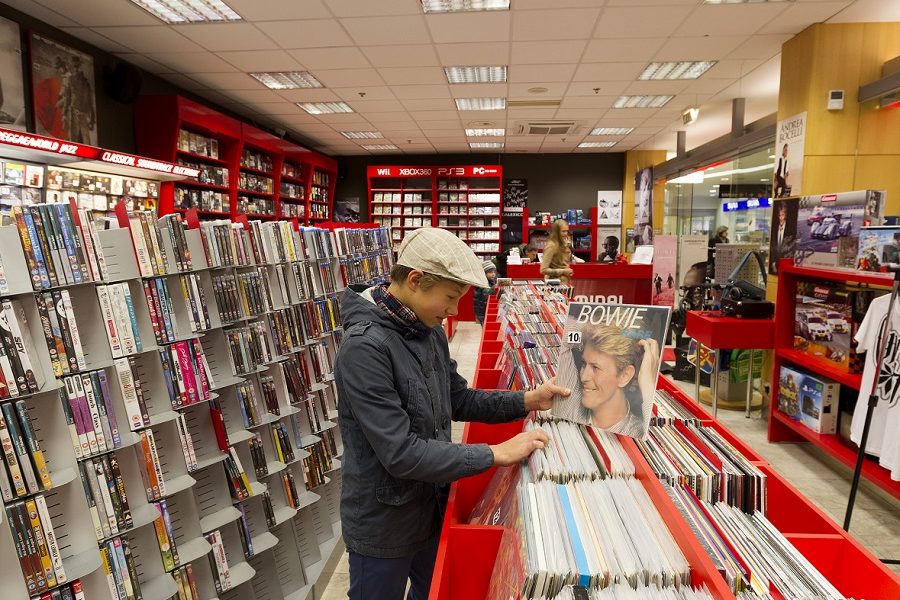 In 2012, several major music sellers in Tallinn closed their shops, just before the vinyl boom had hit Estonia. Although these sellers never were the ’hip’ kind to quickly pick up on all things vinyl and were part of major corporations.

The time of such sellers had come to a close and full circle back to independent record stores. With just the hip electronic and dance oriented Biit and old dog Lasering left, plus smaller shops outside the centre, we felt there was a place for a new entity in the local physical music market.

About three and a half years ago, Terminal had its humble beginnings near the Tallinn harbour – hence the name. We soon moved into Kaubamaja, though a major shopping centre, it still provided us with a location that is easily accessible.

Now settled in, we’ve defined what we’re good at and are evolving further. It was always going to be vinyl, that would be our main dish, though there’s an equally wide selection of CD’s besides plenty of merchandise, films and much more.

New vinyls sit comfortably with older releases and repressings, while a section is devoted to second hand vinyl brought from abroad to enrich the selection with less obvious digging material.

But mainly with music, we felt there was a need for a new place that offered something to everyone – from popular and rock to indie and punk, from funk and soul to electronica and krautrock, from folk and psych to blues to hip-hip to world… you get the jist – a specialist in variety, old and new. New vinyls sit comfortably with older releases and repressings, while a section is devoted to second hand vinyl brought from abroad to enrich the selection with less obvious digging material.

Those who’ve discovered us are pleased, many are now devoted. Thanks mainly to vinyl, there are more and more people coming in and becoming hooked, wanting to discover and dig deeper as well as becoming more aware of today’s possibilities in advanced audio. There are even some, who ditched physical music for easily accessible digital formats, and are now reverting back to vinyl for several different reasons.

We feel music needs to feel special again for those who became disenchanted and for the young to not miss out in an ever faster info age.

(Terminal is opened all week from 9 to 21 hrs in Gonsiori 2, Tallinn. Terminal’s online store is underway and will be completed this summer, with a view to start selling to Finland and the rest of the Baltics in the near future. Until then, check us out on facebook.com/terminalshop)