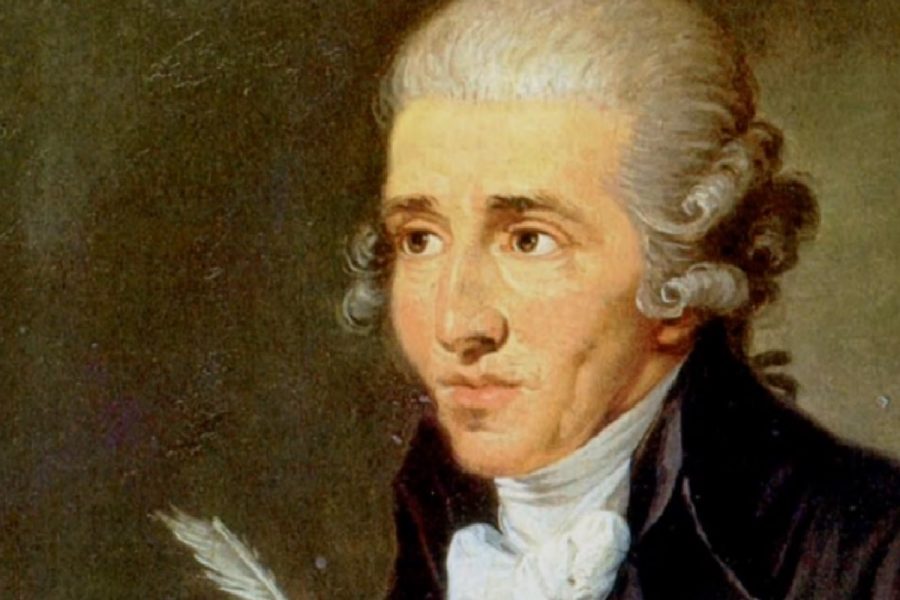 The long occupation (1761 – 90) as the conductor of the court of the princes of Eszterházy – first of Paul Anton and after his death Nicolaus – enabled Haydn to experiment with a variety of orchestral music. Isolated in a velvet prison, Haydn was, according to his own words, “forced” to be original, fresh. The task was made easier by the presence of a quality orchestra with many of the era’s best instrumentalists.

Working for the princes, Haydn developed, out of the baroque’s symphony-prelude, such symphony, as an independent compositional form, as how it was later interpreted in the classical music: a sonata for orchestra. When writing his first symphony, Haydn was 27 years old, and had already composed a great deal of other music.

Over 40 years Haydn wrote more than 120 symphonies. The twelve (No 93-104) composed in London, and the six so called Paris symphonies (No 82-87) are the most well-known pieces. In addition to the 104 numbered works there were two early symphonies marked with letters A and B as well as Symphony Concertante for four solo instruments and orchestra. Around twenty scores have disappeared.

Many of Haydn’s symphonies have a name: Morning, Bear, Clock etc. etc. Some of the names come from the composer himself, some originate from his contemporaries and some are related to some event at the time of the symphony.

The recording industry labelled Haydn’s symphonies as “name symphonies” in order to promote their marketing: a simple number and scale were thought to be too boring. Unfortunately many fine symphonies by Haydn are forgotten in this way. 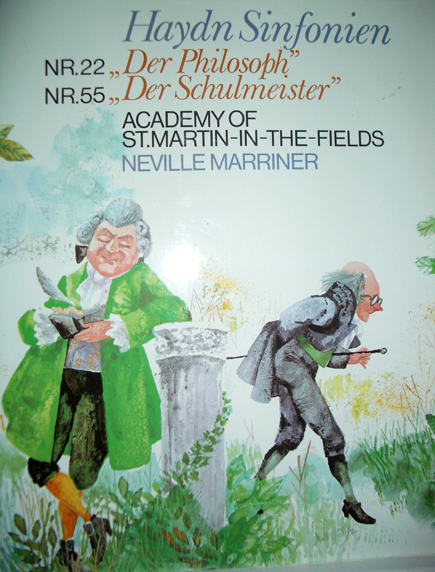 Haydn’s symphony No 22 Eb major, Der Philosoph, is a typical symphony from the early Eszterháza period, written for a small orchestra. Haydn wrote the symphony in 1764 at the age of 33. In addition to string instruments, the orchestra features only four wind instruments: oboes have been replaced by lower alto-instruments, English horns. The two remaining horns are French horns. English horns give the work a funereal tone.

The symphony begins with a slow adagio movement. That is not unique but still quite special at the time. The tone is contemplative. The wind instruments have a lot to say on top of the staccato sounds of the string instruments. Baroque is not far from this. It has been suggested that together with symphonies 5, 11, 18, 21, 34 and 49 the symphony 22 was originally written to be performed in a church.

Haydn described one of his early symphonies as dialogue between the Father God and impenitent, sinful man. One of the first Haydn biographers associated this with the opening Adagio of the symphony n:o 22. It was the contemporaries that named the symphony as “The Philosopher”.

The name is believed to refer to not just to the slow first movement but also to the unusual tone of the English horns. Together both provide the symphony with its individual character in many ways. The style resembles chorale prelude. It’s not excluded that the solemn theme intonated by the English horns is an old church melody. ”Muted violins, revolving suspensions and an immutable bass-line in steady quavers all contribute to the movement’s dignity and beauty”, writes Robin Golding (Decca). 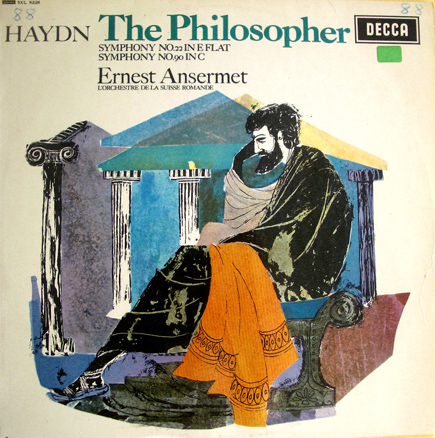 Recordings of The Philosopher are many. One that definitely deserves recommendation belongs to EMI’s series of Great Artists of the Century, in which the Birmingham Symphony Orchestra directed by Simon Rattle performs also one of the Parisian symphonies, No 86 D major and one London symphony, No 102 B major. The works were recorded in 1994.

Another fine interpretation of The Philosopher is by Ernest Ansermet together with the OSR (L’Orchestre de la Suisse Romande) from 1966 (Decca).

Haydn described one of his early symphonies as dialogue between the Father God and impenitent, sinful man. One of the first Haydn biographers associated this with the opening Adagio of the symphony n:o 22. It was the contemporaries that named the symphony as “The Philosopher”.

Recordings of other Haydn’s symphonies are listed and briefly evaluated in the latter part of the article in Finnish. 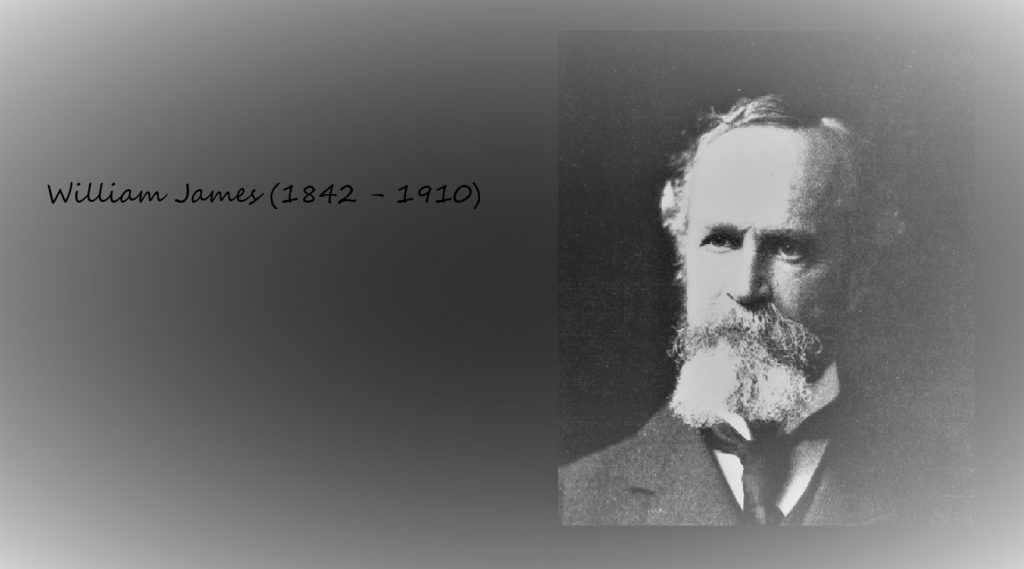 A quite new recording is the one by Ottavio Dantone, who is conducting an orchestra called Accademia Bizantina on period instruments, with the symphonies 78-81 (Decca 2016).

A highly interesting project is that of the Italian conductor Giovanni Antonini with two orchestras, Il Giardino Armonico and Basel Chamber Orchestra, on period instruments. Its goal is to be ready in 2032, the 300 years anniversary of Haydn.

There are three complete recordings with modern instruments. The first was the series made with Ernst Märzendorfer and the Vienna Chamber Orchestra in 1950-60’s, and released on CD (33 CD’s) for the first time in May 2019 on the Label Scribendum. The next and perhaps the best-known recording is that of Antal Doráti and Philharmonia Hungarica for Decca in the 1960s and 1970s. Recordings have been available at different times in single discs and in folders of various sizes.

A newer complete recording were made by the Austrian-Hungarian Haydn Orchestra, formed by musicians from Vienna and Budapest orchestras. The original publisher of the 1987-2001 project, Nimbus, quit action, and the albums have been released by Brilliant Classics. There is at least one big box (33 CDs) with at least all the symphonies and a smaller one with 31 so called name symphonies (11 CDs).

A highly interesting project is that of the Italian conductor Giovanni Antonini with two orchestras, Il Giardino Armonico and Basel Chamber Orchestra, on period instruments. Its goal is to be ready in 2032, the 300 years anniversary of Haydn. Until today 7 volumes with 24 symphonies have been released. Every CD contains also other works by Haydn or his contemporaries. The label is Alpha Records.

Complete recordings are always uneven, but both of the recordings represent their own time well. In Fischer’s recording, attention is drawn to vividly-shaped small nuances that are not marked in the score, but which are in the blood of the Viennese and Budapest musicians.

Harnoncourt has also recorded a number of Haydn’s symphonies with the Concertgebouw Orchestra using modern instruments. Thomas Fey, who attended Harnoncourt courses with his orchestra, together with Heidelberg Symphony Orchestra, began to record all Haydn’s symphonies for the German Hänssler label, but the project was interrupted because of an unfortunate accident which met the conductor in 2014. Brass and percussions instrument are period instruments, others modern. Dozens of recordings are ready already, and the influence of Harnoncourt is clearly audible. Naxos has produced a complete recording with several different orchestras. including the Sinfonia Jyväskylä under Patrick Gallois.

This review is of course not complete, as it would be impossible achieve, and the situation is constantly changing. As convenient, we will update the discography every now and then.

Just for your curiosity, the only Finnish conductor who has directed Haydn symphonies appears to be Paavo Berglund on the Ondine 1993 recording with Finnish Chamber Orchestra. Highly recommended.