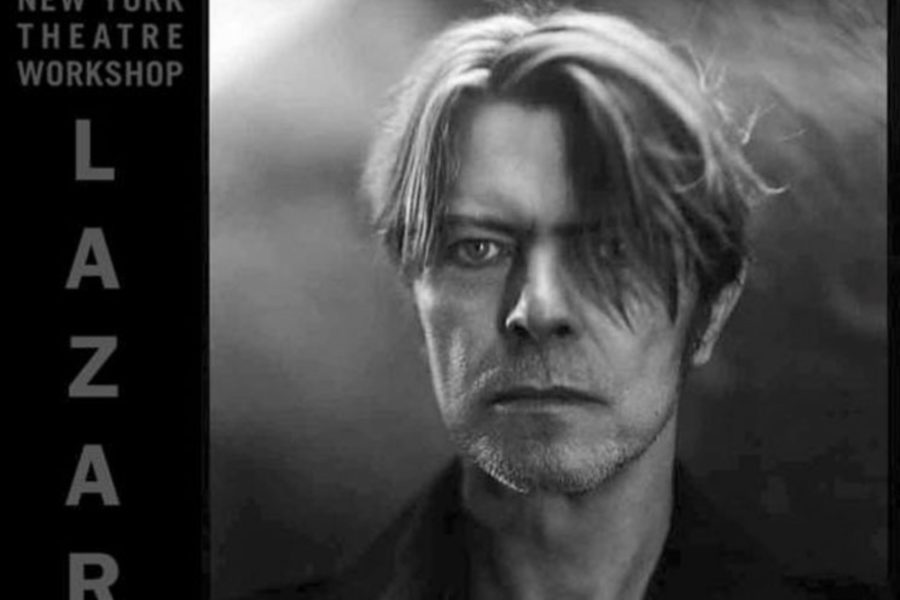 The Man Who ‘Sold’ The World?

Something happened on the day he died
Spirit rose a metre and stepped aside
Somebody else took his place, and bravely cried
(I’m a blackstar, I’m a blackstar)”

An unusual speculation on the release of David Bowie’s last album: ‘BLACKSTAR’ by Vaughan Warren and Liz Moody – following the death of David Bowie; 4 days on?

“I heard the news today, oh boy…”
I could not believe it!

The impossibility of death in the mind of someone living surely dictates that a persona so vibrant as that of the ‘star’ known to millions as David Bowie can never die? David Robert Jones known as David Bowie was Ziggy Stardust, Aladdin Sane, the Thin White Duke and the Man who Fell to Earth amongst others, and so much more; inspirational does not even begin to cover it.

Yet Bowie Dead? He had just celebrated his 69th birthday and the album ‘Blackstar’ was released almost on the same day; made knowing he was going to die; it was too much to take in!

The ensuing global internet saturation of reaction revealed a ‘media truth’ of a prolonged 18 month illness with Liver Cancer to which he finally succumbed. Bowie certainly smoked heavily but it was an all too mortal demise for someone who projected an alien immortality. 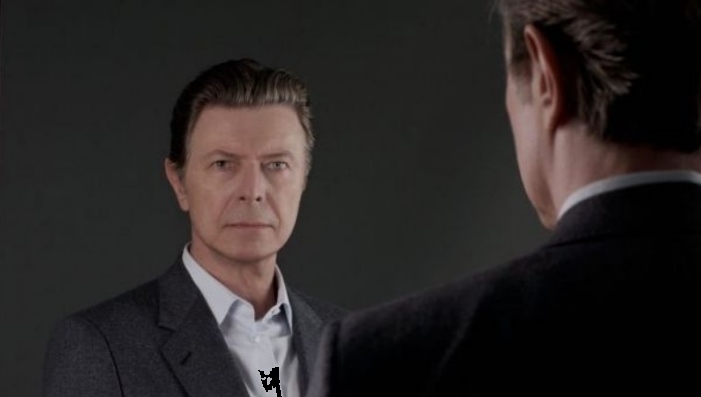 So what is the point; or more precisely my point, or trouble with his death? What do I want to believe as a delusion that withstands the assaults of reason?

With conservative estimates putting Bowies personal wealth into the hundreds of millions bracket, he could have afforded the very best of medical care, or even a transplant but perhaps one cannot buy off death? Between 2003 and 2013 Bowie appeared to be pulling back from public exposure to become a more private family man with his wife, the model Iman, and children, and to wait for the end in silence. Yet Bowie may, I suggest, have had other plans?

Bowie’s interest in Buddhism appears to have come from a deeper anxiety about death, the afterlife and beyond… One of Bowie’s lyrics in particular is reminiscent of Nietzsche famous quote: “God is dead.”

Around 1960, Bowie contemplated leaving the music industry to become a Buddhist Monk in Scotland. It was around this time, in London, that Jones embraced ‘Bowie’ as a way of enlightening the world beyond the monastery. It was only after failing to build on the success of the now seminal ‘Space Oddity’ that his ‘rebirth’ as ‘Ziggy Stardust’, a mega alter ego parody catapulted him from a ‘one hit wonder’ to an international rock star overnight but; even ‘Ziggy’ had to be killed off in a Rock’n’Roll Suicide! This only left his growing fan base clamouring for more…

Bowie’s interest in Buddhism appears to have come from a deeper anxiety about death, the afterlife and beyond… One of Bowie’s lyrics in particular is reminiscent of Nietzsche famous quote: “God is dead.”

From ‘Seven’: “The gods forgot that they made me So I forget them, too I dance among their shadows I play among their graves.”

The 1993 soundtrack to the television series ‘The Buddha of Suburbia’, can be seen now with hindsight as Bowie’s beacon of hope, contemplating his past, present, and future paths in songs of autobiography, presented as the story of someone else, especially in the title track but there would be a long wait.

‘The Buddha of Suburbia’ echoed and reworked ideas from the acclaimed Berlin Trilogy; ‘Low’, ‘Heroes’, and ‘Lodger’ worked with Brian Eno; which themselves came from the radical ‘Station to Station’ and the fallout from his work not being chosen as the soundtrack to the cult film by Nicholas Roeg, ‘The Man who Fell to Earth’,(now in 2016 a Broadway musical called ‘Lazarus’)! Following these seminal works Bowie moved to EMI and with the collaboration of Niles Rogers produced ‘Let’s Dance’, a hit single and album globally; plus the iconic ‘Serious Moonlight’ Tour and Bowie had become a brand; as he said:

What followed all this appeared to be Bowie trying to escape himself and his own success with forays into ‘Art’ and the creation of ‘Tin Machine’ but to no avail as the following albums by their very titles suggest such as ‘Black Tie White Noise’, ‘Outside’, and ‘Hours’ indicating an ill at ease psyche with still more to say and do, but how?

Not until ‘Heathen’ in 2002, does Bowie begin to find a new form of expression. Then some 10 years later in 2013 came ‘The Next Day’ with the ‘Heroes’ cover cancelled out as some form of comment. What was this referencing exactly, perhaps diagnosis of an illness and the shock, or the revelation to “…give it all away…” in ‘Blackstar’; a decision to finally leave the materialism of the success of one world to seek a total spirituality as a Buddhist in another; something I would argue David Robert Jones probably had been seeking all his life as the brand known as ‘David Bowie’?

Or is this a quandary that Bowie has left us with, for how can someone who has ‘died’ in so many guises before in so many reinventions of self be believed in being apparently dead?

The Buddhist rebirth connection through ‘The Ngaben’ is a time when celebrations are held to assist the deceased to move on to their next life.

So; perfect timing of a perfect pitch to write one’s own requiem as a marketing tour-de-force? A perfect end to a life that relished the spotlight of ‘Fame’ or an ironic twist on the man who fell to earth? Either way ‘Blackstar’ is a stunning last album delivering a poignant reflection on a subject as only Bowie can; appearing to build upon echoes of past memories whilst being very contemporary, vital, and ahead of the game musically; riffs with a blistering pace and jazzy sophistication plus an almost embarrassing notion of slowly losing the plot;

All so very neat; and therein is my problem. Or is this a quandary that Bowie has left us with, for how can someone who has ‘died’ in so many guises before in so many reinventions of self be believed in being apparently dead?

There are those that have scanned Bowies entire output for a meaning or a sign of some sort or another, and nowhere better to look than the graphics in the ‘Blackstar’ album cover and booklet as a book of the dead, which suggests Mummification in a Pharaonic voyage through the afterlife, a reproduction of the Voyager plate sent to contact alien life, and a graphic representation of the event horizon of an imploded Blackstar just before the point of a final singularity. All this goading the fans to find meaning but why didn’t Bowie launch his mortal remains into the Cosmos; oh yes, that is another image reproduced within the confines of ‘Blackstar’ to finally become a ‘Starman’:

Suspend belief for a wonderful moment to entertain the notion that Bowie in a new persona or manifestation might return from the dead appearing to cheat death itself!
This might explain a distanced family from any funeral, obeying his wishes, or a certain distaste for what was or is still to come? Being offensive would not be new ground for Bowie whom in the past has challenged nearly every conceivable notion of respectability except for the ultimate taboo – Death!

Unused Notes
Lazarus was …? Requiem – definition
Bowie – only artist to write his own requiem since Mozart? Elvis – Blackstar as Flaming star?