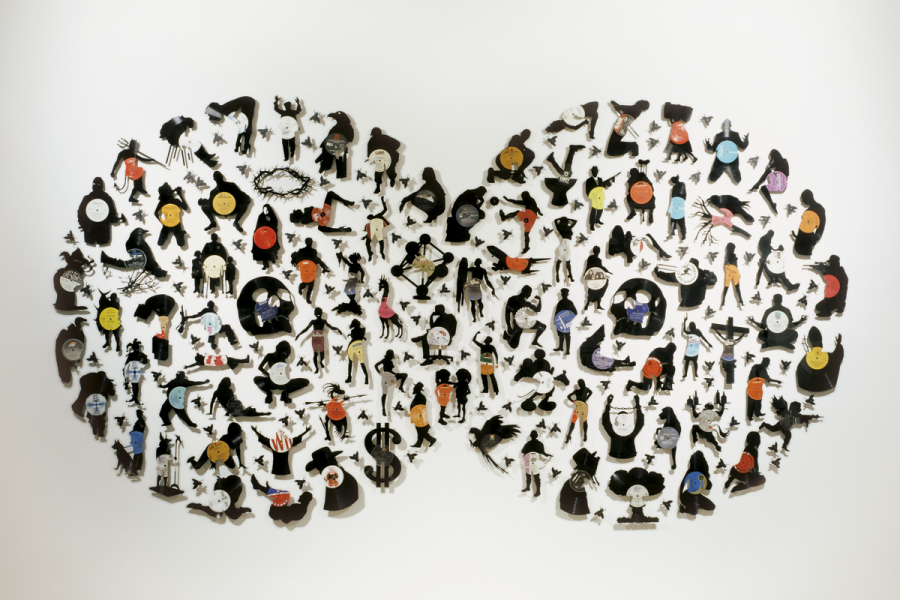 Vinyl records have attracted visual artists for decades. Cover art has dominated and received the greatest attention, but also the material itself – the vinyl – has become a subject for growing aesthetic consideration.

Billions of kilos of vinyl are being produced every year, most of which is going to durable construction items. Still, there is undoubtedly a lot of vinyl out there by weight sitting unused. Some is incinerated, but fortunately vinyl can also be melted and reformed over and over. Some vinyl records are thus being dusted off and collected to be made into entirely different products that bear no resemblance to the record itself.

Consequently it was industrial designers who first, in the early years of 2000, noticed the availability of the material due to the abundance of LPs available for recycling, and its plasticity. As a consequence the design/art world begun to see all sorts of utility articles: vases, clocks etc. reshaped from otherwise unusable vinyls. 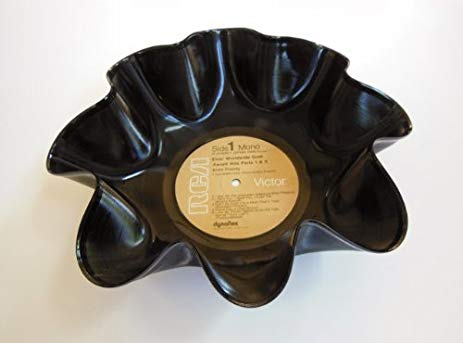 At a later stage vinyls (records and the material) caught the eye of visual artists and sculptors. The contemporary Spanish artist Carlos Aires is best known for his photographs as well as his sculptures and other works made of recycled vinyls.

Aires is often associated with his vinyl cutouts, which he assembles in large numbers for exhibitions. All the cut vinyl record silhouettes are hand-cut and unique. 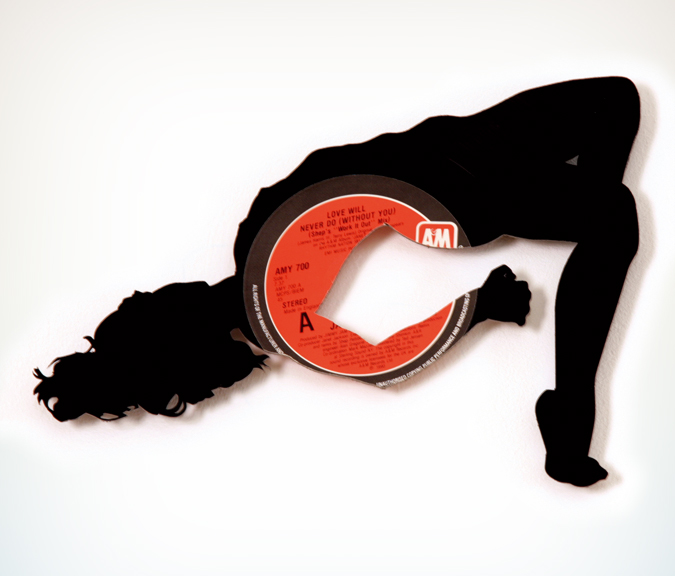 It is said that in his work, Aires obliquely addresses issues surrounding individuals living on the fringe of society and the psychological impact of that lifestyle. “According to Carlos Aires, behind every truth on which official history is based is another kind of truth; behind every winner is a loser, and behind every fairytale prince is a dwarf.” (Press release) 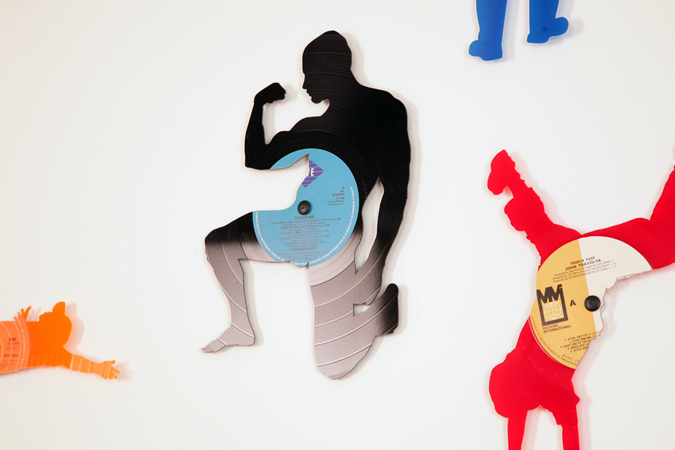 Aires studied art at the Alonso Cano School of Sculpture in Granada. He currently lives and works in Madrid, Spain. 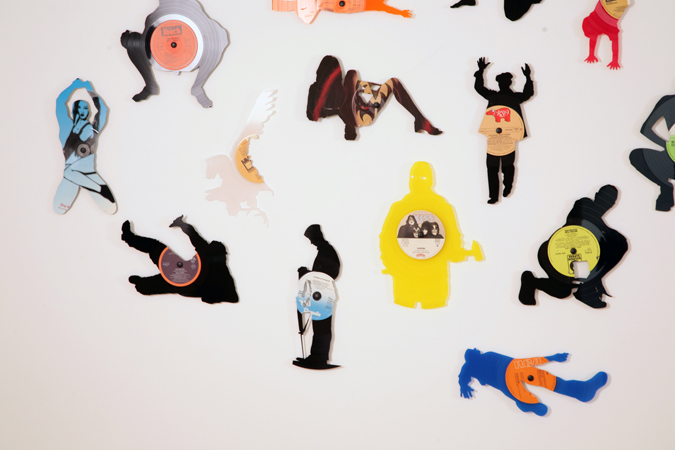