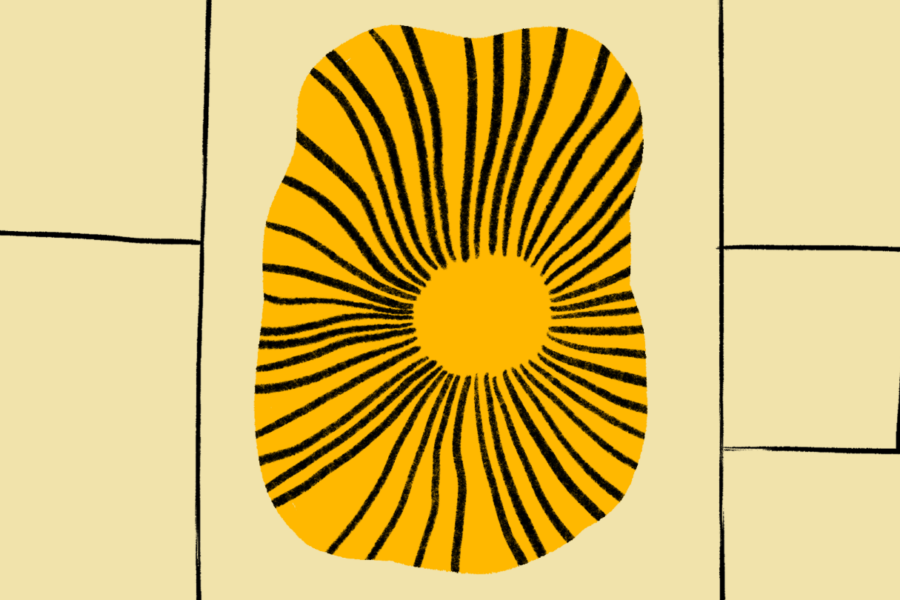 Founded in 1983 by the conductors Esa-Pekka Salonen and Jukka-Pekka Saraste, as well as the musician Olli Pohjola, The Avanti! Chamber Orchestra focuses on contemporary music whether performed by a single player or a symphony orchestra. As of 1986, the Orchestra has held a music festival of its own each starring front-line international conductors, soloists and composers such as Oliver Knussen, Esa-Pekka Salonen, Kaija Saariaho, Susanna Mälkki, Emmanuel Ax, John Storgårds, Hannu Lintu, Barbara Hannigan, Pekka Kuusisto, Matthias Pintscher, Uri Caine and Django Bates. Each year the Festival focuses on an international guest composer.

This summer the festival was devoted to contemporary American music. The festival programme was curated by composer Julia Wolfe whose various compositions range from rock to minimalism. Her works were presented along with works by Wolfe’s colleagues Shelley Washington and Anna Clyne. Backing these composers of the “postminimalist” era will be works by György Ligeti, Steve Reich, Meredith Monk, John Adams and John Luther Adams. Samuel Barber’s Adagio for Strings and Aaron Copland’s Appalachian Spring add to the America theme, contrasted to music by Mendelssohn, Bach and Beethoven.

The Summer Sounds programme include a sound art work on the west bank of the Porvoo river. Issuing from the loudspeakers attached to the intelligent street lamps will be short works composed for them by Maija Hynninen, Jennah Vainio and team Minna Leinonen–Jussi Suonikko. The goal of the whole art program is to bring art into urban construction and to create forms of cooperation between art and construction that support the area’s development plans.

The six sound art works play from the speakers on the riverside every day from 12 to 8 p.m.

Composer Minna Leinonen’s and sound designer Jussi Suonikko’s Tondikt med Söderskär is inspired by the beautiful nature of Söderskär and the lighthouse. The high-pitched whistling of the riskikä, the boat’s chains, the sounds of the open sea and the wind, and the waving of the lighthouse’s storm lantern, recorded on the island, are combined in the tone poem with the verse of Arvo Turtiainen’s Söderskär poem (translation by Henrika Ringbom). Vocalist: Kielo Kärkkäinen.

Maija Hynninen: “Shall I dance for you?”

Natural sounds downloaded from Yleisradio’s sound effects archive on the freesound.org website. The piece has been worked on in the IRCAM center and at Musiikkitalo in the premises of the Music Technology Department. – The work grows from the sounds of the rarer migratory birds nesting in Porvoo towards Katri Vala’s poem The Blue Garden (1924), which is the centerpiece of the work. A gentle 19th century waltz invites passers-by to the swirls of dance on the Porvoo riverside.

Minna Leinonen and Jussi Suonikko: “I had come for the night”

I had come for the night is a post-alfa poem composed by Paperi T, a native of Porvoo. The themes of the poem are love and the sea. The rhythmically fascinating poem turns into lyrical vocal music in this audio work.

I had come for the night, Paper T

Hynninen: “Inner world, winter landscape, space. Here I was looking for a couplet for Katri Vala’s poem Blue Garden, which would be different in mood, but somehow with the same frequency. In Södergran’s poem Till fots fick jag gå genom solsystemen, one is looking for oneself and soulmates. On the journey through the solar systems, strips of one’s own self have already been found, but the heart is still looking for its kind. Sparks fly from it towards other big hearts — perhaps a decade younger Katri Vala could have been one such soul mate?” The sound world of the piece was created by secretly experimenting with the recording of various sound sources in the anechoic recording room of the IRCAM center in Paris. Only the object being played resonates in the space, and you can’t hear anything else but the sounds of it and your own body. In such a special state, thoughts also move to new tracks and the ear becomes more sensitive to hear even the smallest nuances of sound. We are on a perceptible journey through the universe of sounds.

Maija Hynninen, composition, recording, editing and mixing
Jussi Lehtonen, male voice
The piece has been worked on in the IRCAM center and at Musiikkitalo in the premises of the Music Technology Department.

In this dualistic work, Christianity, symbolized by the bells of the Porvoo Cathedral, the church organ and the Byzantine Male Choir with its medieval open-tone harmonies, meets the prayer calls of the Minarets of the Near East. -Jennah Vainio (2022). Material: Porvoo Cathedral bells (recording 28.2.1987, YLE) ; DX7 synthesizer (composition, recording and playing 2.3.2022 Jennah Vainio) ; the crackle of the fireplace (recording by Jennah Vainio).

Vainio achieved an international breakthrough in 2010 when the world’s first concert for beatboxer and orchestra was performed in the USA by the Baltimore Symphony Orchestra, conducted by Marin Alsop, with Shodekeh, one of the most talented beatbox artists of the East Coast Scene, as soloist. The concerto has been performed nearly 30 times, mainly in the USA. At the time, the New York Times noted the concerto in its article on new creative voices in its segment. In Finland, the concert has been performed by beatboxers Felix Zenger and RudiRok, known for his sound effects and cartoon sound artist.

Minna Leinonen’s (b.1977) works are inspired by everyday things and sounds, natural phenomena, literature and folklore. Composing is one way for him to process the world. Interactivity plays an important role in his work: Leinonen has worked in work groups, e.g. in literature, documentary, acrobatics, dance, video and installation. For him, the most rewarding thing is when, through performances, everyday experiences can return to everyday experiences, to people’s lives. Leinonen is currently composing with the support of the Center for the Promotion of the Arts, works part-time as the artistic director of the Tampere Biennale and is finishing his artistic doctoral degree at the Sibelius Academy of the University of the Arts.

Jussi Suonikko is a Tampere-born musician and music technologist from Helsinki. Being fond of DIY aesthetics, he operates at the interface of art and technology without genre boundaries. Suonikko has worked extensively with recordings in almost all recording production roles with more than 300 recordings published in Finland and abroad. Suonikko currently works as a systems expert at the Tampere Conservatory.

Leinonen’s and Suoniko’s collaboration began when both were students in 2007. Together, they have done e.g. tram trip (2016) to travel through Tampere’s Keskustori, when the discussion about building a tramway was at its most heated. In addition, Leinonen composed the music and Suonikko did the sound design for the business opera Alma!, based on the award-winning novel by Hanna Weselius, whose music is nominated for the 2022 prize of the prestigious Nordic Music Council.

Composer Maija Hynninen (b. 1977) combines acoustic instruments and the human voice, electronics and multi-artistry in her work. He started his studies at the Sibelius Academy in 2003 (M.Mus. 2011) as a student of Paavo Heininen. Studies in composition and electronics were completed in Paris at IRCAM (Cursus 2012–13). He completed his PhD in 2022 at the University of California Berkeley and the CNMAT Center for Electronic Music with Franck Bedrossian, Edmund Campion, Carmine Cella, Cindy Cox and Ken Ueno. In Hynnien’s music, virtuosity is combined with the lightness of textures. The music is dominated by linearity as the harmony bends towards quarter steps. The noise and the tone level are intertwined, creating a shimmer in the timbres. Inspiration for composing can be found almost anywhere – from diverse art to various scientific phenomena or small everyday moments.

Hynninen has worked as a freelance composer since 2007. His works have been performed in Finland at the festivals Musica nova Helsinki, Tampere Biennale, Oulu Musiikkijuhlat, New Music Okakuu and Musiikin aika Viitasaari. Abroad, his works have been heard in France at the Acanthes and Aspects festivals and at the IRCAM center, in Italy EXPO Milan 2015 and Prix Italia competition in Lampedusa, in the Nordic countries Ung Nordisk Musik, Nordic Music Days and the ISCM ifestival in Visby, in Estonia the HELI and KEEL festival, the ECCO festival in Brussels and the Mise-En and NYCEMF festivals in New York. Works from him have been commissioned by e.g. Finnish Broadcasting Corporation, Helsinki Chamber Choir, Divertimento Ensemble, HYOID Contemporary Voices, Tampere Biennale, Andrea Carola Kiefer, Susanne Kujala, Jaana Kärkkäinen, Juho Laitinen, Eeva-Kaisa Rönkä, Eija Kankaanranta, Camilla Hoitenga and Heather Roche. In San Francisco, his works have been commissioned and performed by Kyle Bruckmann, Earplay, Dan Flanagan, ECO Ensemble and SF Tape Music Festival.