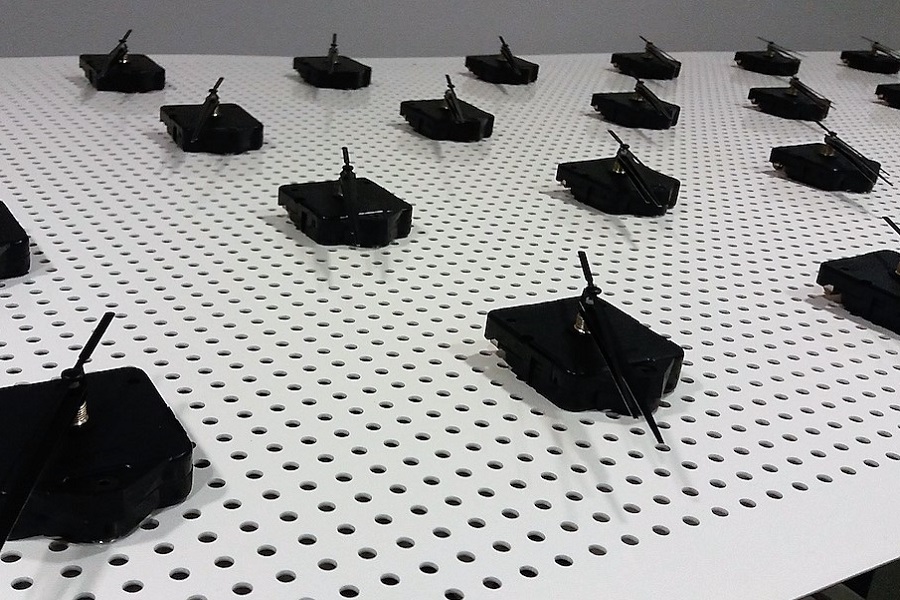 “For long I’ve been fascinated by the dimensions of time, its obscurities and oddities.  Tempus is Latin and means “time”. Consequently, it was the clocks that ended up being used as the key material for the work. The more clocks the more varied the sound emanating from them.”

What Petri Kuljuntausta, Finland’s most internationally known experimental electroacoustic sound artist, musician and composer, is referring to is his new work Tempus that was recently placed in the space that belongs to the Sibelius Academy of Music at the Helsinki Music Centre.

Tempus is a five-meter long sound installation made of perforated aluminum. The frame serves as a sound amplifying body for 100 electric clock machines. The second, minute and hour hands of the clocks tick at their own mechanical pace like a baton in the hand of the conductor. Accidentally the ticking hands will find the same pulse and hit the same rhythm just to diverge shortly after – the same modulation effect that some minimalists use in their compositions. 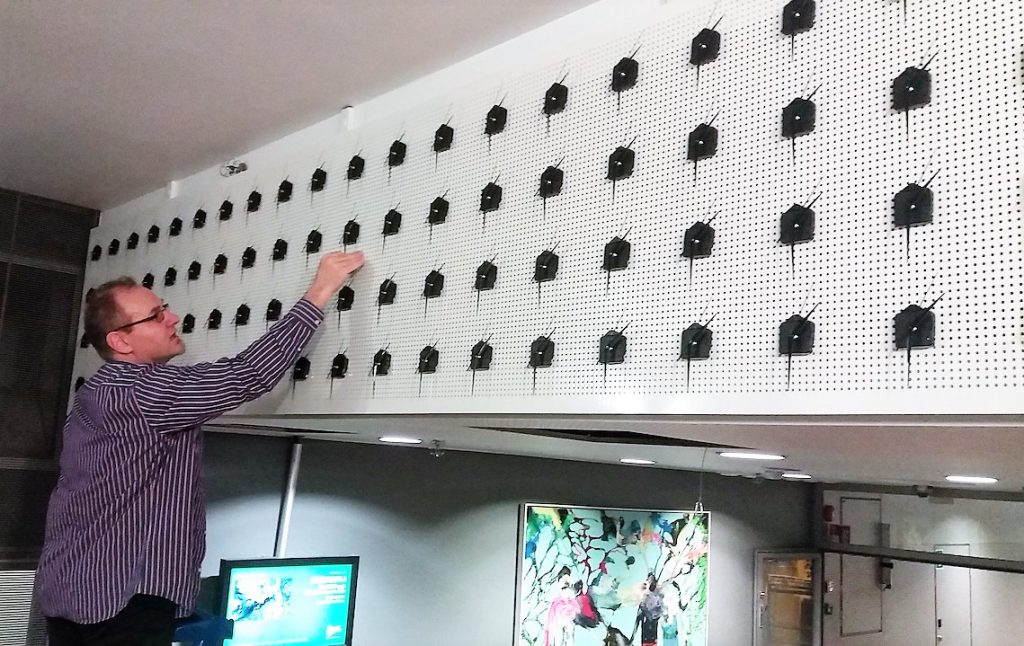 At the opening ceremony the hands of all the 100 clocks kicked off precisely at 15.15.

”The 100 ticking clocks, without the clock face, despite being started simultaneously in “the right time”, begin to grow apart in time, because no human being or mechanical clock is perfect. Maybe sometimes, most probably after thousands of years, the 100 clocks are back in the same time again”, Kuljuntausta contemplates.

Maybe at some point of time, most probably after thousands of years, the 100 clocks are back in the same time again.

The impetus for the work stems from Kuljuntausta’s interest in times’ strange dimensions such as its singularity, the fact that if two clocks, perfectly clocked to the same time, would be transported through the space and then brought back together again, they would be running different time due to spatial distortion. Also, the mechanical time given by the clock is completely different in quality from the biological time that concerns our body. And so and so forth.

It’s the mechanical error that generates the foundation for the audio installation. Kuljuntausta wanted to hear what kind of sound field is generated by simultaneously ticking clocks, and how small rhythmic deviations enliven the work making it an ever-changing sound pattern. With rhythmic decays the sound field becomes more and more complex, to the point of sonic climax. 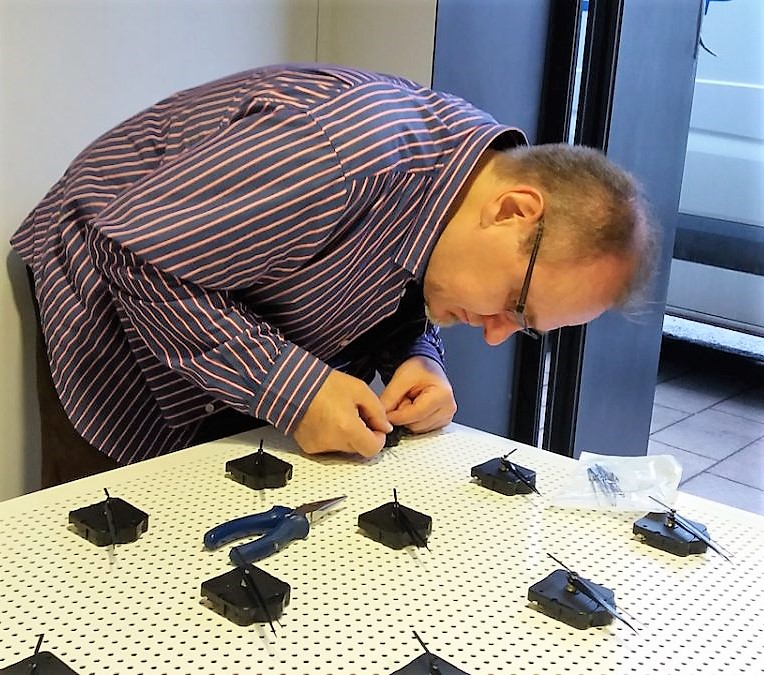 The Tempus is also visually captivating. The hypnotic bouncing movement of the hands and the serially installed clocks makes the work a true eye-stopper.

Petri Kuljuntausta, Tempus, at the Sibelius Akademy in the Helsinki Music Centre (Mannerheimintie 13 A).