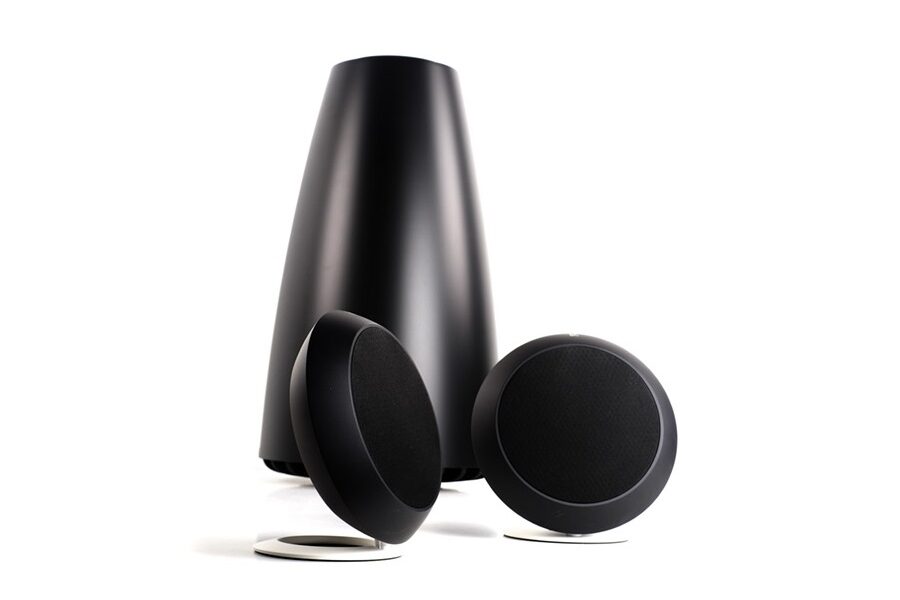 Bang & Olofsen has its own chapter in the history of Hi-Fi. The  company’s roots extend to the 1920s. Since then it has enriched the concept of good sound and style with many memorable devices. It has also suffered from almost oedipal inner struggle between design concerns and technology. Numerous compromises have been made along the way, and it’s the design and style that has saved B&O in many twists and turns when the technology hasn’t sold.

Coming to the 1990s, the battle turned in favor of style. B&O broke away from the image it had sent to the world as a manufacturer of the “best stereo equipment in the world” via its technically inventive receivers and turntable of the 1960s and 70s. In the 90s, more important than insisting technology, it seemed to be that the shimmering pillar speakers and other gear fit nicely in the same photo with Corbusier’s cowhide LC4 lounge chair. In recent years, however, B&O has renewed its effort to become recognized, once again, as a manufacturer of technically uncompromising audio equipment. This is said to be true also of the latest addition to B&O’s BeoPlay product line: the BeoPlay S8 speaker system with two satellite speakers and a subwoofer.

BeoPlay S8 has a dual nature. On the one hand, the focus is on round and cylinder design and ease of use, smooth integration in the everyday life. On the other hand, B&O says it has designed speakers that genuinely improve the sound quality that the intended audience is accustomed to.

In the disc-like closed-back satellites, sound is produced by a 2.5-inch widebandwidth driver. For reasons of directivity, the cone profile is made quite steep. The speaker can be hung on a wall or placed on a table with the legs included. When everything has to be hidden from eye in the name of style, less space is left for attaching cables and the connectors (last time I saw such connectors was in 1970s). The included white speaker cables disappear against a white wall and are long enough for even longer distances. The conductor inside the cable is very thin. 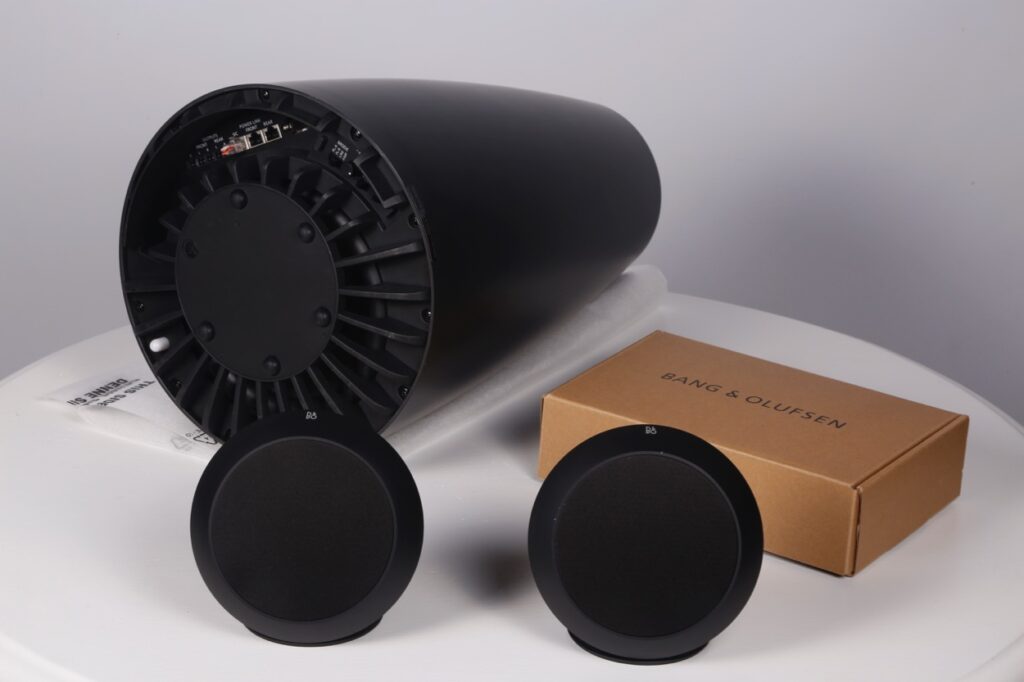 Beoplay’s S8’s half a meter tall subwoofer resembles the Gherkin Tower in London. At the bottom of the composite cabinet hides not only three Class D amplifiers (two 140 watters for satellites, one 280 watter for a the sub) but also an 8-inch woofer with a large magnet. The reflex port is on the top of the sub, and the BR channel itself resembles a question mark upside down, the purpose of which is to deliver tight and well-defined bass.

Finally, the ultimate essence of sound, including the bass, has been achieved by efficient signal processing. B&O calls the technology ABL (Automatic Bass Linearization), and it’s not only for adjusting the level of the sub. The rotary switch on the bottom of the subwoofer allows adjusting its level (over the whole band) depending on whether the subwoofer is in a corner, near a wall, or in the middle of a room. The subwoofer turns on and off automatically.

Fundamentally Beoplay S8 is an old type of active speaker system in that it transfers only analogue sound. The necessary wires and adapters are included.

In struggling to connect the wires I chose, in a haphazard manner, a record on which a famous tenor sang Bach’s famous cantata “Ich habe genaug”. When the sound finally got in the air, I was confused: not only the voice of the tenor was what I was used to through more prestigious systems, but to my big surprise, the subwoofer was completely transparent and unobtrusive. On my knees on the floor, my ears less than a meter away from the subwoofer, I couldn’t hear anything that would have separated the bass from the rest of the sound!

I first suspected a technical problem but no, it wasn’t. As my listening progressed, there were records on which the sub made itself audible, but with Bach’s cantata the match between the subwoofer and the satellites was semi-perfect. At this point, the subwoofer was in the middle of the floor one and a half meters  from the wall behind it, and about 2.5 meters away from the satellites. The bass level was set “free”, i.e. maximum. Even so I missed no more bass, and Bach thanked. So did  Shostakovich, whose 1st cello concerto came out smoothly and coherently including the orchestral part. It wasn’t until rock bass guitars stepped into the picture that life began to be heard separately from the sub. This all told me that the S8 subwoofer doesn’t easily add its own coloration, but tends to reproduce only the bass frequencies required from it. Always a good sign especially in this price class. 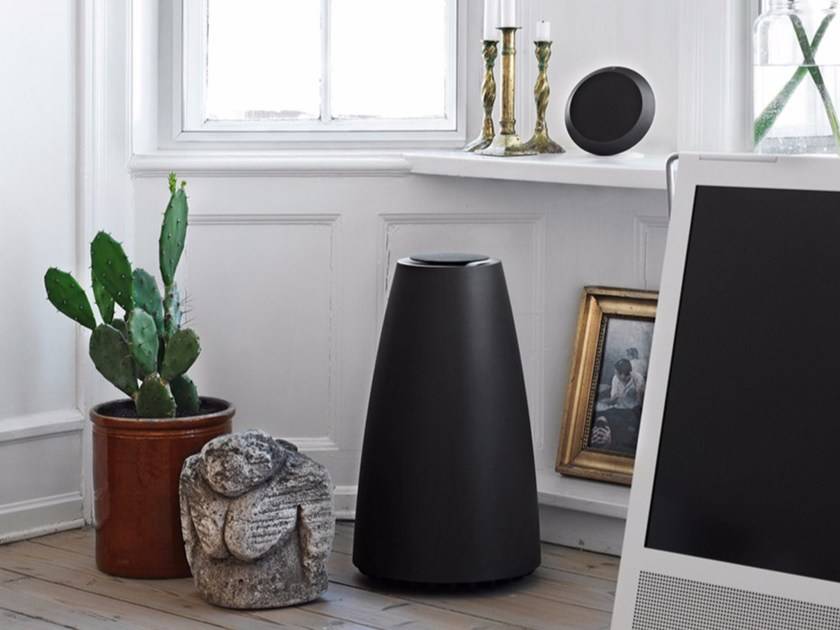 This is not to say that the BeoPlay S8 was bass shy. From Niels Löfgren (sentimental) to Jonny Lang (rock / blues) the electric bass rumbled when listened from a close distance, but settled to a more correct level from a distance of about a couple of meters. When the presence of the subwoofer, as a separate sound source, was evident, even in the free space, I simply lowered the sub level.

Otherwise the sound was open and non-speaker-like from one  music genre to another. The treble performance was fine, although not exactly what can be heard from the sweetest modern tweeters. The trumpets dis not hurt the ears, nor distorted violin sounds. The sound was unrestrained and powerful enough to make the listener feel like sitting in front of a many times larger speaker set. Some instruments, such as a xylophone, were reproduced so uninhibitedly that it became slightly intrusive. The image was close to a conventional stereo-image. Overall, given the size of the system, the sonic performance was pretty competent.

BeoPlay S8 gets some technical minus points for its tight spaces and weak connections, but there was not much to complain about its artistic performance. Especially commendable is how B&O has managed to adjust the sub to match with the mostly correct mid-range/treble of the S8 satellites. The system makes it easy to focus on listening to music without deeper reflections on Hi-Fi.