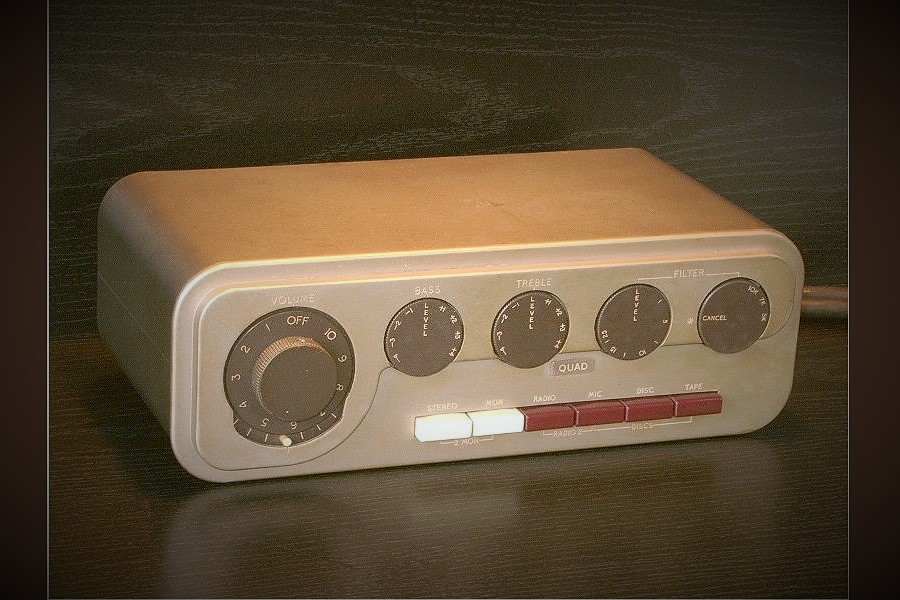 The Quad 22 preamplifier’s phono stage is totally misunderstood. People have not realized how excellent it has. Instead they just keep repeating old mantras without any personal experience.

If one is able to read schemas even a little, one quickly notices that the phono stage of the Quad 22 is very straightforward: a couple of caps and resistors, ie. cleverly designed passive RIAA with as few components as possible.

The gain for the signal coming from the turntable/cartridge is amplified by the EF86 tube, from which almost a straight wire goes to the preamplifier’s 12AX7 gain stage and from there to the output terminals.

This requires the use of ingenious Cancel activity. The Quad 22 is probably the first or at least among the first preamplifiers in which the tone controls could be removed from the chain.

Even the transformers are so placed that they’re far from the sensitive preamp functions. 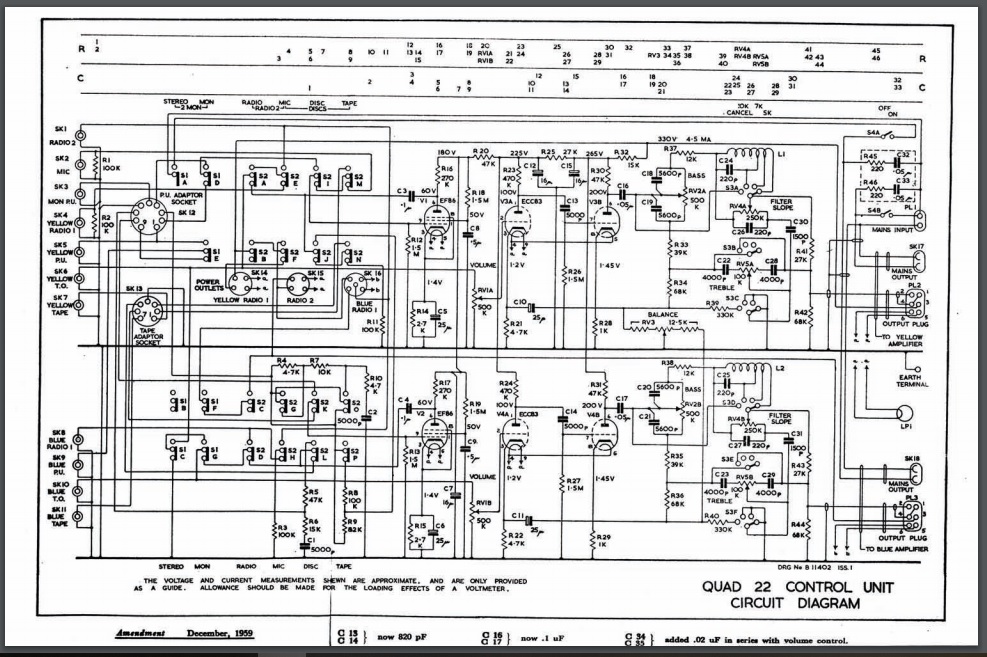 The only change I would made is to remove the 1000 pF capacitor from the phono input. Its original purpose was to act as a high frequency noise filter. Removing the cap affects the calculated RIAA curve by slightly weakening the bass. The bass playback is also affected by the level and power of the used EF86 tube.

I have compared the Quad 22’s phono stage to RIIA stages costing several thousand euros. To date, the Quad 22 has beaten them all. The reason is probably lies in the short signal path. In many modern RIAAs, a simple device requiring just a couple of components has been implemented with tens or hundreds of components, which I do not think is a good predictor of a decent sound quality.

Now there’s a way to get the Quad 22’s phono stage buzz and make noise by using a MM cartridge with a low output voltage. In that case, too much gain must be applied. MC carts  with a step-up transformer go well with the output level.