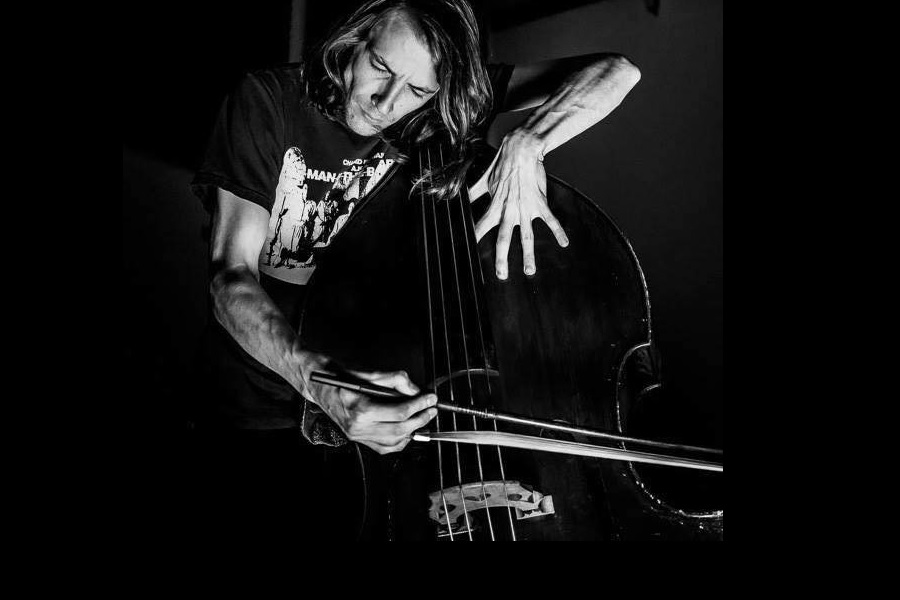 An experimentalist musician and a sound artist Zach Rowden (USA) is an known for his imaginative, and even groundbraking, dealing with the acoustic and performative possibilities of the upright bass.

Rowden’s been performing with Iancu Dumitrescu and the late Ana-Maria Avram’s Hyperion Ensemble (member/soloist), The Ghost (with Michael Foster, Derek Baron) Tongue Depressor (with Henry Birdsey), Charmaine Lee, among others.

He plays improvisations and noise, the noise/sounds often being due to his prepared double bass. He’s been experimenting with studio electronics and modulating the sound of the double bass, but fundamentally Rowden’s art is very much acoustic.

The solo piece took almost half an hour but I was nailed to hear the very last sound of it. Rowden’s music/sound making consists of playing long intervals producing residual sounds, accidental resonances etc.

Modern technology makes it trivial to carry out all sorts of sound modulations, acoustic and electronic, the result frequently slipping into meaningless cheap trickery for which the internet has become a vast damping ground. As things are, it’s not easy for true artists to stand out and many good stuff may pass the ear at the receiving end because of the over-supply.

What makes Rowden’s art worth closer listening is that it seems to reach and express something essential, something that grows from a deeper level of musicianship, and understanding of the instrument. Despite the immensely varied sonics, there appears to be a clear intentional world behind his art, how hard it can be to articulate it.

I’ve heard Rowden’s performance at the Akusmata sound art gallery in Helsinki, Finland (Akusmata Sound Festival 2018 – 5.12.2018) where he performed both solo and as a duo with the sound artist Petri Kuljuntausta.

The solo piece took almost half an hour but I was nailed to hear the very last sound of it. Rowden’s music/sound making occasionally resembled that of Phil Niblock’s music: playing long intervals generating  residual sounds, resonances, not played by the musician. 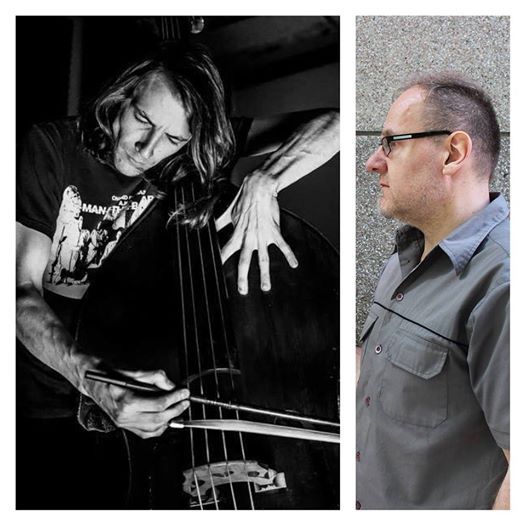 In their duo, Rowden and Kuljuntausta made use of other sound sources producing acoustic sounds. For example, the taps and rhythms born after powering the solenoid or the electric motor, and then letting the solenoid tap the edge of the wood casing or the motor shaft rotate against it, and the contact microphone underneath the box transmitting the sounds (resembling the sounds coming from the body of Rowden’s double bass) to amplified PA loudspeakers. There were other sound sources as well.

Petri Kuljuntausta (kuljuntausta.com) is a composer, improviser, guitarist, and sonic artist. He has performed music for an underwater audience, improvised with the birds, and made music out of whale calls and the sounds of the northern lights. As an artist he often works with environmental sounds and live-electronics, and create sound installations for galleries/museums.

Kuljuntausta has performed or collaborated with Morton Subotnick, Atau Tanaka, Richard Lerman, David Rothenberg, and Sami van Ingen, among others. He has made over 100 recordings for various record labels in Australia, Colombia, Finland, France, Germany, India, Sweden, UK and the USA. Star’s End and Inner Space radio shows selected Kuljuntausta’s ”Momentum” as one of the most significant CD releases of the year. Kuljuntausta has published three books on Sound Art and Electronic Music. In 2005 he won an award, The Finnish State Prize for Art, from the Finnish government as a distinguished national artist.