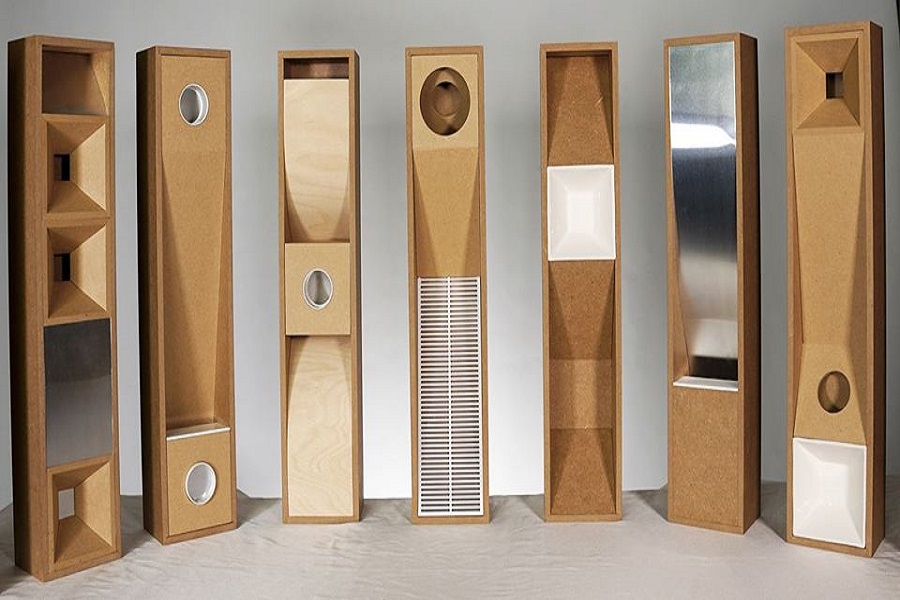 Speaker Park is an exhibition of 24 specially designed speakers and freshly made music. The exhibition, held at the Gallery Vault in Bergen, Norway, was a co-project  between six artists and composers.

Mari Kvien Brunvoll and Antti Sakari Saario were responsible for composition and sound design, Jon Pigott and Roar Sletteland for sculpture, speaker design and other design, and Leo Oran Preston and Mai Veronica Lykke Robles Thorseth for the concept, direction and text.

In practical terms, the exhibition meant a park of specially designed speakers, in which the audience could move around and listen to music by Brunvoll and Saario.

During the exhibition period, 4 concerts of specially made music were arranged. In addition, the audience and other interested parties were invited to make their own compositions for the speaker park. During the daily “drop-in common compositions” it was possible to drop by with one’s own instruments and recordings. And as if that were not enough, it was also be possible to borrow audio recorder, record contributions on the spot, try out the recordings on the installation and mix the contribution on the spot.

By gathering speaker manufacturers, artists, composers and musicians, the project wants to steer clear of the commercial hi-fi market, and rather challenge the criteria one usually assumes when considering sound and sound systems.

With all this activity, the organizers of the exhibition wanted to drag us out of a modern movie theatre to the freedom of outdoor sound park:

”When we think of a park, it is the topology, the sounds that come from different edges, and the many different paths one can take, which make each park unique. The unusual challenge of this project is to combine freedom in the outdoor space, with the acoustic spectrum one can usually only experience in a modern movie theater. Speaker Park is a concert installation that asks us to reconsider our relationship with music technology.”

But there was another objective as well:

“By gathering together speaker manufacturers, artists, composers and musicians, the project wants to steer clear of the commercial hi-fi market, and rather challenge the criteria one usually assumes when considering sound and sound systems. Speaker Park’s listening environment is an open source, audiovisual work of art that challenges what we see as a premium music system.”

Apparently, the speakers below were just about 50cm high but exhibit some nice design features. 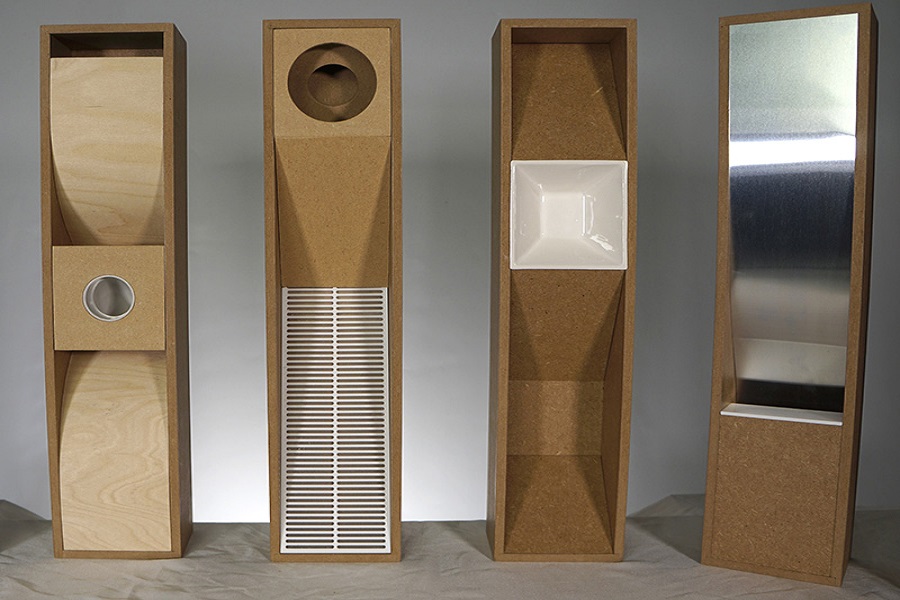