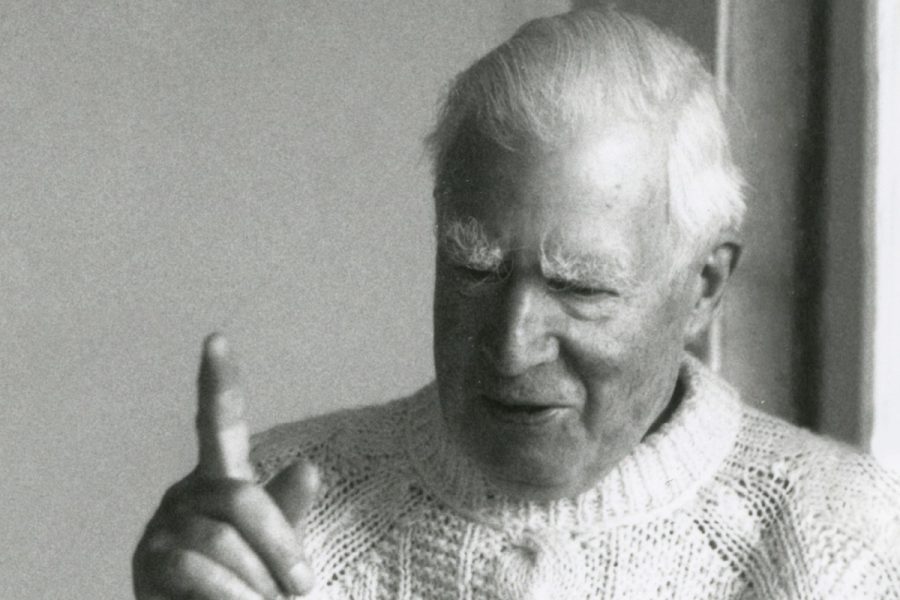 In the shadow of Schubert and Beethoven

Internationally the best known Finnish philosopher, and an academician, Georg von Wright (1916 – 2003) devoted the first two decades of his philosophical career to logical studies, in particular to the logic of induction (A Treatise on Induction and Probability, 1951), then moved to develop the so called deontic logic (logical relations between normative notions similar to that of modal notions), and in consequence, the logic of action guiding norms in the field of morality and justice (Norm and Action, and The Varieties of Goodness, both were published in 1963).

In The Varieties of Goodness which von Wright himself considered as his best argued book, he goes through the various senses in which the word ”good” can be and is used, while connecting all moral judgements about people and the acts, without being an utilitarian, to the notion ”the good of man”.

It’s a remarkable philosophical book in many respects (one of the few that I’ve read half a dozen times from cover to cover). It is telling that instead of ending the book by adding 5 to 10 pages of relevant literature, von Wright picks up, in the preface, only three role models: Aristotle, Kant and G. E. Moore! (Some other names appear in the footnotes.)

During the 1970s, von Wright to some extent distanced himself from the Anglo-American analytical tradition for the benefit of more continental philosophical hermeneutics resulting in one of his most influential books Explanation and Understanding (1971), in which he compares explanations in natural sciencies, and humanities and social sciencies on the other hand (Causality and Determinism from 1973, and Freedom and Determinism from 1980, deal issues of the same kind). Towards the of the end of the century von Wright returned, among other topics, to examine the questions of the philosophy of the mind (In the Shadow of Descartes, 1998). 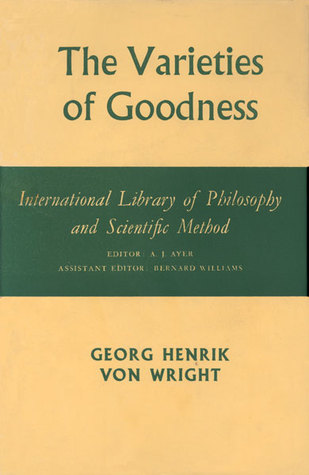 When it comes to more wordly and temporal issues, academic philosophers often appear both self-righteous and supercilious grossly overlooking social and political questions, and taking the theoretical questions as the only ones worth considering. Not von Wright. He didn’t use his academic background as an excuse for not taking a stand. In addition to his strictly academic career, he was a moralist in the noblest sense of the word.

He took actively part in the public debate on a number of societal and cultural topics. In his auto-biography he also reveals having been a political activist (eg. in defending his colleagues) with a strong social conscience. Partly influenced by Oswald Spengler, Jürgen Habermas and the Frankfurt School, he was critical about the professed progress of the material and technological development, and wasn’t convinved that the Western culture ”had fully grasped the serious consequencies of its current irreversible decline”.

Already in the 1980s, he wrote about the exploitation of the environment, risks of nuclear power plants, military campaigns around the world, and the widening gap between the poor and the rich. He praised ”early Marx” for rightly focusing on changes in a society rather than on its structures, and thought that it was fruitfull to deal with the dynamics inside a society as a dialectic battle between production power and relations of production.

He truly believed in the human good and dignity, and the rational debate in the spirit of humanist attitude (Humanism as an attitude in life, 1978) but rather than a humanist, he preferred to call himself as a ”participating provocative pessimist”. 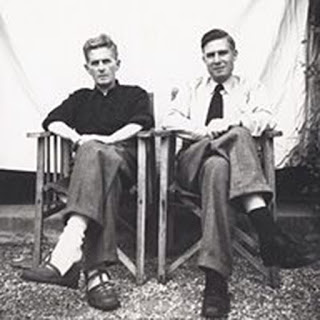 Half an hour music every day

Of Art, Music and Literature, it was literature that was closest to von Wright’s heart and mind. His essays eg. about Tolstoi are memorable and worth a closer look to anyone seeking guidance on the Russian literature. But the role of music in his life wasn’t insignificant either. In his auto-biography he admits that he rather went to listen to live music than visited an art axhibition.

”There is no doubt that his relation to music meant a lot to my father”, told von Wright’s daughter Anita Grönberg to Inner.

At the age of 32, G. von Wright succeeded Ludwig Wittgenstein as the professor of philosophy at Cambridge’s Trinity College. Wittgenstein came from one of the Europe’s welthiest and cultured families, right from the heart of musical circles of the early 20th century Vienna. Two of his brothers were musicians (eg. Ravel wrote a piano concerto for the left hand for Paul Wittgenstein who had lost his right hand in the WW I), and he himself was musically well-informed and included numerous remarks on music in his philosophical texts.

von Wright admired Wittgenstein as a philosopher but professionally never followed him slavishly for which (not imitating his style of making philosophy) Wittgenstein gave him recognition. They became good friends, but their friendship was rather based on sharing ideas about culture, music and art/architecture, than on extensively exchanging ideas on philosophy.

In a letter to Wittgenstein from 1940 von Wright writes: ”I remember you once, in the midst of our conversation about music, whistled a tune from Beethoven’s quartetto F-dur, which I didn’t know at the time. Now I know it from records. It is certainly one of the most wonderful musical pieces that have ever been composed. I wish you could hear it now.”

”Music was utmost important to my father but he used it mainly for relaxing. I remember having seen my father lying Sunday afternoons on the carpet fully absorbed and enjoying listening to his favorite music.”

Beethoven impressed von Wright with his ”deep gravity and exultant joy”. Apart from Beethoven, von Wright was fascinated by Schubert for his ”infinite melancholy”. According to his daughter, von Wright’s other favourites included eg. Brahms. Popular music he didn’t care about, and when the son’s Christmas present, a LP by Little Richard, finally wore out, von Wright reportedly wasn’t too disappointed.

As a child, von Wright practiced piano but decided to discontinue it at the age of 21 on the level where he could fluently play Beethoven’s piano sonatas but not prima vista and not improvise.

As a student, von Wright would go to concerts to hear eg. the Helsinki Symphonic Orchestra performing at the main hall of the University of Helsinki. Later in his life he would occasionally go to listen to Bach’s Passions during the Easter, visit the Savonlinna Opera Festival during the summer season, and even participate in the Kuhmo Chamber Music festival, about which he had doubts but was positively surprised afterwards. 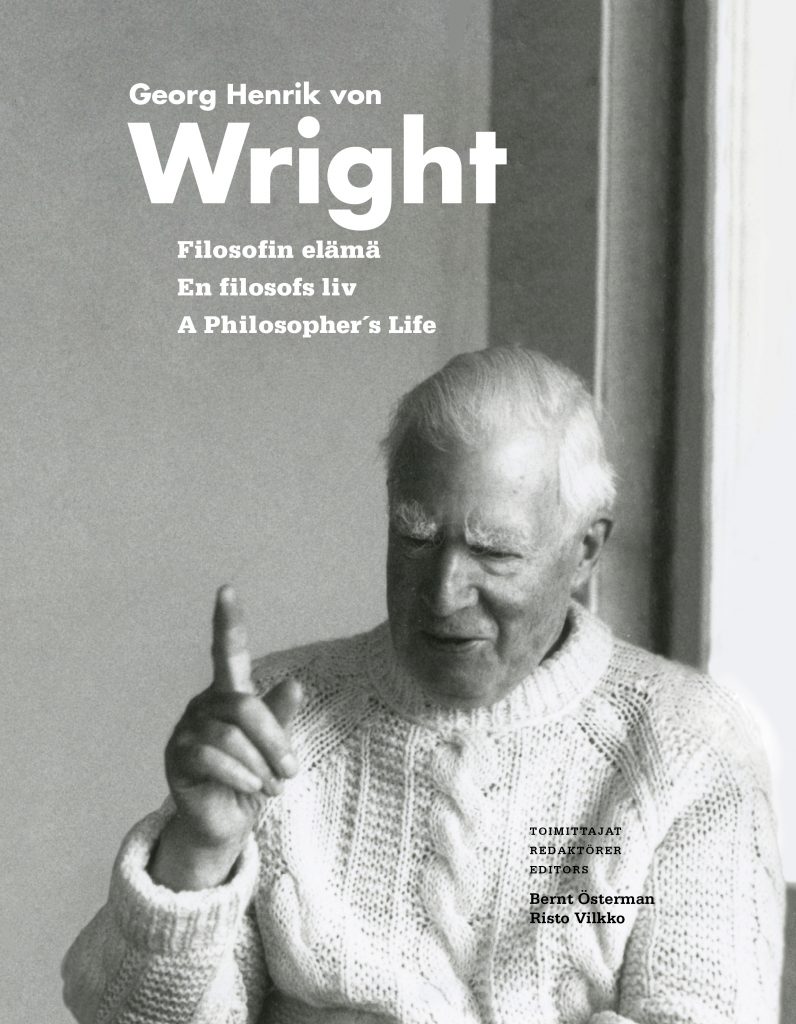 According to von Wright’s daughter, later in the life his fater lost interest in concert-going, which von Wright himself associates with the acquisation of a decent playback system for listening records. It seems that records became his principal means for experiencing music, for which he deliberately tried to spare half an hour every day. In the auto-biography von Wright also says he was a keen radio listener.

It is not known whether his book collection (the academic part contained some 2000 items, now archaived in the National Library of Finland) featured any academic literature related to music, either philosophy of music, music theory, history of music, musicology or other. Before leaving for Cambridge, von Wright made friends with Erik Tavastjärna, who later became one of the most significant Finnish musicologists and the worlds’s top Sibelius specialist. According to von Wright, they had conversations about music but the exact nature of these discussions is unknown.

Thus, despite the fact that von Wright must have known music theory to some extent (in order to play paino), and that he by and large knew what the classic music had to offer, everything appears to point to the conclusion that von Wright’s attitude towards music wasn’t intellectual but rather subjective and emotional. This is also something that her daughter also confirms:

”Music was utmost important to my father but he used it mainly for relaxing. I remember having seen my father lying Sunday afternoons on the carpet fully absorbed and enjoying listening to his favourite music.” 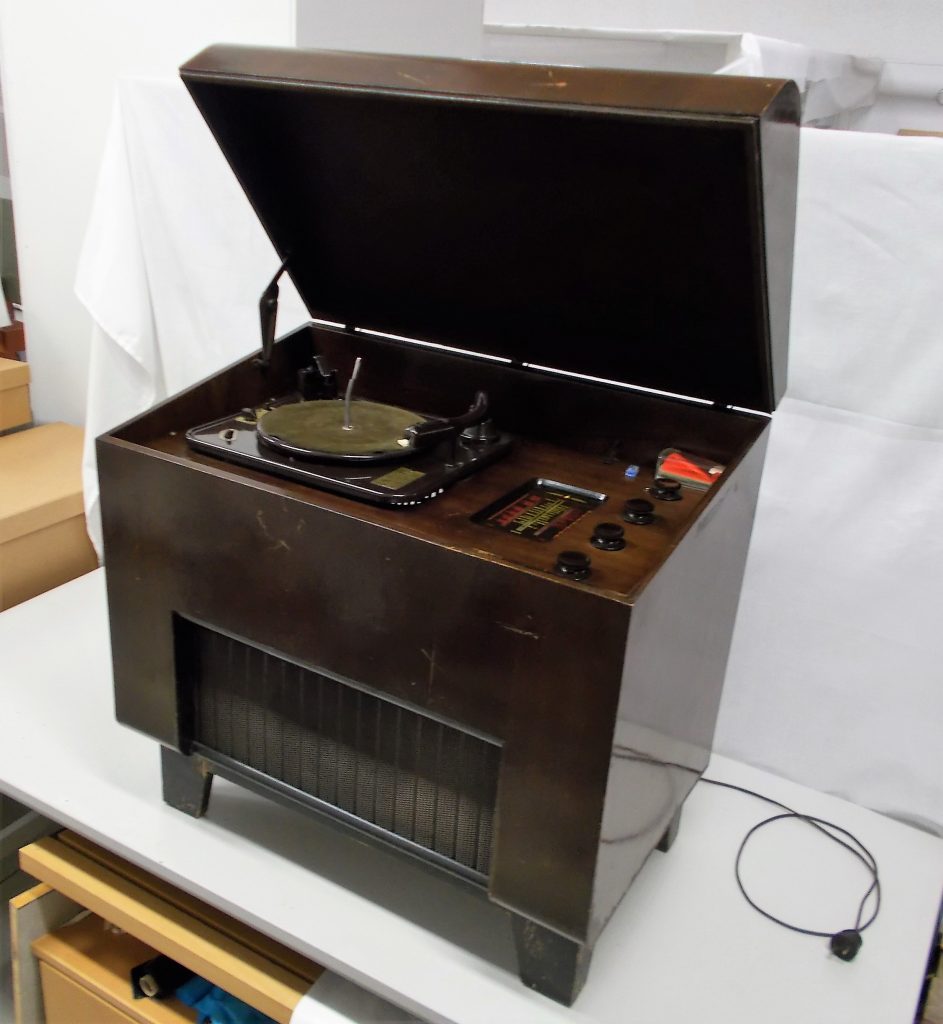 According to his daughter, von Wright did not bother his head with trivial instrumental questions about technology (the technical means to some end); like most thinking beings, the ideas he entertained about technology were broader related, for example, to the myth of techno-scientific progress.

In his auto-biography von Wright mentions the radio-gramophone he bought from London in 1951, and used the word ”large” to describe it, probably meaning that the system was of high quality, and beyond what average households possessed at the time. The sound system was imported to Finland a year later and was used until 1976 when it came to the end of its life span. In 1976 it was donated to the Museum of Technology. 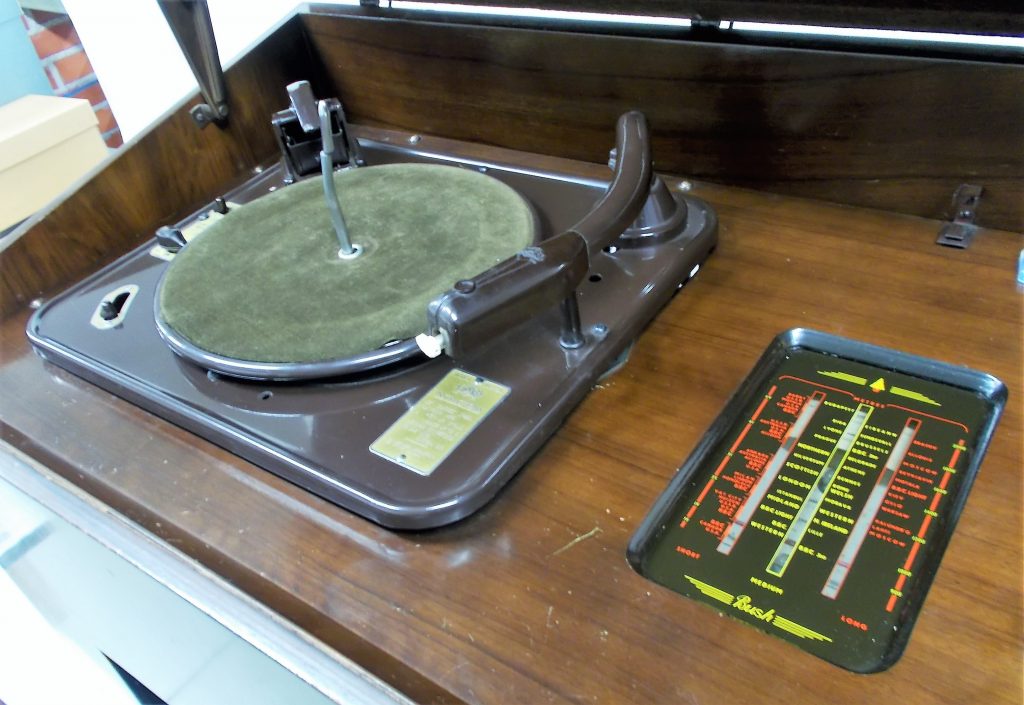 The dimensions of the radio-gramophone were 45 cm x 76 cm x 77 cm and the weight about 40 kg. It combines three-speed Garrard record player (RC 72A with an automatic record changer) and the radio/loudspeaker by Bush Radio Limited.

Having given up the Bush/Garrard radio-gramophone, von Wright family bought a more modern but reportedly not fancy playback equipment. With it von Wright continued the habit of listening records more or less regularly. Towards the end of his life he writes he kind of lost touch with music. 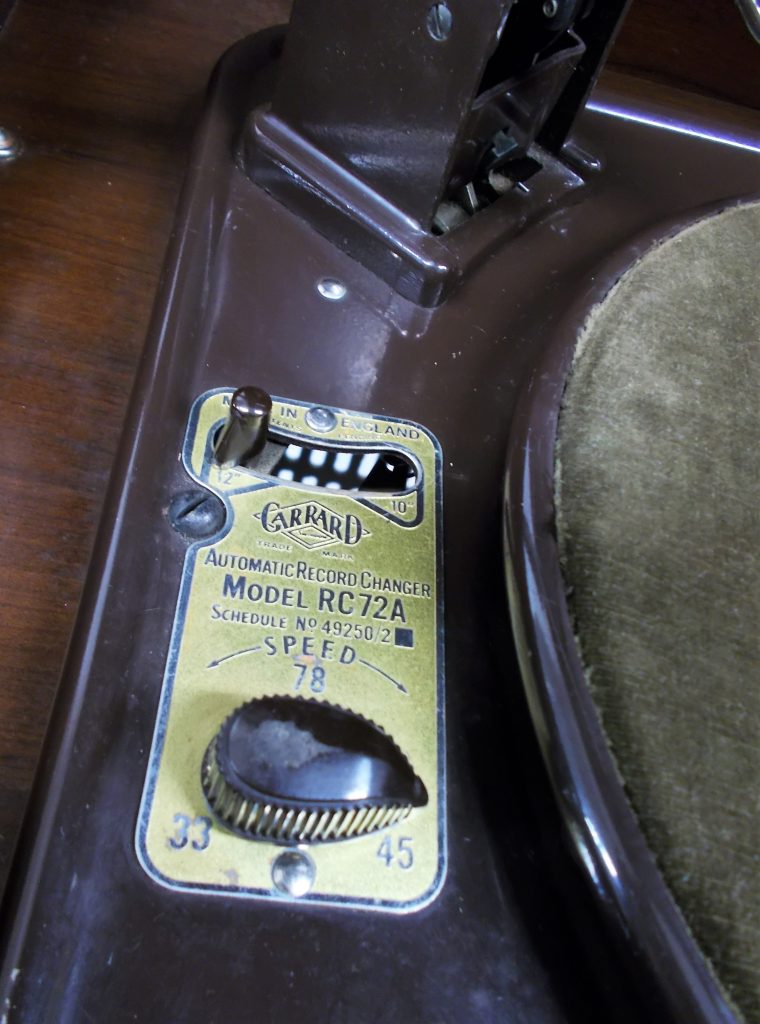 Although it seems that von Wright didn’t pay attention to sound reproduction and its fidelity, he did contemplate the sound. In the Shadow of Descartes (1998) von Wright returned into the traditional questions of the philosophy of mind (mind and matter), and devoted one chapter (On sound) to sound perception. There he submits the concept of sound, and hearing, to standard philosophical analysis dealing with the sound’s multiplication (one or many), divisibility, spatio-temporal features, predicated attributes, and its identity.

His question is: How does sound produce or result in an acoustic sensation, the subject’s hearing the sound? Through neural processes? Can neural processes be heard? Well, it depends on what it is to hear something? For von Wright, hearing is reacting or attending to a sound meaning that hearing always has behavioural criteria (even when one just listens to a sound). 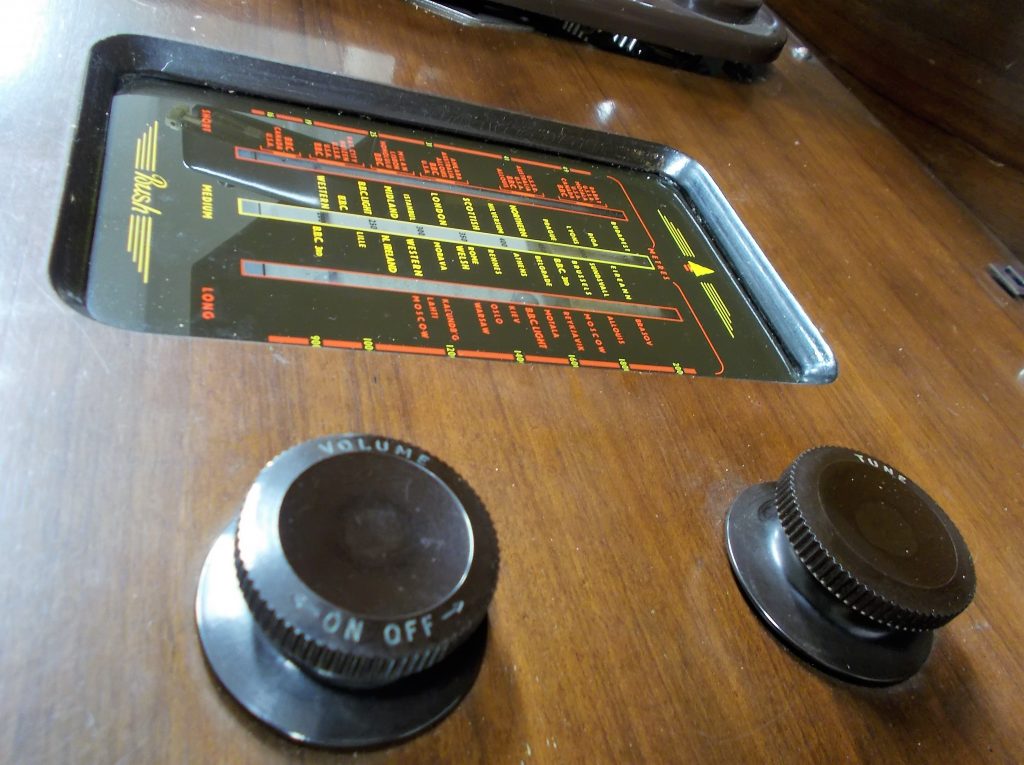 Music by the sea

As happens to many of us, von Wright’s journey with music proceeded from larger scale orchestral music to more intimate expression of chamber music. In 2003, von Wright was asked to choose music for the event called Music by the Sea, a concert to be held at a medieval church of a seaside town Inkoo. His choice was Schubert’s String Quartet op 163 C major, and Beethoven’s String Quartet op. 132 A minor.

”The two pieces” he writes in the handout, ”are neither gloomy nor full of resounding joy. Both were composed during the late period of the composers’ life. The C major quintet was premiered long after Schubert’s death, and Beethoven’s “Holy song of thanksgiving” reflects such a brightened life attitude that some of us attain at an advanced age, far away from human struggles and efforts”.