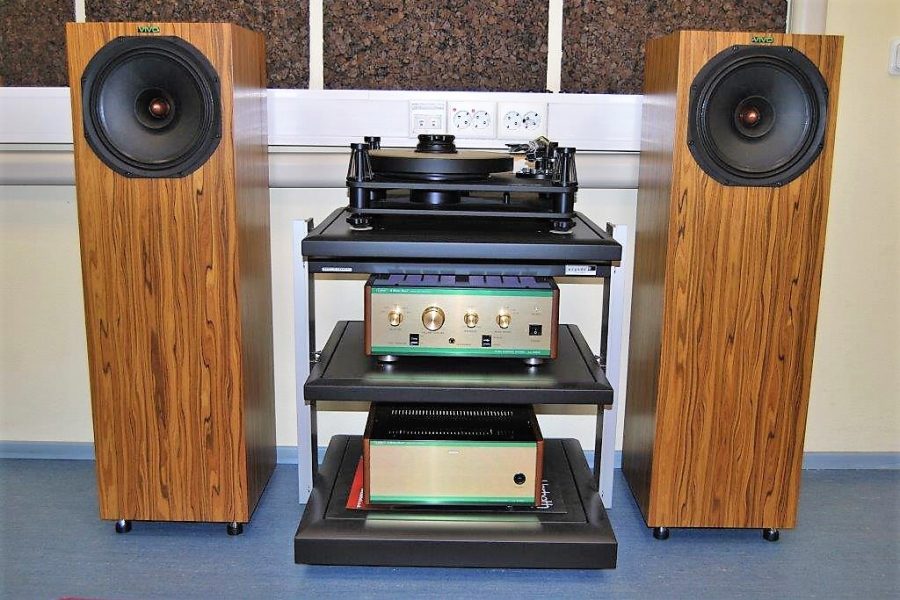 More precisely said, Vivo loudspeakers are developed as a combined effort by loudspeaker manufacturer Audes from Estonia, B.A.C.H. from Switzerland and TCG Handels GmbH from Germany.

The production takes place at the Audes factory in Estonia.

The star model is Vivo VS-20, a widebander with a 10 inch unit at the heart of it, with no filter whatsoever, but with an extra cone for extended treble and dove’s tail surround (no rubber or foam). The unit is Super 10″ Cast Frame (OEM version of it) by Audio Nirvana (USA).

The driver is mounted in a wooden (mdf + olive/oak/walnut ply) cabinet (98x30x32 cm/23kg). Vivo is a ported design. Two round ports are firing straight to the floor at the bottom of the speakers. It’s therefore necessary to place the speaker on circa 3cm spikes, and those come along.

The frequency response of Vivo VS-20 is said to be 45Hz-20kHz. It is not known how much in dBs the 45Hz has dropped (my guess is 6dB) . The manufacturer claims 99dB sensitivity, meaning that even a very small power amplifier should be sufficient to run the big Vivo, in fact the recommended amplifier power goes from 3W to 15W.

”If there’s a model for this loudspeaker it is Keith Aschenbrenner/Auditorium 23 has done with widebandwidth speakers”, says one project member, and goes on that Vivo VS-20 sounds best with small power SE amps or such PP amps as the 15 watt Leben C300XS.

I myself tried the Vivo VS-20 with three small power tube amps: PP 18W/EL34, PP 12W/6V6 and 4W/6L6GC SE. With the two first mentioned amps, the results were fine, with 4 single-ended watts, not perfect but still acceptable. 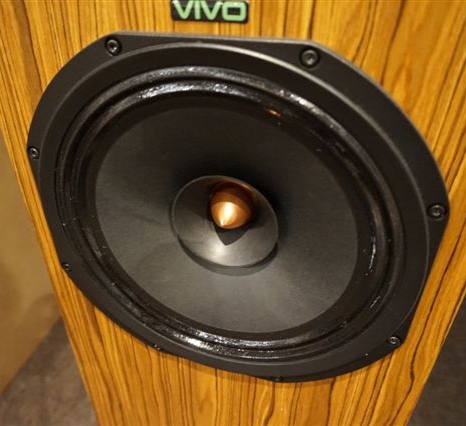 All loudspeakers are subject to compromises, technical and vis-a-vis the room. One doesn’t have to be exceptionally smart in order to understand that. But in the widebandwidth speakers, the art of making compromises is taken to the extreme. This concerns especially the driver but also how the cabinet is made to assist the driver to reproduce bass frequencies below the short-cut point (front radiation starting to eat the back radiation).

The sound of the Vivo VS-20 possesses many excellent features including very open and undisguised midband, not inhibited, freely living sound. What the speaker delivers it delivers fast. It is quick in accelerating and equally sharp in pushing the brake pedal when it’s time to slow down. All in all the speaker’s reaction time to changes in music’s dynamic and other turns calls no complaints.

The soundstage is convincing too. It’s deep and spacious, surprisingly well defined given the large 10 inch driver. And note: the way the sound is coming from the backstage has no flattening escapism in it. The sound stays lively despite being hugely 3 dimensional, something that is not easy to achievable.

It is quick in accelerating and equally sharp in pushing the brake pedal when it’s time to slow down. All in all the speaker’s reaction time to changes in music’s dynamic and other turns calls no complaints.

In terms of the overall tonal character, the speaker sounds reasonably clear and luminous, showing no muddiness, no gray veiling, no opaque character. As a consequence, a great deal of small sonic details are carried forwards and presented to the ear in a audible manner.

The bass performance is for the most part controlled, far from being superfluous or abundant (to the extent the room allows, of course). This is music friend’s bass. Someone might feel a need to have extra bass energy with some music but as far as I’m concerned, that would be incorrect: the amount of bass is quasi perfect for maximal intelligibility and legibility. No matter how poor the bass on the recording, and how easily other speakers blow it up, Vivo distributes bass in more or less right proportions. In this respect the Vivo VS-20 is a delight to ears, very enjoyable. 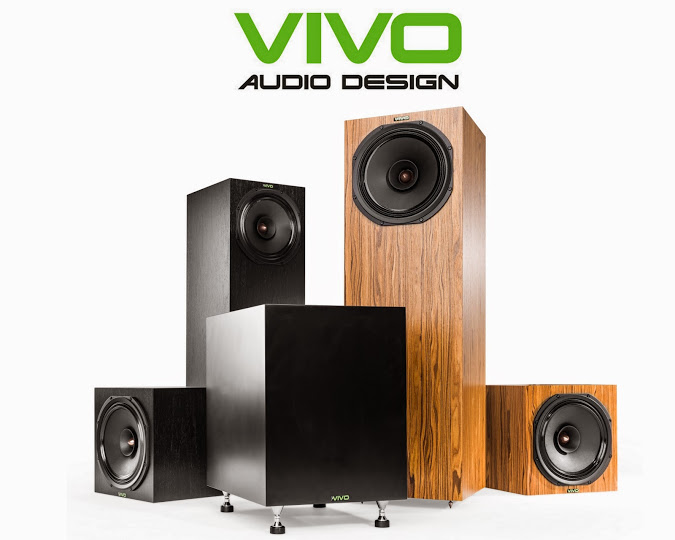 Yes, there is a compromise, and it’s the treble (at the lower end). In my experience, a meticulously made ten incher is capable of doing nice work up to 8 or even 10 kilo-hertz. But not higher up. If more energy is wanted at plus 10kHz frequencies, a whizzer cone is required – or a separate tweeter in the place of the dust cup, but, well, then it’s no more a widebander. Audio Nirvana’s Super 10″ Cast Frame trusts on the former. The whizzer cone can be a fine solution but it doesn’t necessarily help in reducing the larger cone’s resonances (break-up modes), plus if it’s not perfect (and it rarely is), it can cause resonances of its own – depending on how it’s designed and manufactured.

The Vivo VS-20’s treble creaps quite high up, not like a soft dome (or aluminium for that matter) would do it, but in that not-phasy and naturally flowing way the widebanders often handle treble. But there’s also open to perception that not too unfamiliar compressed and tense character that occasionally provides the sound with a slightly shouty and tonally constrained nature. Sometimes clearly observable, sometimes almost unnoticeable, but there it is, and when it hits hard it can be a bit disturbing. This (intermodulation distortion, air born resonances between the whizzer cone and the main cone – I cannot say) is not something that widebandwidth drivers much more expensive one than the one in Vivo, would be free from. To some extent it’s a law of nature. Since 1997, I’ve tried in my own designs or reviewed in other’s: PHY, Voxativ, Supravox, Fostex, Lowther, Omega, Klangfilm, Philips etc. etc. etc. drivers, and quite often some resonances are noticeable.

Sometimes clearly observable, sometimes almost unnoticeable, but there it is, and when it hits hard it can be a bit disturbing.

In Vivo, the phenomenon when it occurs affects the music (vocal music, wind instruments, guitars, string quartets) in two ways: as a nasty sharp or harsh sound, and by making the presentation smaller than it otherwise would be (eg. vocals may sound thinner than without it). The higher the playback volume, the higher the probability that it is also discernible. Very much depends on the music and the recording. There are music/recordings that generate no unwanted sounds whatsoever, and there a widebander such as the Vivo V-20 can be masterful! Also, just as with other widebanders, the phenomenon can be mitigated by working to get the optimum out of the speaker eg. by sorting out the most forgiving listening angle.

Compared to a Voxativ based rear horn design, Vivo lacks its brightness and brilliance, to some extent its refinement too, but notice that one would not get a single Voxativ driver  with the price of the Vivo pair. Compared to a 6 inch PHY in a TL cabinet, there were some similarities in sound, but while the Vivo produced more bass, the PHY was less forward and outspoken sounding, but also less attacking in the treble.

In conclusion then, Vivo V-20 possesses many sonic virtues that make it really fun to listen, the fun just slightly being diminished by its HF performance. Good work!

PS There are other models too in the Vivo family.