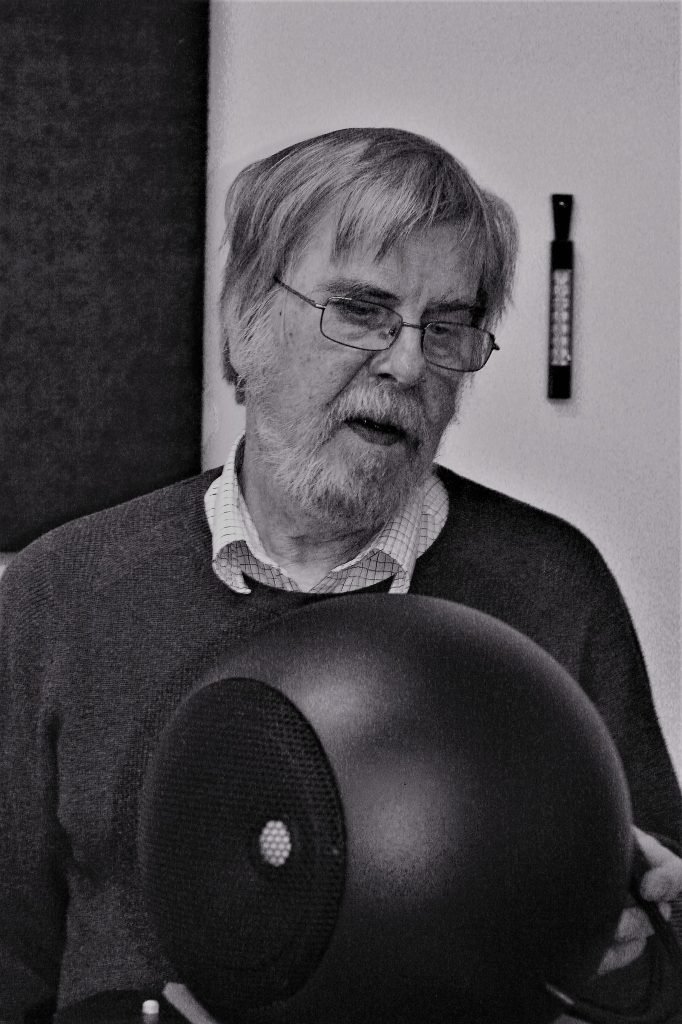 The story he kept telling me almost every time we met was how he remembers me, attending the Paris HiFi Show in 1994 and while auditioning the then brand new Gradient Revolution loudspeakers, having announced, with a deep chest voice, that there’s no way Brahm’s Deutsche Requiem could go into any speaker! He found it amusing because he took my comment as an atavistic or primitive one, as the truth coming from the mouth of a child (concretely, not symbolically), when the point is, of course, whether a loudspeaker can be made to reproduce the massive orchestra and choir in a satisfying way.

I knew Gradient speakers from the second half of the 1980s. I had often admired them with sadness, the sadness rising from the fact that I could not afford them. When I then moved to Switzerland to a financially more sustainable position I immediately ordered a pair of the Gradient 1.3 and later the mighty Revolutions. During that period I was in extensive correspondence with Salmi. He sent me over a pile of theoretical and other articles, brochures, presentations etc. on loudspeaker technology, which I then wolfed down with child-like enthusiasm as if I had participated in courses of advanced studies at the University.

In those days I devoured a number of HiFi mags from several countries and language areas. So when during my summer vacation I visited the Gradient HQ and factory, my head was crammed up with more or less wild claims about audio, which Salmi shot down one at a time in his characteristically calm and prudent way. Very instructive indeed even though I didn’t always agree.

In addition to his kindness, it is by his calmness and patience that people remember Salmi. I don’t recall him ever having lost his temper. He certainly had his share of the blows on tough markets over the years but he seemed to hid them in. He had a curious and revealing way to present his argument in the form of a counter question. That was his style to snipe at the opponent in an intelligent and friendly way.

In Finland, Salmi was a true father-figure for numerous hifi-hobbyists who turned to him to get advice on all subjects between heaven and earth. He was also widely known for not turning anybody down if they wanted discuss matters other than audio and loudspeakers. Music, for example.

My experience is that Shostakovich was his favourite. Symphonies in particular. He definitely had his favourites. Last time we met (see the interview) I played him a rather recent recording of Berlioz’ Les nuits d’été by an in many ways capable French mezzo-soprano whose voice I fancy, but not Salmi. As a counter-traction he picked up a substantially older recording from his collection (not Berlioz’ music) to show what sort of female voice he preferred. He loved music in a good old way.

Jorma Salmi was a rare combination of a great believer in technological progress, and lover of older designs. He himself didn’t see any contradiction because it was always the underlying technology that he appreciated most. Not that long ago I said to him that orchestral music with cymbals, or cembalo music for that matter, ought not be broadcasted because they sound meaningless and awful through FM radio, particularly on low listening volumes. He disagreed and referred to his vintage Philips tube radio set, which according to him, didn’t produce any problems with such a music either!

What’s best, his deep technological understanding did not grow just out of text books but from bottom up, most theoretical claims getting backed up by empirical experiments.

He wasn’t seen at HiFi Shows in recent years. He was equally skeptical and mistrustful of ”such HiFi mags”. On the other hand, I remember how he in past years praised the major Canadian HiFi Show where, according to his own words, visitors were well informed and knew to make right kind of questions.

He was a man of principles. Even when the company went through hard economical periods first in the early 90s and then in the mid 2000, he wasn’t ready to give up what he stood for. For an outsider it seemed that, for some things, it was either his way or nothing.

But then again, when the other week we were discussing the old question about whether the cone’s radiating surface area matters or not, he told me that he had changed his once settled opinion. For long he thought that it’s just the displacement that is decisive, but now he admitted that the piston diameter is important too.

Just a day before his death Salmi drove to a gathering of classic cars owners on the other side of the country. He had promised to find out where in Northern France one could rent out a Citroen 2CV. It is certain that he did. Never in the past 25 years he forgot or was indifferent toward what he had promised. Not once.

Jorma Salmi will be remembered by a wider league of people than he himself would have ever believed.