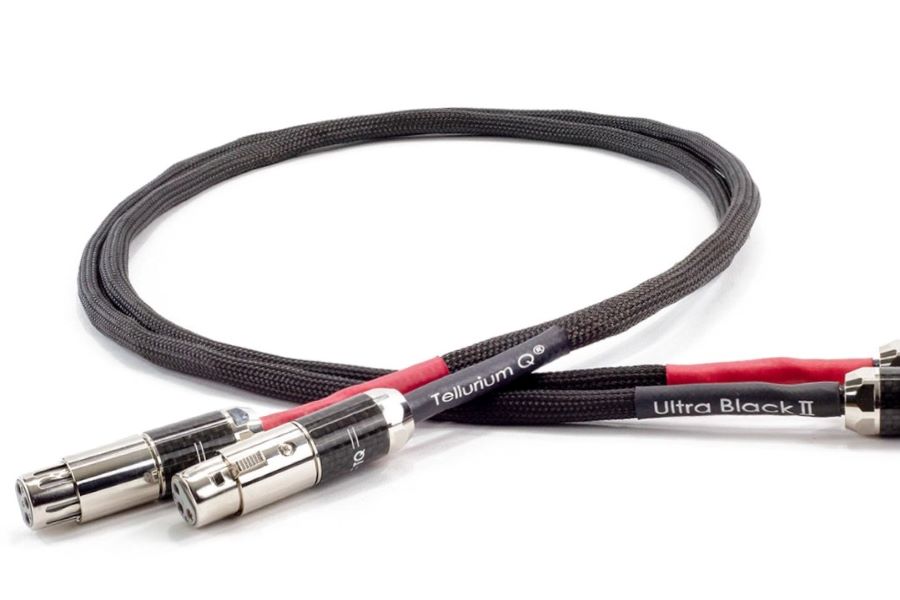 Roughly speaking Hi-Fi hobbyists can be divided into three groups: those who prefer to assemble their Hi-Fi system from loudspeakers up to the top. The second group sees things differently: it’s the front-end (sources & amplification) that matters most and provides the starting point. Then there’s the third group of hobbyists to whom cables may not provide the starting point, but who would consider neither loudspeakers nor the front end without considering, at the same time, the cables that would go with either of them; that is, to whom, when it comes to sound quality, cables are on par in importance with the loudspeakers or the front-end electronics.

A confession: I belong to the last mentioned group. I consider cables as super conducive to the final sound of my system. Not just any cables though. Ten years or so back I experienced kind of enlightenment or revelation when I first witnessed the effect that the British Tellurium Q cables made on the sound of my system, so much so that ever since I’ve stuck to top range Tellurium Q, particularly the speaker cables. As to interconnects, my second favorite brand is Transparent, but I do use also MIT’s and Audioquest’s interconnects.

No wonder then that when I learned that Tellurium Q had upgraded its famous Black interconnects into two new interconnects, Black II RCA and Ultra Black RCA II, I naturally arranged with Tellurium Q’s CEO Geoff Merrigan that I’d get both novelties for testing. But before moving to the quick comparison itself, let’s make Geoff a couple of basic questions about cable manufacturing. 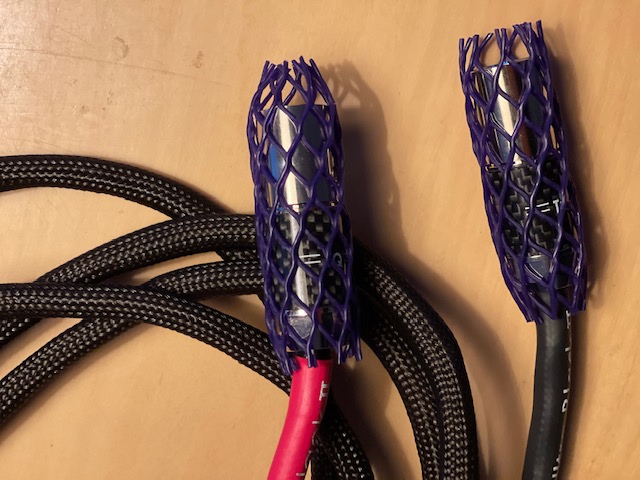 First, of all hi-fi components why cables? Aren’t the cable markets pretty full?

GM: It is possible to improve a system performance with cabling so even though there was a saturation of brands in the market, it was an obvious choice. The more we learn the more obvious it becomes, to the point that it is also apparent that system components have become so good in the last 10 years that it is cabling that holds back the performance. These problems are something that we particularly focus on to avoid as much of the issues of cabling as we possibly can with the technology we currently have.

The equipment these days, especially in the digital realm, are way better than owners imagine. To such an extent that a significant amount of the performance that customers have paid for never gets heard because cables have become the limiting factor as everything else has improved. So I guess to unlock what you have in your system it is prudent to improve your cabling and that does not always mean picking the most expensive you can find. Which is one of the reasons we developed the unique 3X3 matrix of cables that customers can mix and match in their systems. I think then that it is not about it being just affordable – good quality cable is essential or why spend on a good quality system if you are then going to mask its performance with poorer performing cabling.

In a word, cables matter because they cause issues with signals and left unaddressed wastes a huge amount of your system’s performance that you have paid for and cannot use. 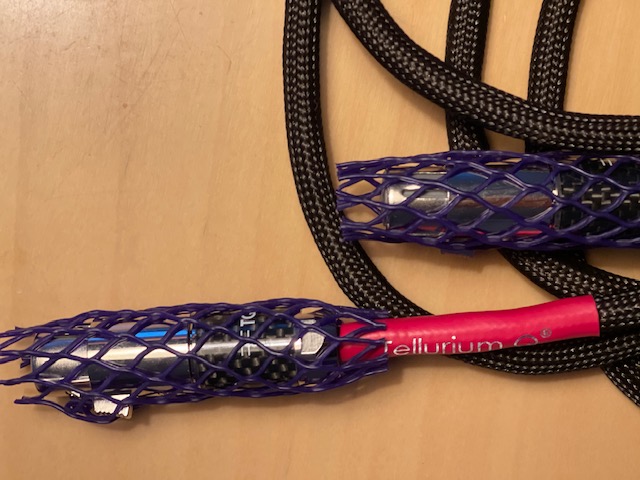 Does that mean that one should think cables as the first building block of a hi-fi system, and start putting together the system around them?

GM: Cables should not be the first element you build your system on. They are, however, a very misunderstood element that holds a system’s performance back. It is also a fallacy to just add cables from the source through to the speakers. Instead add where you hear the greatest improvement – wherever that is in the chain because a chain is only as good as its weakest link.

Some cable manufacturers add electronic circuits to their cables. What’s your take on that?

GM: I am unable to give any insight into the practice of adding electronic circuits to passive cables because we do not. Our products are developed and designed with the use of materials science predominately and that effect on signals.

Any thoughts about pricing audio cables?

GM: I don’t know about other companies, and don’t really care either, but our costs are primarily based on R&D, manufacture, etc. costs and making a best guess at spreading those costs over lifetime of the product. We do not release anything onto the market unless we can hear an audible improvement, and I think that our customers, dealers, distributors and even reviewers have come to trust that this is so based on the evidence of their own ears. This is a huge level of trust that people have in our business and it is something we take very seriously which feeds back into future developments. This has become one of the “flywheels” of our progress to date.

Is there a golden ratio on spending money on Hi-fi cables?

GM: Don’t get hung up on a price ratio. Listen and if the performance boost is worth it, then own whatever enables that improved performance if it is within your budget to do so. Many years ago I was invited to go to Ireland and demonstrate a range of our cables on a system at the dealer there. They had a very modest set up for me in a room thinking that I would only have our entry level cables. It was a Ming Da amplifier, low end CD Player and pair of second hand of floor standing speakers that were sale for around £1000.

We went up the ranges exchanging one cable at a time speaker, interconnect, jumper or power starting at Blue and eventually ending at Ultra Silver … the very top at the time as I recall. With each swap the system audibly sounded better and better even past the point where the value of the cable itself was greater than the entire system it was in.

I repeated this in Oslo, Norway with better equipment almost five years ago using a modest Xindak amplifier into mid priced speakers and there was a very similar result even though on that occasion we went all the way up to the Statement cables. The reviewer, Trond Torgnesskar, who observed the demonstration commented to me afterwards that he had not heard cables continuously improve as you go up through the whole range like that before. I said that I thought that was what was supposed to happen.

Do cables actually benefit from burn-in?

GM: Ours do, absolutely. Burn in is mostly essential to hear what our cables can do to the point that without burn in sometimes the cables can sound ordinary and leave the listener wondering why there is some much fuss and chatter about Tellurium Q cables. Leaving them questioning why all the awards? But once fully burnt in they can hear it.

Burn in changes and improves a cable where it generally opens up and become “silkier” and more natural sounding as it burns in. Why this happens is still up for debate and we have a few ideas of the multiple mechanisms that are at play but nothing we have set out to confirm and prove, so will not discuss here. So pragmatically speaking, Yes, burn in is a real phenomenon. Our speaker cables are not directional until they are burnt in. This is also why any tonearm cable from Ultra Black upwards in performance spends a day or two on a special “rig” burning in because the signal direct from a turntable is too small to do this in a meaningful timeframe.

Where do you see Tellurium Q in the future?

GM: Still trying to get things right, still struggling to make cables sound better. We could branch out into other areas such as grounding and isolation etc. and have developed effective solutions there as a consequence of the research we are putting into the cables themselves. We have even given away some of this research to a stand manufacturer because we are still laser focused on the cables and that is where we place the vast majority of our resources and must for the foreseeable future. We would prefer to fully master one area rather than be a “jack of all trades”. This also keeps and builds our customer’s confidence that we really are specialists in our field.

The approach of Tellurium Q is best explicated here: telluriumq.com/our-focus/ 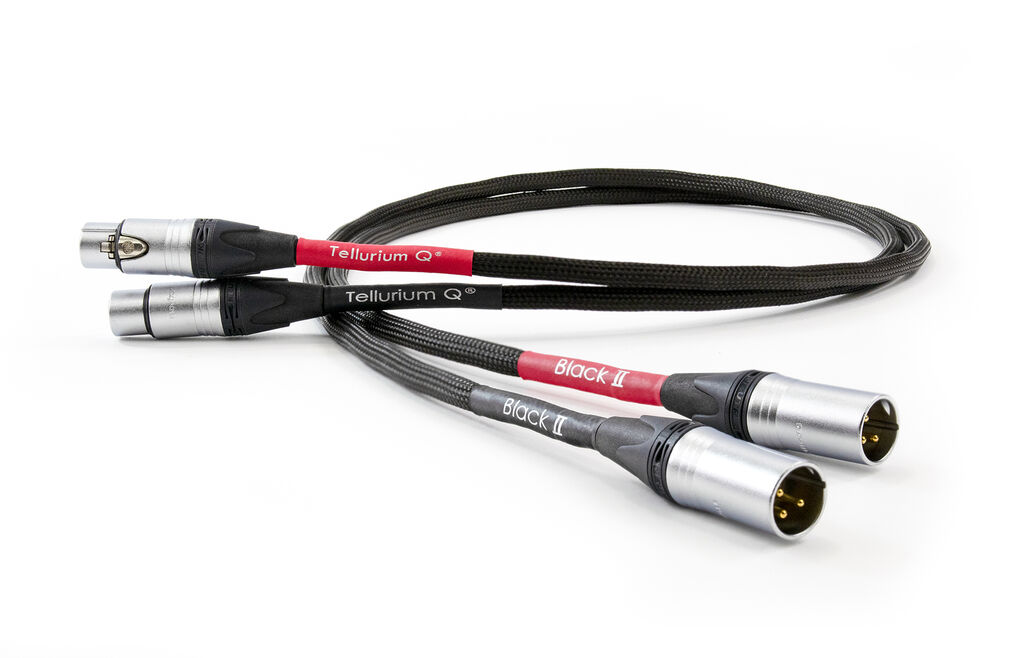 For the audition, I had the new balanced Tellurium Q interconnects, the Black II XLR and the Ultra Black II XLR, between my McIntosh 2300 preamp and a pair of mono-strapped McIntosh 275 amps, driving YG Acoustics speakers assisted by two Elac 2090 subs. I didn’t directly compare the new Blacks to other interconnects, but I couldn’t help that the way more expensive, solid sounding Transparent MM SS Balanced interconnects were lurking in the back of my head.

All in all, Tellurium Q’s new Black II XLR handled the traffic very well. All the same elements were there as with the more expensive reference cable, albeit in a more pointillistic and little less solid way.  Here’s one verdict: if Transparent MM SS’s are meant for a life size sound and very heavy use, Tellurium Q’s Black II XLR are fit for a bit smaller-scale system. In such systems they’re able to shine with tube amps, able to bring jazz to life, able to reveal system weaknesses, and definitively able to improve the sound to the musical direction. Given that they came reasonably close to the reference, they’re certainly good enough even as the final interconnect in any down to earth  system.

The case of Ultra Black II XLR turned out to be interesting because it  seemed to have a distinctive quality: a brighter top register. Placed in between the pre amp and the mono blocks it distinguished the upper end and made it glitter, but if placed wrongly, eg. between the pre amp and the subs, the cable kind of filtered or gave a minor preference for the low end (bass) so that the new glowing HF band came with some price.

Both new models vs. the reference: the Tellurium Q’s sounded drier and less rounded, more analytical and explicit (as opposed to resonant and harmonious), and had the tendency to single out details (rather than to be cohesive). But mind you that the Tellurium Q cables cost only a fraction of the price of the reference, and as such are a safe choice for a competitive and super satisfying sound. Compared to average entry level cables Tellurium Qs place the listener on a positive circle from where it’s easy to jump to upgrades eg. from T’s own collection.

Testing Tellurium Q cables proved, once again, that it is able to design and manufacture very solid, high-performance cables that are consistent with the previous versions.