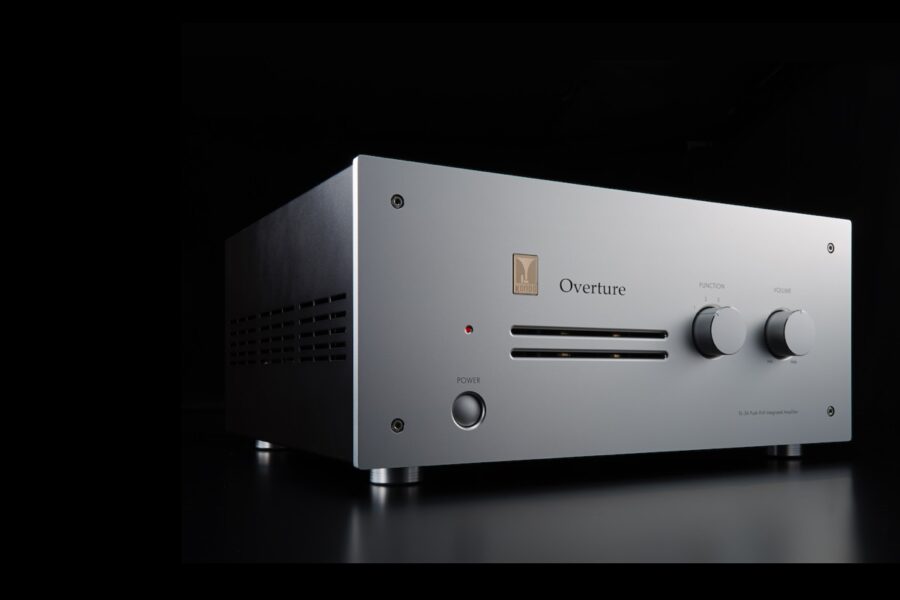 Have you ever noticed how some Japanese audiophiles have the habit of closing their eyes and waving their hand along with the music as if they were conducting the orchestra by themselves. I don’t know exactly what’s behind the behavior, but my guess is that it’s their way of internalizing music. The reason I’m telling this is that hand waiving was the first thing that popped into my mind while listening to Audio Note Japan’s Kondo Overture integrated amplifier. That’s not my normal  way of reacting to music but the sound was somehow so natural that I was tempted to. More of that later.

Despite its price, 30 000 euros, the Overture is the cheapest what Audio Note Japan can offer to its friends. Overture ain’t Ongaku though, that famous Audio Note Japan’s 211 (VT-4C) SET amp from 1988, with its mythical “silver sound” resulting from the patinated silver that has been used in the power transformers, wiring, components, and more; and that it ain’t can be seen of its material basis. The chassis of Overture is made of aluminum instead of copper, and the OPTs are pure copper, not age annealed silver. But is the copper age annealed as well?

“We did not apply any annealing to the copper used at the Overture transformers. But don’t worry, winding skills is another very important factor in making transformers, at least as significant a feature than the wire material.”

“First of all, silver is a relatively soft material, which will “self anneal” with time, and too much additional annealing makes it “over” soft. This generates a lot of problems for the cable manufacturing process resulting in a lower audio performance. Simply put, using “age annealing” means to find the best balance point when applied to silver cables. Copper, on the other hand, delivers its best audio performance in its high purity form. Applying annealing will oxidize it easily, which eventually lowers its purity. Therefore we did not apply any annealing to the copper used at the Overture transformers. But don’t worry, winding skills is another very important factor in making transformers, and all transformers in Overture are skillfully hand-made by ANJ. This is at least as significant a feature than the wire material.”

Overture ain’t a cool Class A single-ended amplifier with a fancy triode at the end.  Instead it’s a common Class AB push-pull design with fairly common EL-34s power pentodes that Mullard introduced in 1955. What’s the secret the Overture? 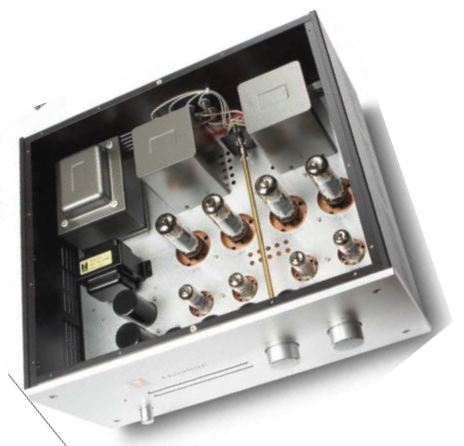 Masaki Ashizawa: “That’s what’s audiophiles keep constantly asking. At CES  visitors praised the sound of the Overture as silky smooth, elegant yet with very clean and good dynamics. They thought that the circuit must be either Triode or Single-Ended design. Once we told them that they were listening to an EL34 Push-Pull circuitry, they were amazed about the quality level that can be retrieved from a pair of EL34. It was at that point we knew that we had reached our goal.”

The 32W+32W output stage of the Overture is ultra-linear connected (ie. thanks to intermediate screed grid taps built into the primary of the OPT, part of the load is common to the screen grid and the plate). Is that the secret?

“Using ultra-linear circuit is fine, but honestly, more important to the Overture’s sound quality is our fine tunings, and Kondo’s original parts.”

“Using ultra-linear circuit is fine, but honestly, more important to the Overture’s sound quality is our fine tunings, Kondo’s original parts as well as some new design features such as the Constant Current Biasing techniques. It prevents the music signal from passing through the biasing circuitry. With especially carefully adjusted circuits, in addition to high quality parts used, only minimum level of feedbacks is needed. The global feedback is just 3 dB, partly explaining the high transparency and coherence obtained.”

By the same token, the fact that the signal path features capacitors is not as important as where exactly the caps go in the driver and output stage. The caps are hand-made using ANJ’s own treated silver, and so is internal wiring. All in all, Overture is a heavy and broad-shouldered amplifier to which the stripped front panel adds certain lightness and elegance. Four single-ended inputs decorate the rear panel as do speaker outs for 4 and 8 ohm loads. Unlike in some other ANJ amplifiers, the speaker terminals accept banana plugs. Here are the: 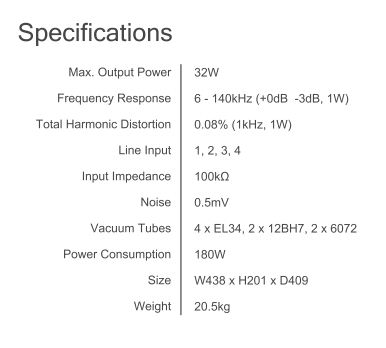 The output tubes in the review unit came from Russia: Electro-Harmonix. The 12BH7s at the input are R.A.M.-labeled (ie. a matched pair), and the other input tube is General Electric 6072. Through +90 dB sensitive loudspeaker, the Overture run very quietly, surprisingly quietly in fact, no noise whatsoever, not even from a short distance. I tested the Overture with several speakers, monitors as well as  floorstanders (eg. Dunlavy Athena). The CD player was a Sony connected to either Sentec Di-Ana DAC, LEAD Audio LA-100 DAC or PS Audio PWD DAC. All cables were provided by Audio Note Japan.

Listening to the Overture didn’t make my jaw drop immediately. It didn’t make me jump up from the listening seat and shout out hurrays. But it did make me listen to my standard samples for a longer period of time that I’m used to. It kind of lead me slowely and inattentively to inhale music and urged me to continue to do so, even when it already was clear what my judgment would be.

Indirect inducements and covert force of attraction became a sort of unifying  theme for my listening impressions. The true nature of the sound laid below the surface.

Indirect inducements and covert force of attraction became a sort of unifying  theme for my listening impressions. The true nature of the sound laid below the surface. An example. The first handshake with the Overture gave me an impression of an amp that sounds slightly sweet, not that fast and a little veiled. The ‘weakness’ was, however, deceptive: against all odds, the Overture never asked to raise the volume level. And the best explanation is that all the important and essential elements in music, including various low-level details, were nicely specified and served at lower volume levels too.

Another example. I experimented with music samples that contain plenty of high frequency content, hiss and chink of the cymbals etc., in order to identify the specific tone of the Overture. It was exceptionally difficult. I realized that Hi-Fi euphemisms regarding a ‘typical’ transistor amp or a ‘typical’ tube amp didn’t apply here. The tone wasn’t this or that, it just was. 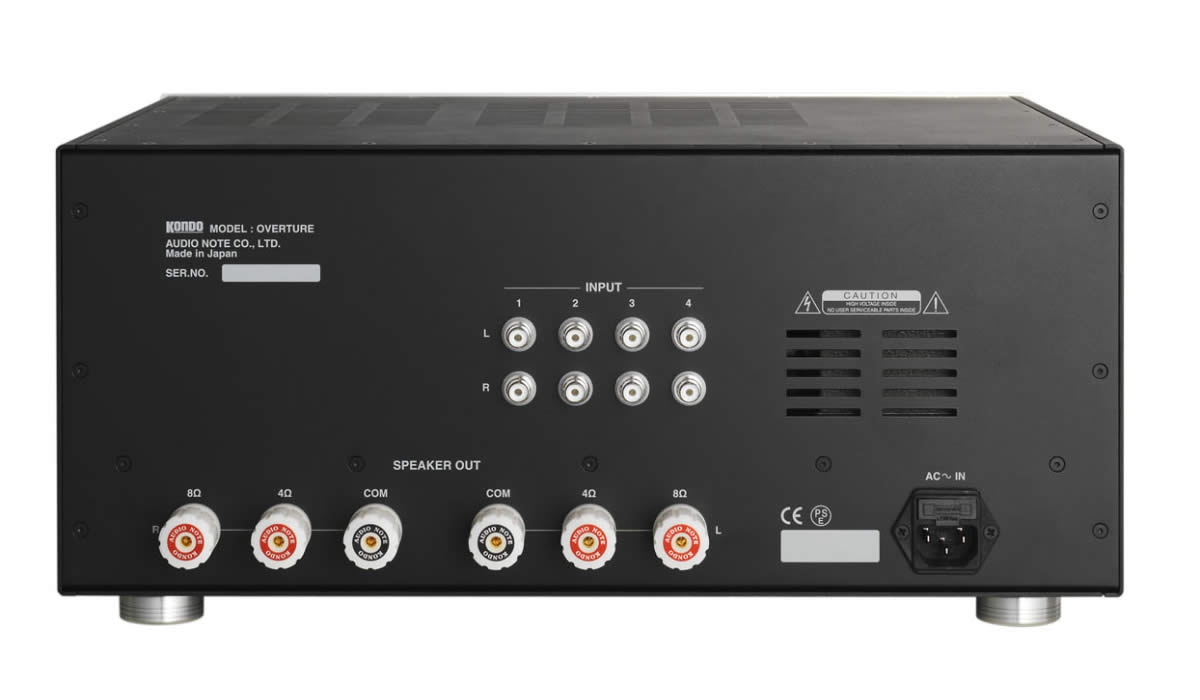 Kondo himself often spoke about a “mechanical sound”. A mechanical sound will dull the listener’s senses during longer listening periods. As opposed to this, what ANJ is after is a “natural sound”. This may sound a tad too poetic, but I think I understand him better now: Natural, not in a sense of “one with the nature”, but in the sense of “artless”, “unstudied”, “all-inclusive”. When that artificial character is completely gone, the amplifier just lets music speak. Such naturalness may be misleading because in some sense it comes close to being bland. And the Overture’s voice is anything but bland.

Taking lessons from the Overture

Without flattering or mysticism the Overture illustrated music from inside rather than from outside. The findings were revealed a disc after a disc, and over a longer period of auditioning. The Swiss-French Ceccarelli Jazz Trio and its The Beatles arrangements turned out to be greater music than I expected. And a wholly new sonic discovery was the interplay between the pedal of the bass drum, and the rest of the bass department.

The Fry Street Quartet’s string quartets (Stravinsky, Rorem, Scearce): the Overture put weight on how each musician performed the dynamics. Also, when the instruments stood out from each other, listening to the music did not become incomprehensible, meaningless audio spotting. With Bach’s Cantatas the Overture spotlighted not just the singer (Ian Bostridge) but his relation to the orchestra (Europa Galante). What was truly remarkable with this disc was the almost austere naturalness of music reproduction.

What the Overture’s sound is not?

Overture does not sound big and roomy in a way some McIntosh integrated tube amps do, for instance. It prefers to keep the sound within the speaker rectangle while the precision side-wise was exemplary. Overture is not a reproducer of high dynamics. Stormy and loud piano music as well as the sharpest outbursts of saxophones came out a little soft. But be careful: here too the segmented and layered soundstage can fool you.

And yes, the Overture’s bass department sounded a little polite. The double bass eg. in jazz was not generally a problem but the very lowest bass notes were weaker  than expected. Lynyrd Skynyrd’s Guns, God and Cry rumble began to sound a little thin in climaxes with respect to the band’s aesthetic goals. Everything is relative, however. In classic, the Overture handled heavier orchestral pieces without stumbling.

And, finally, the Overture ain’t Shindo in the delicacy department. The sound does not feature the same heterogenous inner structure, the same tonal and temporal depth psychology. There’s something great about the Overture’s sound but it’s not greatness of the SET kind of sound. This should not come as a surprise to to the guys at ANJ who’ve been exposed to Ongaku and other top-quality SETs for a long time. The Overture is just different. And yet there may be a family resemblance in how the amps are voiced. I’ve heard Ongaku in half a dozen different systems. It has never made a big first impression, and yet I’ve always sensed that something very special is going on, something genuinely good things happening. That is not too far from what I experienced with the Overture.

Speakers for the Overture

Clearly, the rated 32W output power surely is sufficient for majority of loudspeakers. Yet I constantly felt that the Overture would perform optimally (unveil its most important qualities) when it doesn’t have to work like a horse. Hence, sensitive, impedance friendly speakers. Tonally it would be essential to find a loudspeaker – neutral or less neutral – that would allow the Overture’s natural sound to come into sight, well, in a  natural way. No show-speakers, please. And, of course, the Overture deserves to be paired with as high quality, wide-bandwidth loudspeakers as possible. If one can afford to invest more than a nurse’s annual salary in an amplifier, anything else would be sheer madness.

Apparently, after my initial review, ANJ came up with a new version of the Overture with substantial improvements, as they put it. The amp, called Overture PM-2i, is said to have gained from the knowledge learned from Kagura researches and applications.

The power tube is still a pentode EL34, from which (a pair) the manufacturer has secured a minimum of 30W (output impedance are 4Ω and 8Ω selectable). 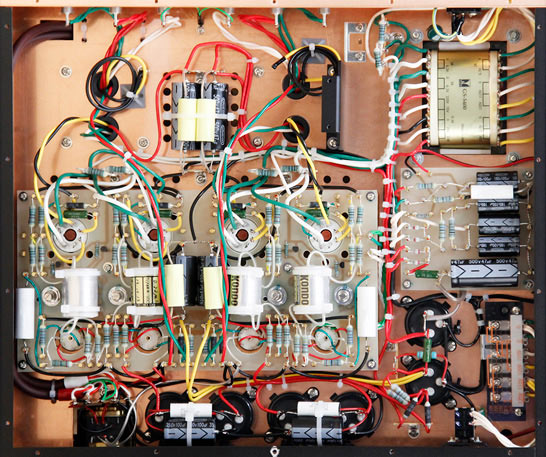 Otherwise improvements are indeed many and influential:

In all: “Reference to many classic push pull circuits with addition to our original new ideas, the performance of EL34 amplifier is elevated to a completely new level, combining both dynamic and delicate tonal balance.” 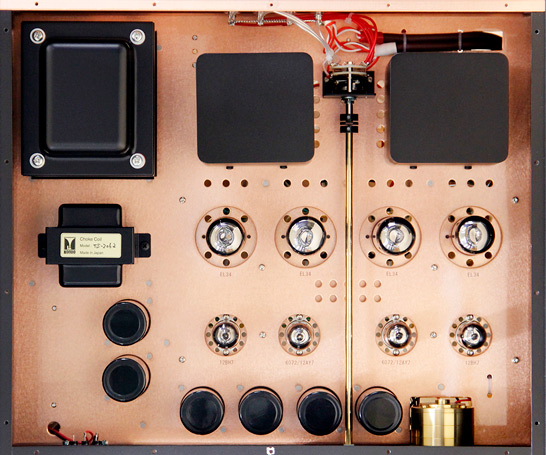 Very interestingly, and with regard to my earlier findings, ANJ now stresses the Overture’s sound’s triode aspect – “triodes’ iconic richness in musicality”. New design guideline was “Cleaner with more Triode Splendidness” which translates into “fully unleashed the wildness and dynamic of music while having all micro details expressed with textures”.