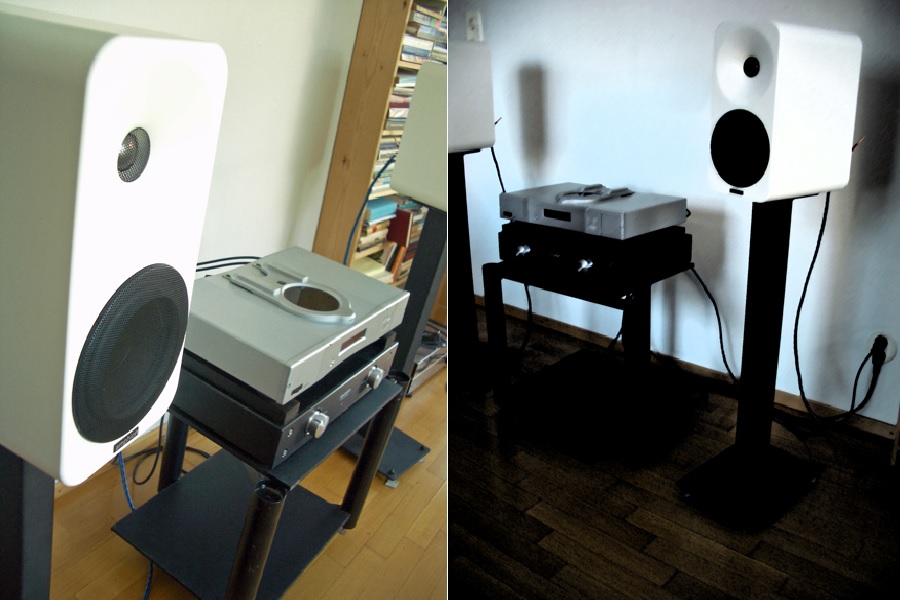 Audiophiles often make the claim that even if components were excellent in their own right, they can only sound good if between them certain synergy holds.  Is that true or just one more urban legend?

Well, lets see. Below are three amazing hi-fi products. They are not the most expensive gear there is, nor on top of their product lines. What unites them is some extra quality that helps them differentiate sonically from the competition, not necessarily by a big margin but enough in order to qualify for this experiment. But do they also make a winning team? 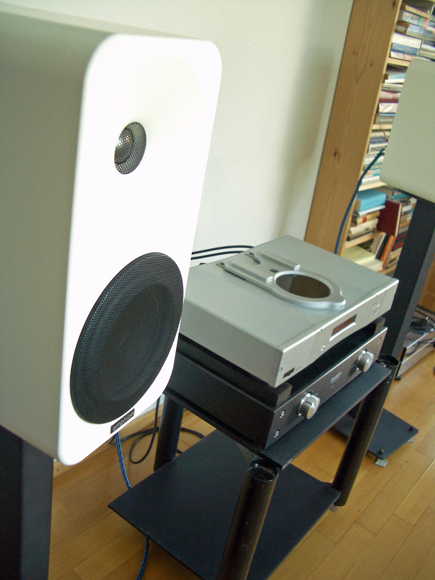 Amphion Ion L is a good looking, ported two way design with lower than normal crossover frequency (1600 Hz). The total volume is 9 litres. Ion L sports 5,25” Nomex woofer, and a 25 mm titanium dome with a new refurbished magnet arrangement. In 2009, Ion L got a new waveguide and experienced finetuning of the cabinet and the crossover.

Amphion Ion L is not the only noteworthy loudspeaker in the 1000 euro price class. But it has an exceptionally neutral, uniform and secure sound, void of obvious defects. The loudspeaker speaks with clarity and luminosity, typical of all Amphion loudspeakers. And it has an exemplary soundstage and imaging capability. 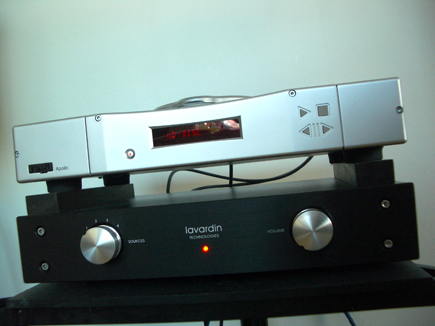 Lavardin IS is a four input, 30-40 watt, wide bandwidth integrated amplifier designed to eliminate the effects of what Lavardin calls memory distortion. As far as I know the amplifier has not been subject to major modifications over ten years.

In a recent INNER article, seven integrated transistor amps were tried: Bladelius Tyr, Cyrus 8 vs2, Densen B-130, Goldenote S-3, Lavardin IS, Primare I30 and Yamaha A-S2000. The speaker was Dunlavy Athena, and the source a mid-priced Marantz CD-player. None of the amps was sonically a disappointment but two rose above others: Bladelius Tyr and Lavardin IS. The latter, in particular, sounded superlative in many respects: resolution, spatial delineation, micro-dynamics and timing. Its ability to pick up small details was simply incredible and something not available to such an extent with the other amps. 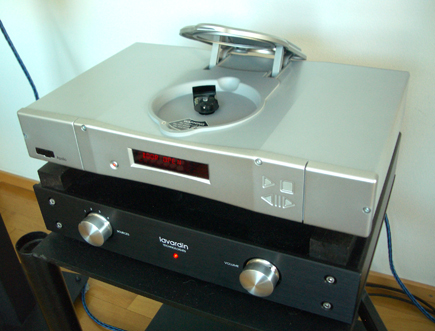 When Rega introduced the top-loader Rega Planet CD-player in 1996, it was a small sensation in the audio land. Would the famous turntable specialist be the long-waited savior of the digital sound?

Of a few candidates I chose Rega Apollo first because it sounds clean, not edgy, and 3D. But even more importantly because it did sound – nothing like Rega’s turntables – but still kind of ”anolog”. 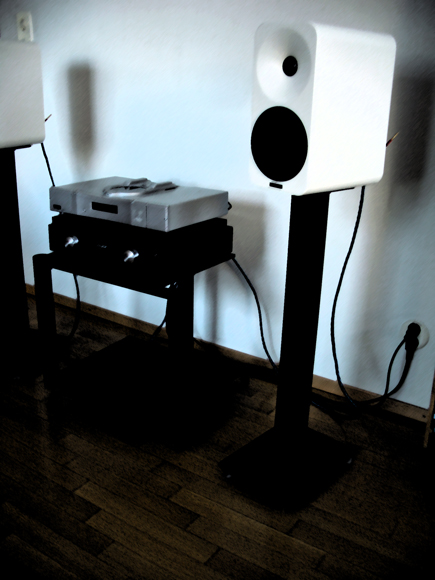 So here we have a classic British source, a hot French amplificateur, and a cool Finnish loudspeaker (cables by Kimber, USA), all impressive devices in their own right. How did they play together as a system?

Smoothness, neutrality and impartiality. The slightly greyish color of the sound the system inherits from its loudspeaker. The sound has excellent voicing and transparence. Music emanates nicely from between the loudspeakers but does not escape too far back to the horizon. Thanks to Ion L’s uniform directivity the sound is less vulnerable to room colorations than on average. This system is bound to sound reasonably good in various rooms, and that is good.

Generally, Lavardin IS’s 30-40 watts were enough to play music with sufficient volume levels through the 87 dB sensitive Ion L. However, as regards effortless reproduction of music’s dynamics, I felt that one or two extra watts would not have done harm. Instead, there was a perfect impedance match between Lavardin IS’s 8 ohm output and Amnphion Ion L’s 8 ohm load.

The –3 dB point of Ion L is at 50 Hz, meaning that the lowest octave is missing. It’s vital that Amphion has not tried to compensate the lack of the lowest bass by enriching the upper bass. The downside is that the overall tonal balance remains somewhat pale and incomplete with music such as medieval and baroque music, some piano music and large orchestral music.  And Lavardin IS offered no help here. Those who prefer a fleshier balance might consider adding a subwoofer.

From the bass upwards the sound is very coherent, open and largely distortion free. I’ve heard Ion L together with Audio Analogue and Accuphase solid state amps, Melody SP3 PP tube (5881) amp etc., and the reproduction of the higher octaves has always been consistent: not bright or aggressive but not overly forgiving either.

What Lavardin IS brings to the sound is ”inner meaning”, the ability to follow music’s rhythmical nuances, including silent moments, as well as to highlight significant details. But the IS also added brilliance to the sound that is already kind of tender. Fortunately the Rega Apollo came and offered counterbalance to the tone. Apollo’s DAC  (Wolfson WM8740 Sigma Delta 24bit DAC with a discreet Class-A output amplifier) did not sound as analogue as my good old Sentec Di-Ana DA-converter (Burr-Brown PCM63P-K DAC with the low-feedback PA630 IC by Phototronics), but it delivered a deeper soundstage and avoided roughness and other digital sins.

All in all, the Amphion-Lavardin-Rega combination turned out to be a fairly happy line-up. The team excelled especially with well-recorded studio material, vocal music and with selected acoustic music. If more powerful and punchier sound is the desired goal, then one would have to go for bigger speakers and harness them with eg.  heavy-duty Bladelius, Densen or Primare amps. But that would be another team and another play.