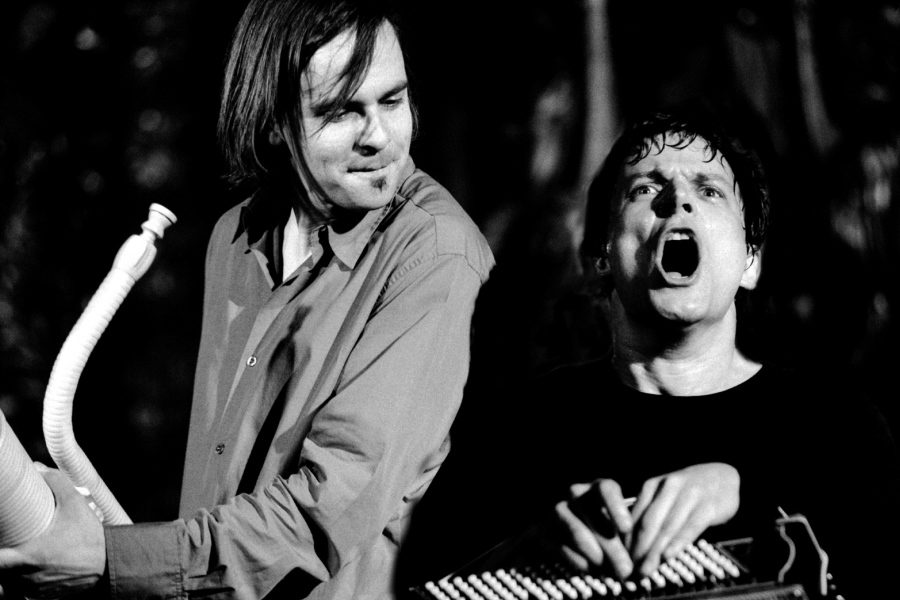 “Talk with my turntables“

That is a description of Stimmhorn’s first sound play “melken” from 1996. Stimmhorn equals to Christian Zehnder and Balthasar Streiff, two musicians from Basel. 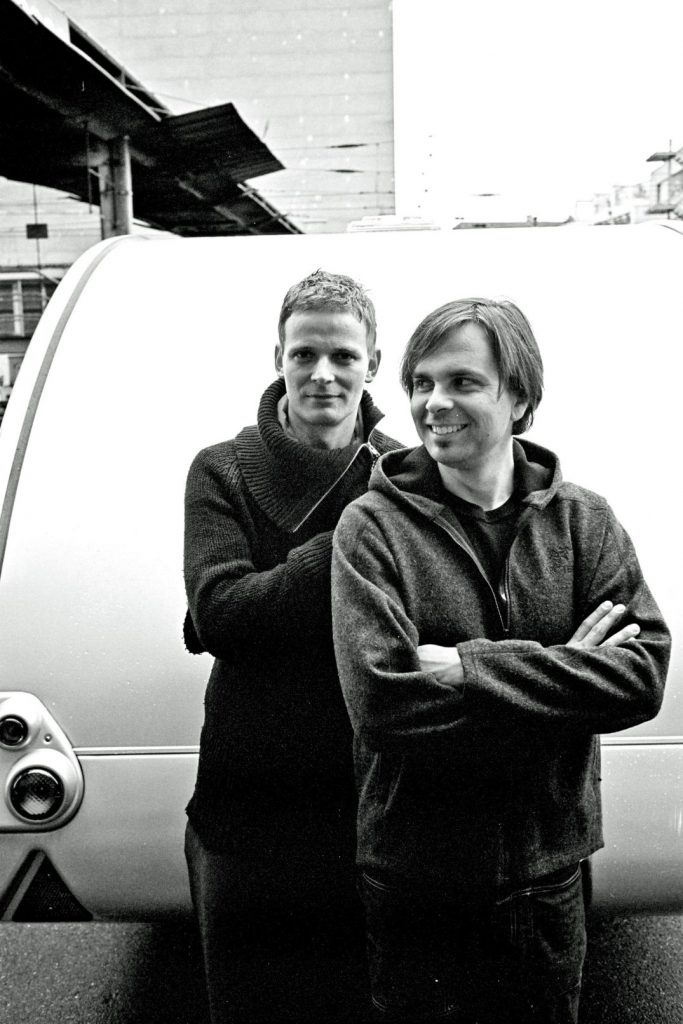 Open-mindedly combining human voice and alpen horn, Stimmhorn was founded in 1996. Their music is not prone to categorizing: references to many directions can be heard. Alo utilizing the means of music theatre, Stimmhorn makes acoustic trips to traditional and experimental sound world. In addition, they have tested their means in the field of contemporary music, film music and literature. For all this, Zehnder & Streiff have been awarded several times.

Stimmhorn regards itself as a border violator in the Alpine landscape. And what would be a more effective way to renew century old tradition than by experimenting with age-old local ways of producing sounds: alpen horn and jodlaamalla. Here are some info from their website:

“Natural horn made out of wood, assigned to the Central European, Alpine region. Having had almost disappeared in Switzerland at times, the alpenhorn was promoted systematically for advertising purposes by the Swiss tourist industry and it was completely subsumed and condemned to lifelessness by the Yodel Association. Nowadays it is experiencing a slow but steady revival, even in rather conservative circles. Originally, the instruments were carved out of a small fir that was slightly bent at the base due to its hillside location and the pressure of the snow; today they are almost exclusively produced by modern production techniques, which only now makes possible musical precision and the playing together of several instruments. The ‘Büchel’ is the smaller, vortical version of the alpenhorn; the alpophone was made by Balthasar Streif himself. 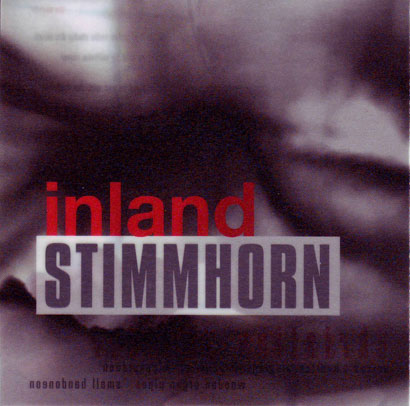 “Breathing technique, in which simultaneous in- and exhalation is possible. The breathing out is divided into two phases: a first amount of air is exhaled with the diaphragm and ribcage, a second part with the cheeks and the tongue. During the second phase of breathing out, fresh air is being inhaled quickly via the nose by lowering the diaphragm. This air is then again used directly for the next first phase. Thus, with many wind instruments, if the appropriate technique of embouchure is also used, a permanent tone [Bordun tone] can be sustained over a longer period of time. Circular breathing is being used in the music of most of the peoples of the world; only Western classical music forgot about it to a large extent [probably due to the frequent alternating of bass tones in the counterpoint]. Only when the Australian didgeridoo appeared in Western sub-cultures did this ancient technique of breathing find more attention again.”

“Singing technique in which individual overtones of a tone from the natural tone scale are filtered out in such a way that they are perceived as separate tones [flute or whistle tone], the impression of hearing several voices at the same time is produced. From one single keynote, up to 14 overtones can be sung. Those who succeed in controlling these at times very fleeting tones, can use the technique harmonically in manifold ways and can sing in two voices with it. Overtone singing has to be differentiated from singing techniques that involve only enhancing the timbre of one’s voice with overtones. In Western culture, this vocal skill was primarily appropriated and transmuted by the New Age scene of the 80’s . As early as the 1960’s, composers such as La Monte Young and Karlheinz Stockhausen introduced overtone singing into avant-garde music.” 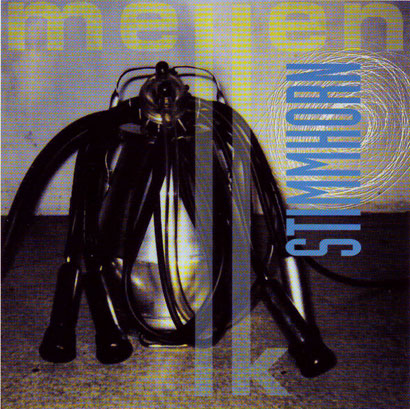 “Textless singing on sounded syllables, rooted in the Alpine tradition. The term ‘yodel’ is onomatopoetic; typical sequences of syllables are “yohodihu”, “Iohodraeho”, “holadaittijo”. A characteristic feature of yodeling is the fast, soft switching between chest and head register. The origins of yodeling date back to pre-Celtic times: shepherds and gatherers, wood workers and charburners communicated via yodeling, from alp to alp with screams or whoops. Forms of yodel-communication also exist amongst the African Pygmies, the Inuit, in the Caucasus, in Melanesia, China, Thailand and Cambodia, in Spain [“Alalá”], in Lapland [Joik], in Sweden [Kulning], and also in Poland, Romania and Africa.” 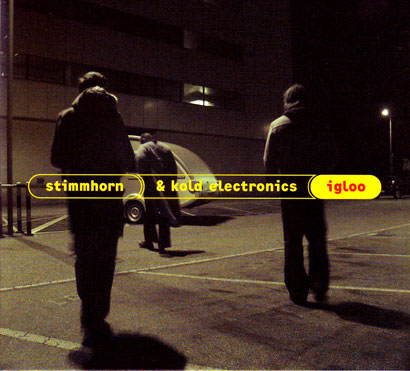 As said, Stimmhorn’s music is hard to describe except by calling it very inventive. Telling samples of their imaginative sound world can be found on their website. Stimmhorn discography is four page long. Their music can be listened purely on an audiophile basis focusing on the quality and impact of the sounds. Whoever is responsible for the recording process seems to know what s/he’s doing.

Finally some review comments from the press:

“Utterly sincere, technically brilliant and completely bonkers… You really have to experience them live! If what they do is closer to art than music, then think of them as site-specific living sculpture – and a lot more fun than Gilbert and George.” [The Guardian, 2004]

“Zehnder is closer to performance art than land art, in the tradition of Dada sound poets such as Hugo Ball and Richard Huelsenbeck. Take Obtubi from their album Inland (RecRec). Or Wududu, in which he sings a breathy, percussive part over Streiff’s double-alpenhorn bass riff, followed by an affecting high-horn melody.” [The Guardian, 2004]

“…The two Swiss, Christian Zehnder and Balthasar Streiff, are the best thing that has climbed across the Alps and onto our stages: … a bizarre scenario of sounds and images, intelligent and ironic, as richly effectual as an opera, as sad as Piazzolla’s tango, and as full of secrets as a Swiss cheese…”[Süddeutsche Zeitung, 1996]

“…This one-hour long performance is of an unbelievable precision: every note seems to be accidental but is, in fact, tuned to the others in an extremely fine and exact manner. With a dreamlike naturalness they demonstrate how superb even the most ordinary, every-day noise can be: the crackling of fire, the tingling of a pinball machine, train and street noise.” [Süddeutsche Zeitung, 1999] 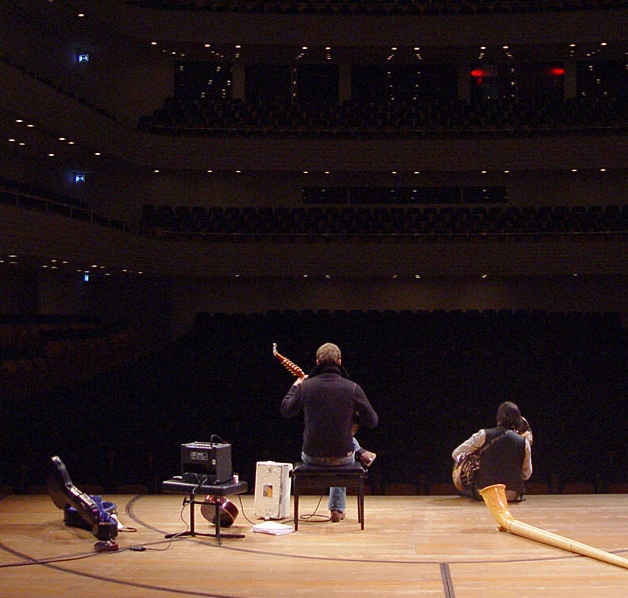