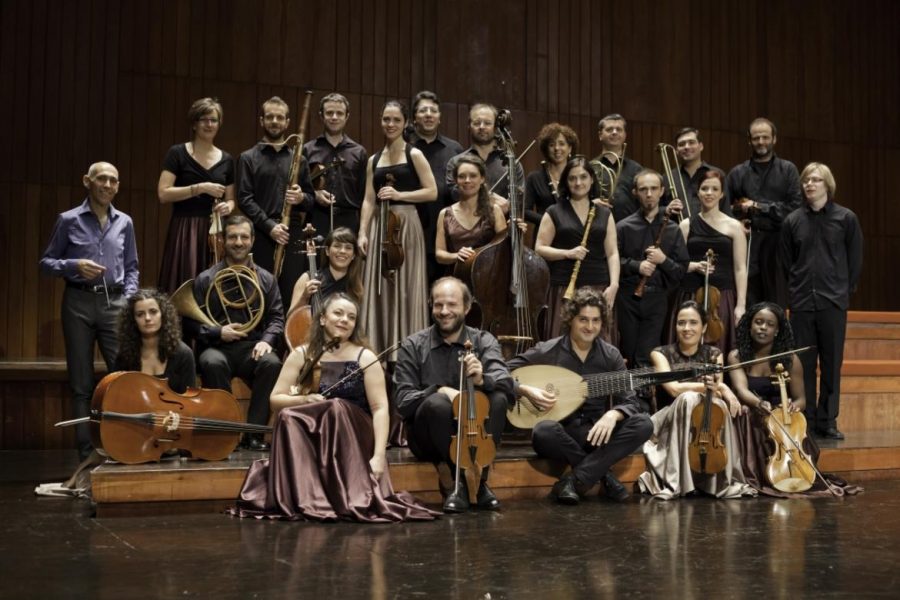 The ultimate purpose or goal of music listening is to not have a need to repeat any particular musical experience again. I’m not going to argue for the ”truth” of this idea but it, again, occured to me when I attended a concert, in which a Lisbon based Baroque orchestra Divino Sospiro (conducted by Massimo Mazzeo, soprano Eduarda Melo and Marja Rumpunen on fortepiano) performed music from the 18th century Lisboan concerts and assemblies.

Music was written by Pietro Giorgio Avondano (1692–1755?): Sinfonia in F Major, and Sinfonia in D Major; by Francisco António de Almeida (c.1702–1755): Cantata ”A quel leggiadro volto”; by Carlos Seixas (1704–1742): Concerto in A major for keyboard; and by Pedro Antonio Avondano (1714–1782): ”Aria Ah, non sai bella Selene”. Apart perhaps from the Seixas’ A major Concerto, superbly served music was immovably beautiful (if that attribute may be used in the context of Barogue music) and nobly impassioned music.

It was a concert that defied the very grounds of hi-fi. Why? Not because of the experiential material or authentic sound of the live performance, although both were impeccable. 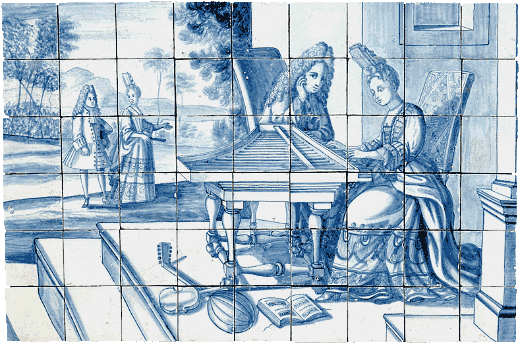 The concert took place in a renovated banquet hall (Tenalji von Fersen) located in the old granary of the fortification’s bakery, built in 1775. The rough and lively surface of the tall tile vaults gave the hall its distinctive 18th century look; candles and the fact that the musicians were dressed in 18th century style further lifted the atmosphere (Portuguese wine and finger food was also available). No such stimmung is repeatable at home.

The same applies to the fantastic disarming sound conjured by the period instruments (3 violins, 2 viola, 2 cello, double-bass, hapsichord). The sound, listened from the distance of 5 to 6 meters in the middle of the hall, far from first wall reflections, was nearly literally heart stopping.

But it wasn’t the social aspect of the event, nor the phenomenal live sound that made me (once again) doubt the grounds of hi-fi. It was the thought that music, essentially and deeply, is – ought to be – like any short-lived unforgettable event in life, they come and then go, and once part of the past, ideally should not be revived by means of hi-fi systems and record collections. In concerts like this, when music stops, it stops forever. There will be new occasions to stronglooy experience the full and strong influence of music when their time comes, but for now that was it. It’s somehow built in to music, “best” music especially,  that it should not be present and available all the time. Music won’t win silence by being omnipresent, but by on rare moments offering breathtaking moments for music hungry soul. 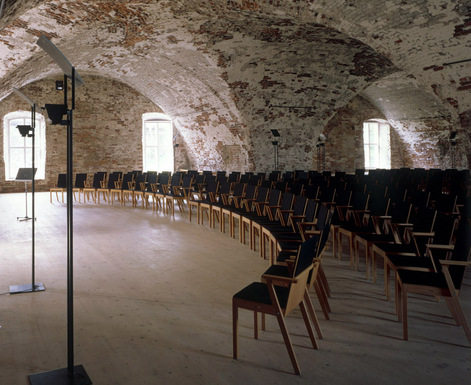 It was the event, the surroundings, the sound, the excellent performance of the orchestra and the soloists, all that together that made me realize, once again, that ultimately music is not a durable good but a commodity that is meant to be consumed at once. The idea is not to return to the same music again. The experience is not repeatable. And if not, why collect music? Why play it again and again?

The concert reminded me of a documentary about African music. In it an African musician couldn’t understand the European tradition of playing music from notes and repetition of old practices because for us Africans, he said, music is only for those moments it’s played. That’s all. Music has no other functions.

The concert was part of a week long Les Lumieres Festival held at Suomenlinna, a maritime fortress built as of mid-18th century (a UNESCO World Heritage Site). The theme for the evening was ”Meeting of The Nationalities” (The background: In his salon the Count Anckarbjelke (Joachim Wigelius) and has guests form Portugal. With his Portuguese guests, the poet Manuel Maria Barbosa Bocage (1765–1805) (director, actor André E. Teodosio) and Countess Vimieiro, Teresa de Mello Breyner (musicologist Cristina Fernandes) they reminisce over the Lisboan social life, concerts and assemblies, including the soirées at the Salon of the Italian-born composer Pietro Antonio Avondano, where the numerous foreign artists of the city meet.)

Founded in 2003 by Italian musician Massimo Mazzeo,the Divine Sospiro is a Portuguese orchestra specializing in the interpretation of Baroque music. It comprises a base forming twenty musicians. The principal conductor is Enrico Onofri. The orchestra keeps residence at the Belem Cultural Centre in Lisbon.
The other week the Divine Sospiro performed at the Helsinki based Festival Les Lumieres …
The Playing Lady – Senhora a tocar; 18th century, Museo Nacional do Azulejo Lisboa
Assembleia das Nações Estrangeiras:
A Lisboan Assembly
MEETING OF THE
NATIONALITIES
SATURDAY, JUNE 14TH, 2014
TENALJI VON FERSEN,
SUOMENLINNA, 7 P.M.