Originally trained as a sculptor at Konstfack (University College of Arts, Crafts and Design) in Stockholm, Ann Rosén has been active as a sound artist and composer since the 90s.

She is a founding member of Syntjuntan, and 2013 their album was awarded the Manifest prize for the best experimental album. With Syntjuntan she has composed music, built instruments and performed nearly two hundred concerts and workshops.

In recent years the composing, often in combination with self-made electronic musical instruments, has taken an increasingly large place in Ann’s oeuvre. In the work Resilience and through her trans-disciplinary umbrella project the Great Barrier Orchestra, Ann’s long artistic activity is summarized in modular pieces for the custom-built instruments Kneecuff and Inteoch, voice and mixed instrumentation. With these works she aims to challenge our inner and outer barriers, the ones we carry inside ourselves and the ones we encounter in the world around us. Ann’s latest album Bredvid was nominated to the Manifest prize 2017. 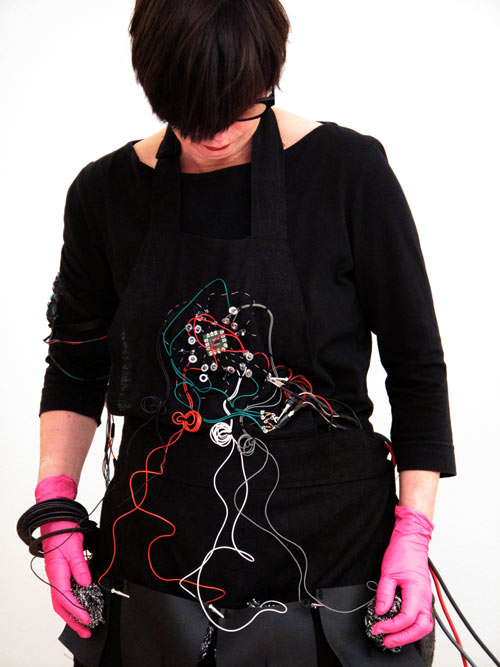 RUNTOM (‘Surrounding’) is composed at Visby International Center for Composers in the beautiful spring of 2009. It is a pure electro-acoustic work made within the digital domain using un-contaminated electronic sounds that where generated using the Max/MSP software for the shepard sounds and the Clavia G2 synthesizer for the noise-like sounds.