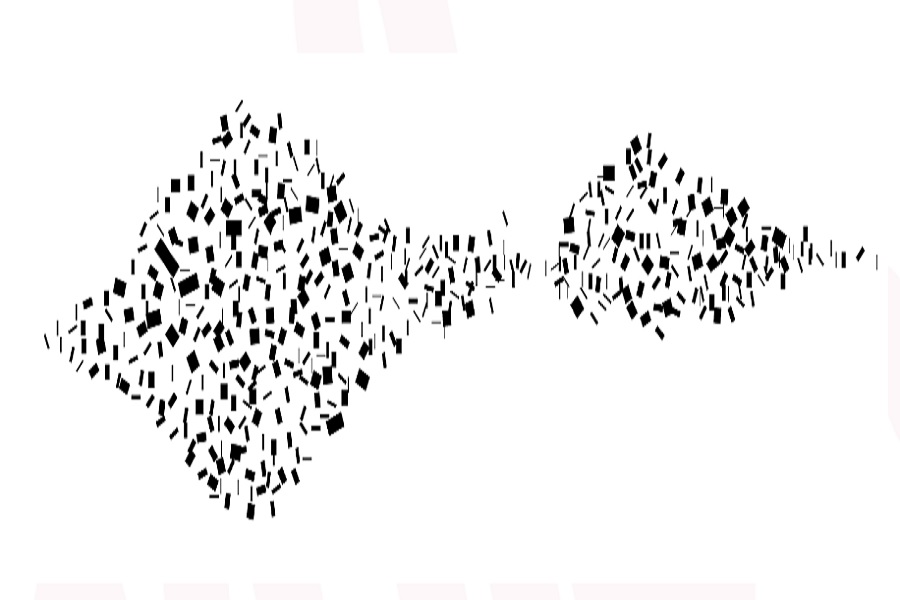 noun: the feel, appearance, or consistency of a surface or a substance (“skin texture and tone”)

Below I’ve made use of, and mixed, a dozen or so sources to give an idea of what is meant by texture in different fields that we are concerned with. 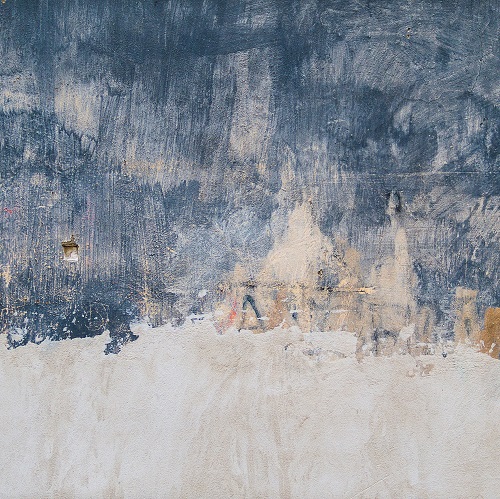 texture in art and design

In the visual arts, texture refers to the perceived surface quality of a work of art, eg. the look and feel of the canvas of a painting. In addition to the paint, other materials (ribbon, metal, wood, lace, leather and sand) can give an art work its texture.

Open to both sight and touch, the texture is distinguished by its perceived visual and physical properties. Physical texture (actual texture or tactile texture) refers to the actual variations upon a surface having a physical quality that can be felt by touch.

Visual texture is the illusion of having physical texture. Every material and every surface has its own visual texture and is taken into consideration before creating a composition. Photography, drawings and paintings use visual texture both to portray their own subject matter realistically and with interpretation. Texture in these media is often created by the repetition of the shape and line.

Use of texture, along with other elements of design, can convey a variety of messages and emotions. 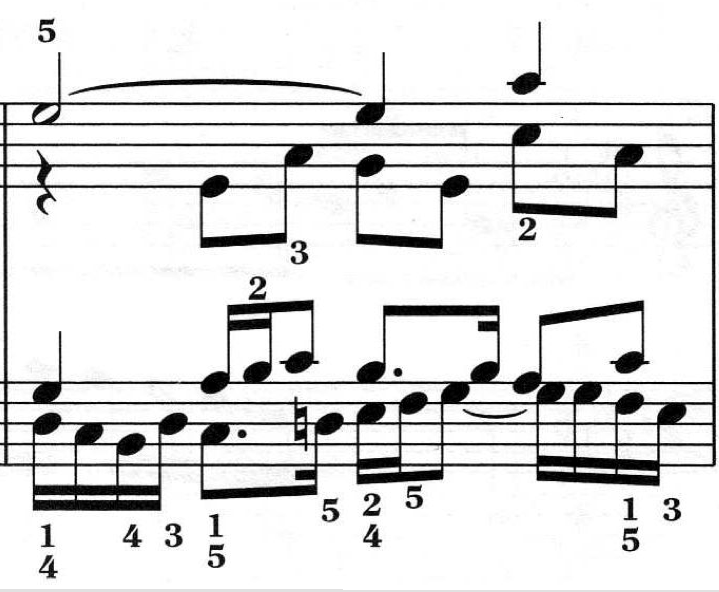 In music, texture is how the melodic, rhythmic, and harmonic materials are combined in a composition, thus determining the overall quality of the sound in a piece. Texture is often described in regard to the density, or thickness, and range, or width, between lowest and highest pitches, in relative terms as well as more specifically distinguished according to the number of voices, or parts, and the relationship between these voices.

A thick texture, for example, may contain many ‘layers’ of instruments: a string section, brass etc. The thickness can vary in relation to the number of the instruments used to play the piece. The effect can be light to thick. A piece’s texture may be changed by the number and character of parts playing at once, the timbre of the instruments or voices playing these parts and the harmony, tempo, and rhythms used (Benward & Saker 2003).

Thus, “texture” can mean the overall sound created by multiple instruments in music, “the combined timbre of a group of instruments”.  In the classical music theory “texture” means the type of different musical “voices” in a piece of music: monophonic, polyphonic and more. 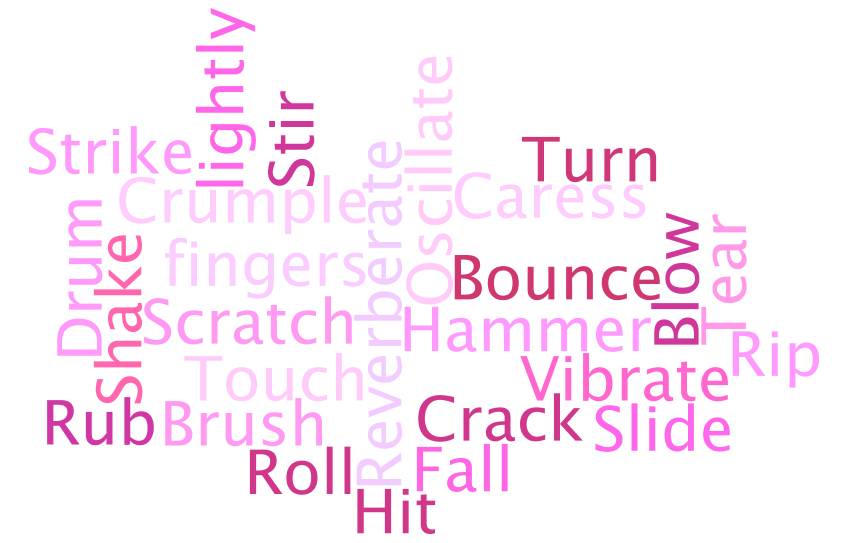 As for sound art, the term texture is used to describe the consistency of sounds, and is often related to the parameters of sound such as density, layering and timbre/sound quality, and described in terms of the relative thickness, activity or pitch range. Textures might be light, or they might be heavy and dense. They might be smooth and similar, or rough and different.

Textures are sometimes described as the opposite of gestures. If ‘bling’ were a sound gesture, ‘shhhhh’ would be closer to what is meant by texture. Defining texture in sound art is subject to ongoing study, and has turned out a rather complex task.

Texture, respectively, is more about interior activity, the patterns inside sounds, about encouraging the ear to contemplate inner details.

Denis Smalley’s book on “spectromorphology” has been extensively used for analysing electro-acousti music, and for the division of sound material. According to Smalley, musical gesture, derived from our experience of physical gesture, is concerned with the tendency for sound-shapes to move towards or away from goals in the musical structure; it is concerned with growth, temporal evolution, sense of forward direction, the impact of events, dramatic surface.

Texture, respectively, is more about interior activity, the patterns inside sounds, about encouraging the ear to contemplate inner details; it is often more about standing still and observing the behaviors of sounds rather than pressing onwards through time. Gesture can be textured, and textures can be formed from gestures — the interplay and balance between them lie at the heart of our experiences in musical time. 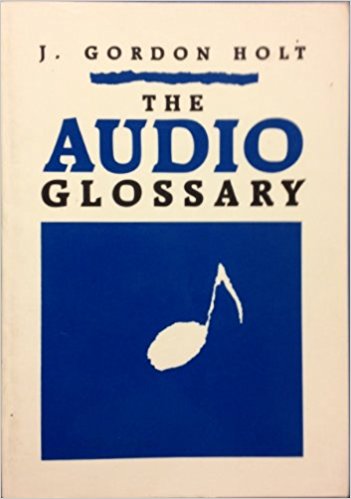 In his Audio Glossary from 1993, J. Gordon Holt defined “texture” as perceptible pattern or structure in the reproduced sound, even if random in nature. Texturing gives the impression that the energy continuum of the sound is composed of discrete particles, like the grain of a photograph.

Robert Harley in his Guide to High-end Audio speaks about “texture” on various occasions. For example, he writes, a particularly annoying treble characteristic is graininess. Treble grain is a coarseness overlaying treble textures, best noticed on solo violin, massed violins, flute, and female voice. On flute, treble grain is recognizable as a rough or fuzzy sound that seems to ride on top of the flute’s dynamic envelope.

Reproduction of instrumental textures is an important factor in midrange performance. Texture is the physical impression of the instrument’s sound—its fabric rather than its tone. The closest musical term for texture is timbre: “the quality given to a sound by its overtones; the quality of tone distinctive of a particular singing voice or instrument.” Sonic artifacts added by electronics often affect instrumental and vocal textures.

Midrange grain is characterized by a coarseness of instrumental and vocal textures; the instrument’s texture is granular rather than smooth. Midrange textures can also sound hard and brittle. Hard textures are apparent on massed voices; a choir sounds glassy, shiny, and synthetic. This problem gets worse as the choir’s volume increases. At low levels, you may not hear these problems. But as the choir swells, the sound becomes hard and irritating. Piano is also very revealing of hard midrange textures, the higher notes sounding annoyingly brittle. When the midrange lacks these unpleasant artifacts, we say the textures are liquid, smooth, sweet, velvety, and lush.