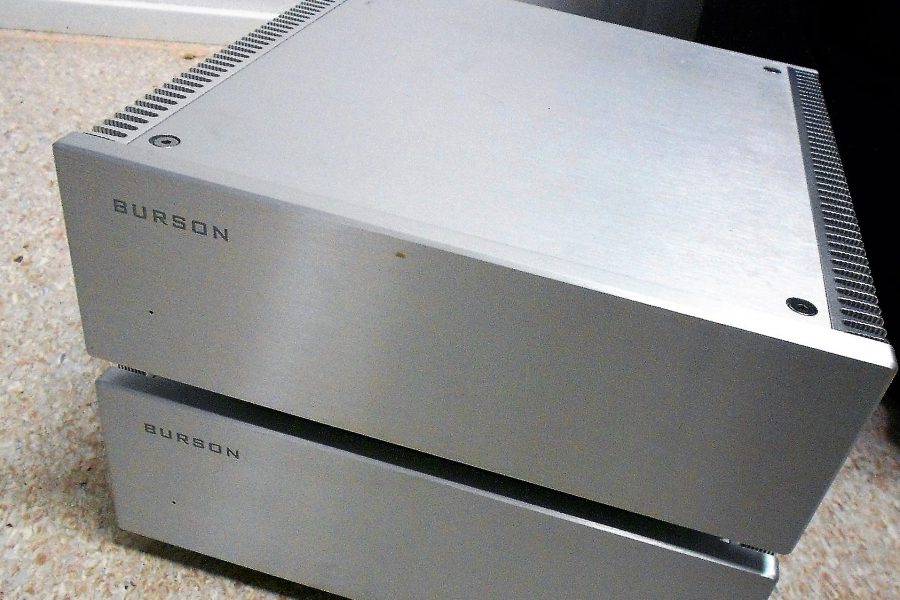 I take it for granted that a vast majority of the folks who’re into high-end hi-fi are aware of Burson Audio and its cute but professional amps and headphone amps,  so I don’t take any stress of providing introductory info on neither the company nor its  design philosophies and products, including the quest star of this article: the desktop sized Timekeeper stereo power amp outputting handsome 80W true Class AB power per channel.

No ICs on the board, a 300W custom-built transformer and a linear power supply with 40,000uF of power reserve. Add to that the CNC machined aluminium enclosure/heat-sink, both RCA and XLR inputs, and what you get is the Timekeeper, or at least as I knew it when I got hold of a pair for a longish loan to carry out some speaker testing with an amp of sufficient quality.

I have nothing worthwhile to comment on its technical data, nor on its appearance; everything seems to be in order: THD (1khz @ 8 Ohm) less than 0.03%, frequency response 0hz – 50Khz (+/-3Db), and SNR better than 98dBax. 240 mV is required to run the amp to max power, and input impedance offered to the preamp is 20Kohms.

The funny (odd?) thing is that despite the longish loan I didn’t review the Timekeeper itself.  So I use this opportunity just to report briefly of how I “felt” the Timekeeper behaved when matched with a selection of loudspeakers of different type. The speakers with which I was able to “test” the amp’s potential included more than one  standmount 2-way monitors such as Audio Note AX Two; at least two floorstanders: Penaudio’s Rebel Three and ProAc’s Response D20/R; plus two or three widebanders (PHY,  Voxativ etc. based).

One unlikely but quite happy companion was the EM Acoustics EMS-51 professional PA speaker. 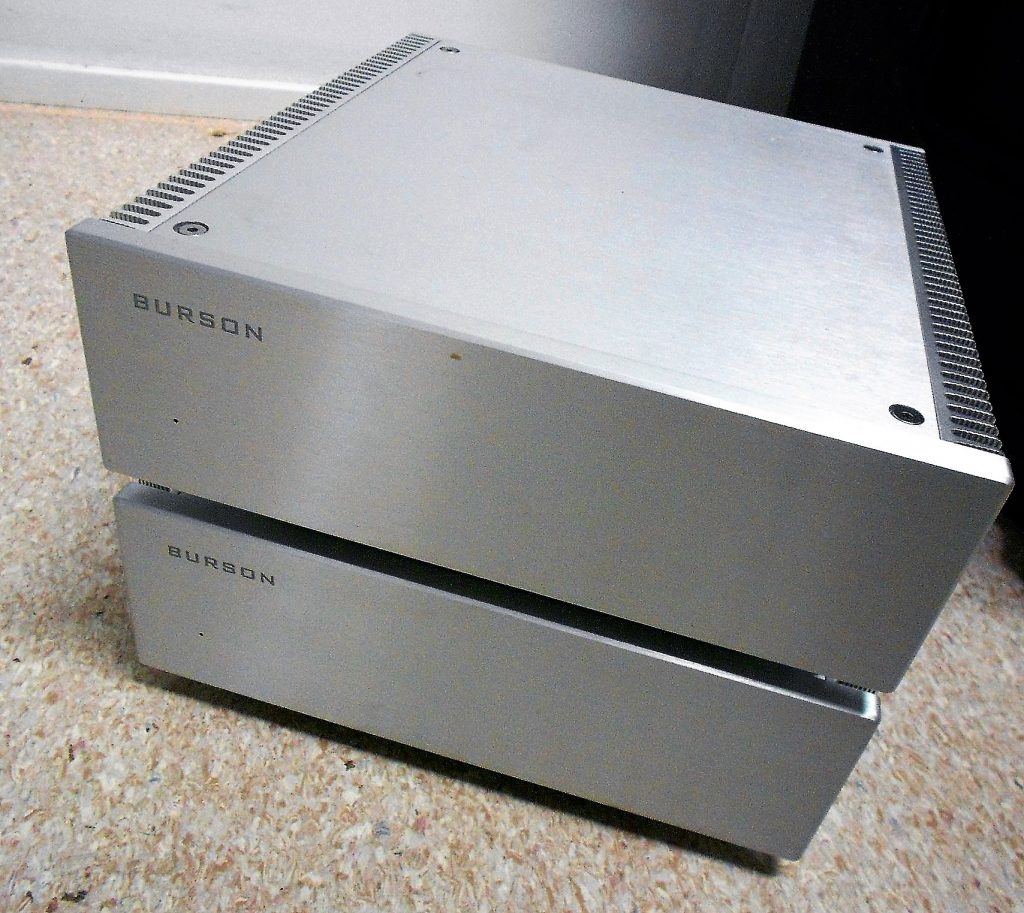 Most of the time I had not one but two Timekeepers working in the bridge mode delivering total of 230W of amplifier power. Among the married loudspeakers there was none that would’ve revealed signs of insufficient power on the side of the amplifier, not alone but even less when bridged. On the other hand, I think it’s somehow characteristic of the Timekeeper that as a pair it didn’t sound that much more powerful than as a single stereo-power-amp. What the second Timekeeper brought along was something more qualitative in nature; it added a drop of tonal refinement, so to speak, and above all sense of easiness.

In other respects it was my impression of the Timekeeper that the sound didn’t appear  super fast in the sense that all turns in music would have received a response in a split-second; yet music was pulsating nicely taking into account the broader rhythmic considerations. In this respect the Timekeeper reminded me of my old 200W Sony workhorse, which otherwise didn’t possess similar accuracy and quality of the tone than the Timekeeper showed in its ability of making music shine, ie. not boring or indifferent.

With the Timekeeper there was no excessive warmth or roundness in the bass department (as can happen, for some reason, with some truly powerful transistor amps despite their power). Nor was there the sort of sense of control that some Class-D type of amps are famous for. Highs were anything but grainy or harsh and instead rather natural and to a large extent indiscernible (which is always a good sign). Yet it was somehow obvious that the Timekeeper is not after what the best Class-A SET amps can deliver, tube or solid state. The Timekeeper has its own justification and we need not compare it to amps that comes from a different corner of the audio land.

All in all, having been able to audition, for the period of 2-3 months, the Timekeeper connected to a fairly representative sample of loudspeakers, I got a lasting feeling that the Timekeeper is indeed like a prestigious workhorse: it knows what it’s doing, and does it with some self-esteem and healthy self-confidence independently in front of which speakers it is harnessed. Confidence is the right word here, both in terms of techniques and sound quality.

It worked well with the Audio Notes and even better with the Penaudios and perhaps best with the ProAcs. It didn’t fail with the widebanders but there the problem is that the owner of such a speaker may have a too high mental barrier to cross given that a small power tube amp is so obviously more likely first choice for the often super sensitive widebanders.