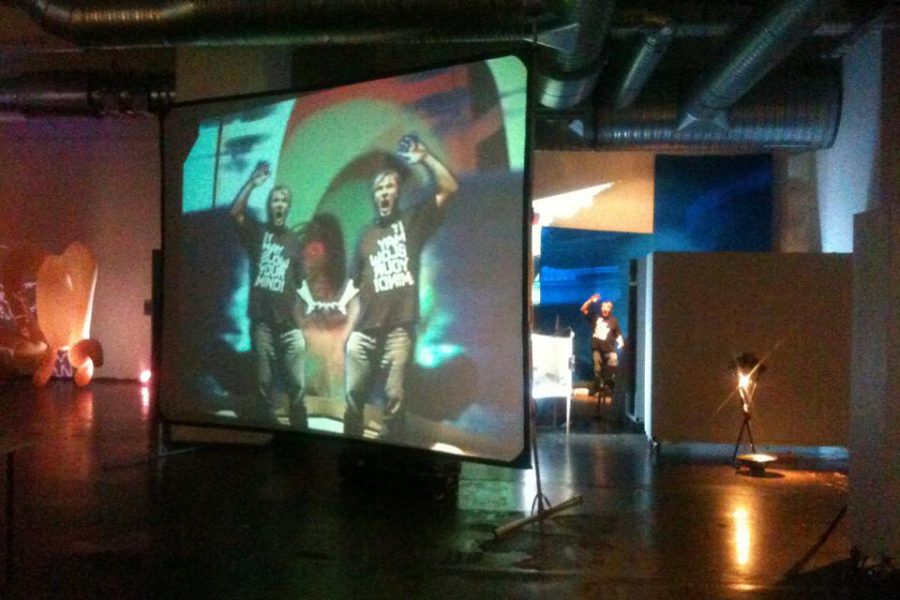 Media Art UP! was a week-long artist-driven event for media art.  Video works, installations, experimental movie, sound art etc. by twenty artists were shown in the exhibition that was not static: new works were brought in during the event.

It was a fantastically live happening, colorful, richly sonic and great lighting, the appearance often rough and unfinished but never in a cheap manner.

On of the works was Petri Kuljuntausta’s sound installation called “Magnetism” comprising of loudspeaker elements, wires and magnets. Here’s the description: 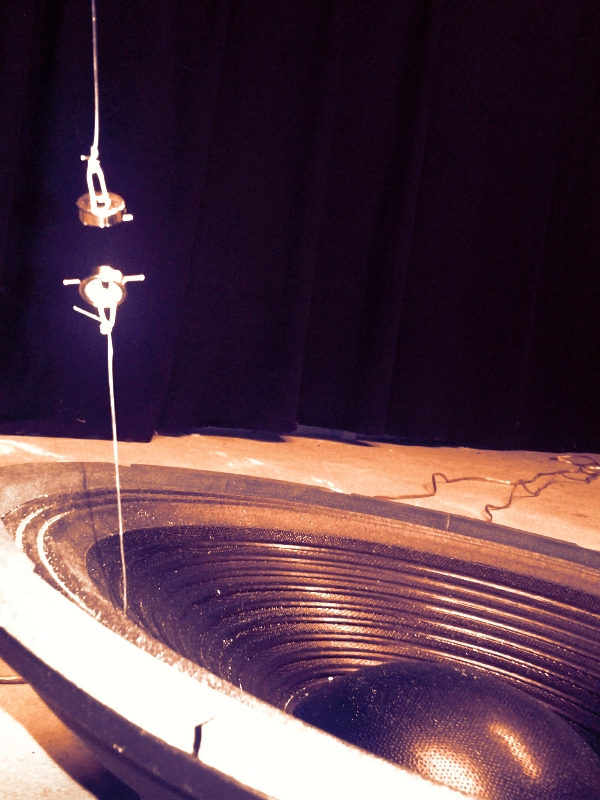 “Magnetism is a class of physical phenomenon that includes forces exerted by magnets on other magnets. It has its origin in electric currents and the fundamental magnetic moments of elementary particles. These give rise to a magnetic field that acts on other currents and moments. All materials are influenced to some extent by a magnetic field. The strongest effect is on permanent magnets, which have persistent magnetic moments caused by ferromagnetism.

In order to translate an electrical signal into an audible sound, speakers contain an electromagnet: a metal coil which creates a magnetic field when an electric current flows through it. This coil behaves much like a normal (permanent) magnet, with one particularly handy property: reversing the direction of the current in the coil flips the poles of the magnet.

The electromagnet is attached to a cone made of a flexible material such as paper or plastic which amplifies these vibrations, pumping sound waves into the surrounding air and towards the ears.” [physics-org, wikipedia] 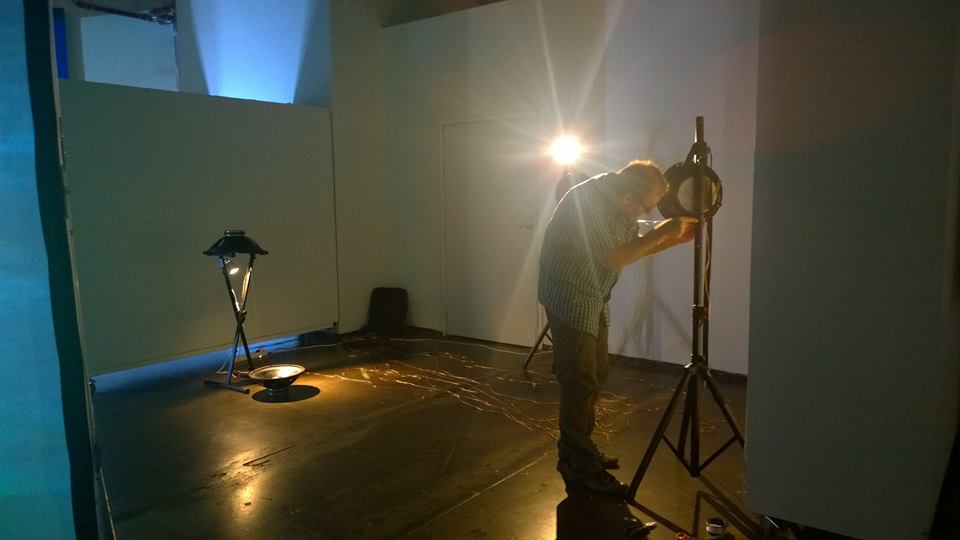