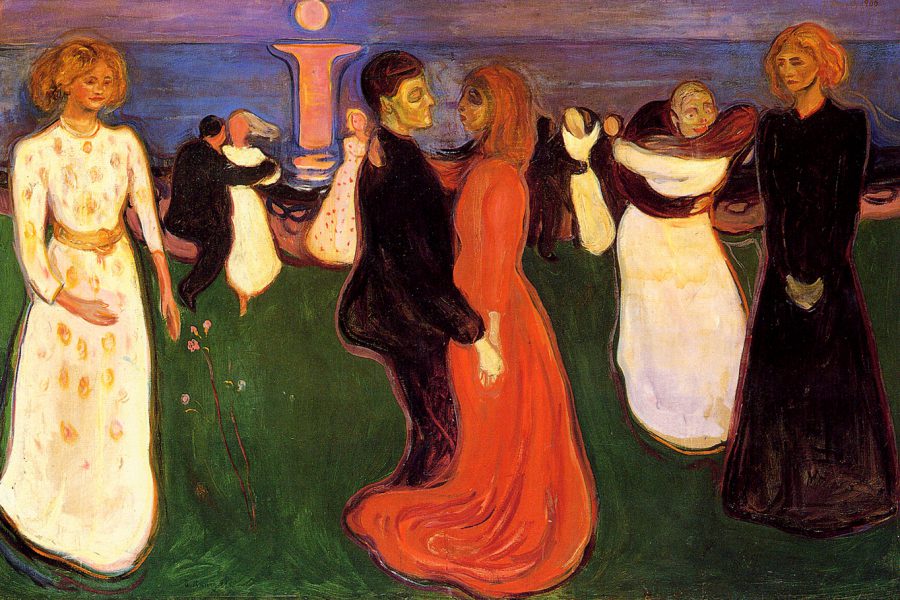 The majority of the works were from so called Stenersen collection in the Munch Museum. Rolf Stenersen was an art collector who supported Edvard Munch and acquired a large amount of the artist´s paintings.

One of the exhibition’s most important work, if not the most significant, was Munch’s Life of Dance:

“A distinction can be drawn between those of Munch’s imaginative works that are directly symbolic,  and those like the present picture that are illustrations of a metaphor. The latter may be more difficult to interpret. Life is not in fact a dance and metaphor is too vague to give much indication of what is intended. The picture, however, appears to be a more complex and personalized version of Woman in Three Stages, with an innocent woman in white on the left, a sensual woman dancing with the man, and an anguished woman in black on the right. All three resemble Tulla Larsen; the girls dancing in the background may also represent her. The man in the foreground appears to be Munch.

It is possible to construct a reasonable explanation of the scene if we remember that at times Munch used the depth of the picture space as a time scale, moving from the distant past in the far background up to the present in the foreground adjacent to the picture plane. Applying this principle here, the initial impulse for life’s dance comes from the sun with its phallic column of light crossing the sea. In front of this, far away on the beach stands a solitary girl, waiting for a sex partner. At about the same distance but now on the greensward a group of men appear to contend for the girl’s favor – a point where jealousy arise. Nearer to us a chosen male partner dances decorously with the girl; this is the stage of courtship. Still closer to the foreground courtship has progressed to lust, in the form of a leering man ready to ravish his partner. His face is a gross caricature of the playwright Gunnar Heiberg, who had introduced Munch to Tulla Larsen and of whom he was jealous, believing Tulla had previously had an affair with him. The girl still wears white but her hair has darkened and reddened. The couple in the foreground represent the final stage, where the dance of life turns into a dance of death. They glide through the motion like somnambulists, trapped by their fate. Munch’s feet are enveloped by the coils of Tulla’s red gown, while its predatory contour almost completely encases him. Yet there is no eye contact, they remain spiritually remote from each other. Placed in profile, unlike nearly all the other figures, they form the timeless image of a pair for whom creative life, his artistic, hers biological, has ended. Tulla on the left looks forward naively to connubial bliss, for her gaze misses the distressing vision, but she on the right looks straight at it, apprehending the fatal consequences of love.”; from http://www.edvardmunch.org/

Didrichsen Art Museum’s collection of Finnish art consists of works by Edelfelt, Cawén, Schjerfbeck, Särestöniemi, Linnovaara, Hiltunen and Pullinen among others. In the modern international art collection there are works by: Picasso, Kandinsky, Miró, Léger, Moore, Giacometti and Arp.

Finland’s only Pre-Columbian art collection is situated in the basement of the Museum where one also can find the Oriental art. Pre-Columbian art represents complex and highly developed American Indian cultures in Mesoamerica and the Andean area of South America from 2000 B.C. to the 14th century A.D. (Olmec, Jalisco, Colima and Maya).
The oriental art collection is dominated by Chinese art from the Shang-dynasty (abt 1500-1028) B.C. to the Ming-dynasty (1368-1644). The collection also includes art from the Far and Near East. 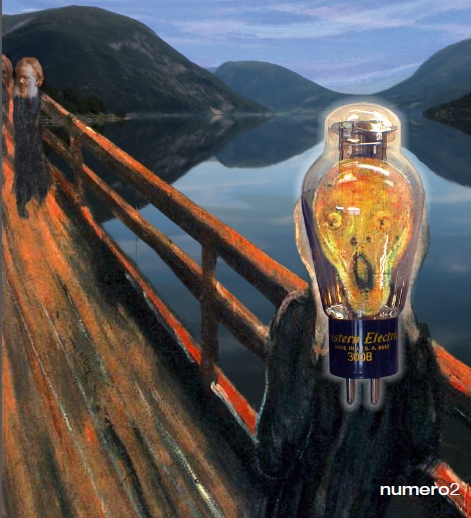