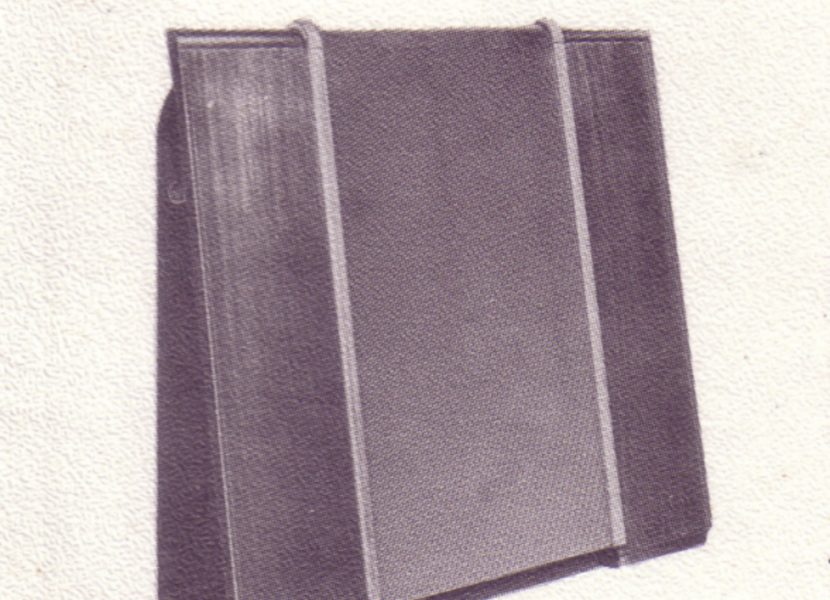 Briggs (1890-1978) founded the company in 1932 in Brighouse, Yorkshire later moving the production to Idle, Bradford, Yorkshire. In 1958 the company was sold to the Rank Organisation. Wharfedale was making 9000 speakers per year in 1939 before supplying transformers to the Admiralty during WWII.

Between 1948-1967 Briggs wrote many inspiring books on loudspeaker design and audio related subjects, in particular A to Z in Audio published in 1960 and Audio Biographies published in 1961. These books were the result, and a starting point, of endless experimentation and research into the reduction of driver cone and cabinet resonance. As Raymond Cooke of KEF remembered: “I read how much Gilbert Briggs had lowered the free air cone resonance of woofers by replacing their paper ‘accordion’ type surrounds by cloth “. Briggs called the cloth – a mixture of foam and felt – Plastic Foam Suspension. 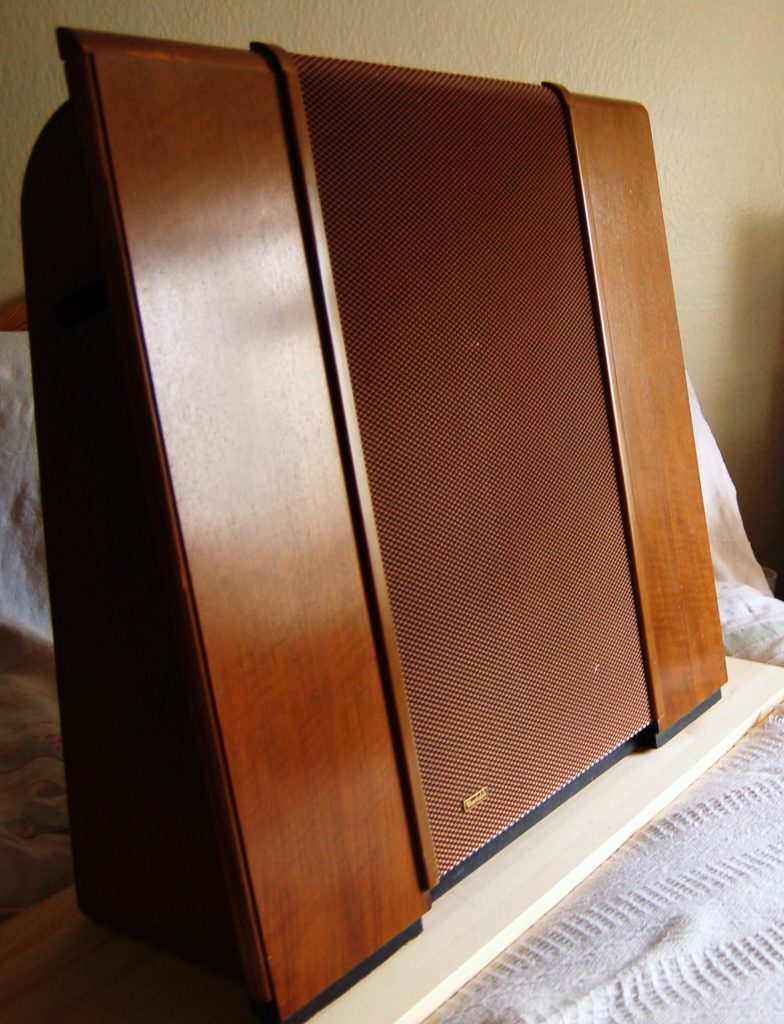 SFB/3 is an open back 3-way system comprising a W12SFB 12” paper cone woofer, a 10” Bronze CSB paper cone midrange mounted close to one another and wired in parallel to improve “…mutual radiation impedance”. A Super 3 3” tweeter is mounted on its own baffle to the rear firing upwards and fed via a 4uf capacitor. Frequency response is quoted as 20 Hz – 20 kHz with the bass resonance as low as 30 – 35cps. All drivers have nominal 15 ohm impedance, plastic foam surrounds, no spiders, and Alnico magnets to control cone excursion.

Note that Briggs intended these 3 drive units to work only in the SFB/3 and only sold them as a complete system. Neither the units nor the cabinet were “useable” separately. The open baffle concept discussed in his writings was for DIY experimentation with ‘other‘ drivers.

SFB stands for Sand Filled Baffle. Briggs discussed with Peter Walker of QUAD on the sonic merits of various materials – slate, marble, metal – but finally dismissed anything weighing above his age, then 67, so as to facilitate heaving the SFB/3 in and out of his car! The success of this design is in no small part due to the baffle construction, as
Briggs explained: 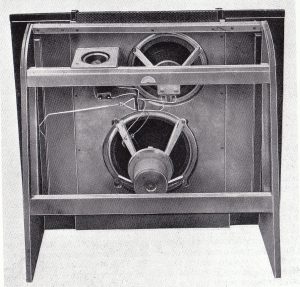 Harold Leak having turned down the invitation, QUAD and Wharfedale embarked upon a series of Live vs. Recorded recitals between 1 Nov 1954 and 9 Oct 1959. A music critic for the Liverpool Post attending such a recital in September 1957 stated “… in two delicious pieces for oboe and piano. Anyone who listened to this with closed eyes, …would have been hard put to detect the change over from ‘live’ to recorded sound – certainly as far as the oboe went; the piano accompaniment also very deceptive. “AKH. The recording was made by Hollick and Taylor Ltd. in their Birmingham studio. The equipment used in the recital was a Ferrograph tape machine at 15 ips, QUAD amplifier and two SFB/3 speakers.

By 1955 Walker had produced 2 electrostatic lab models demonstrated at the BRSA Annual Exhibition. The speaker is now known as the ESL 57. Although all the audio manufacturers – Leak, Wharfedale, QUAD … – were good friends in the 50’s and 60’s, there’s no doubt that the ESL 57 caused ‘fear’ in the Moving Coil camp, and that the ‘threat’ of the ESL produced remarkable progress in the dynamic speakers. 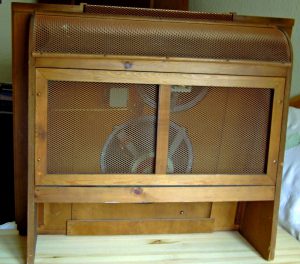 Ralph West was at the centre of the ESL/Moving Coil debate at the time: he wrote critical reviews of both these speaker systems for Hi Fi News, and perhaps unknowingly laid down a certain unassailable position for the ESL 57 which although breathtaking in its fidelity, suggested that cone based designs could never equal or surpass this level of performance. This audiophile lore in some circles is a misreading of what West actually said and perhaps is due to the greater availability of the Quads over the years. Discussing the return to an old idea of Open Baffles with one full range unit – this was in 1957! – West stated that:

“A more suitable alternative is to use several speakers of more acceptable size mounted on a flat frame, and a very successful design of this type has appeared quite recently. It (SFB/3) really does sound less like a loudspeaker than anything previously listened to (ESL 57). The effect/sound is rather like a front row balcony seat for large orchestral items, but the apparent sound source recedes and approaches with changes of microphone – artist distance and consequent extreme top/extreme bass content in the signal. The complete absence of bass hangover makes the reproduction of the Double Bass accompaniment quite a revelation.” West used Quad 22/II amplification with slight (+2) bass lift.

In 1956 the SFB/3 was £37.10.0 complete, rising to £39.10.0 in 1957, which should be compared to the Quad ESL 57 costing £52 around the same time. What should also be remembered is that Briggs, by design, marketed these speakers for their magnificent ‘stereo’ performance when bought in pairs – surely among the first! 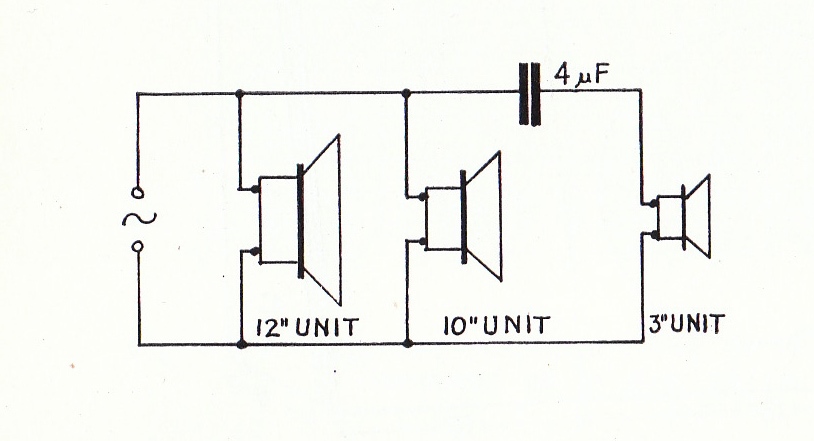 Second round – 50 years after?

G.A.Briggs is known to have had in his lab both the Klipschorn speaker, a design patented in 1941 by Paul Wilbur Klipsch, and Peter Walker’s Quad ESL 57. Those were the speakers then with which Briggs compared his SFB/3. Since I happen to own all those three speakers I decided to make a similar comparison as Briggs must have done several times in developing his speaker. My SFB/3 samples are matched stereo pairs finished in Walnut veneer over Birch ply with bronze filigree grills aka ESL 57s.

In a blacked out listening session, with Sugden C51/P51 pre/power combi, bass performance immediately became the distinguishing factor. The slam, transient immediacy and control of the SFB/3 was frightening! I know the ESL 57 can do dynamic extremes well especially in stacked pairs but it is different. The ESL 57 moves air and breathes the stroke of a bow on a cello or a violin, the SFB/3 extends the physical feel of the instrument – the wood, the sinuses of the bow, the rasp and grip. The SFB/3 sounded faster than a single ESL 57 but not as imposing or holographic as stacked ESL 57s.

The SFB/3’s soundstage enables the listener to measure the relative positions of performers from the listener, to be aware of the distance to the source of the sound. The ESL 57, instead, projects the performance so that the listener is with the players. This is delightful but confusing in reference to how we experience the sound in a live performance, and it is here that the SFB/3 excels – especially on female vocals and violin. There were no digital artifacts to remind you that this was Hi Fi, just soaring emotional crescendos – a vastness as big as a cathedral if demanded. As a performer moved so the SFB/3 would not be shaken off; it always had more to give seamlessly across the sound. Also, maximum/realistic sound levels came more alive with the SFB/3s. If the Quad ESL 57 is a fragile enigma, the SFB/3 is solid, dependable and has a unquestionable ‘presence’ and control over musical reproduction.

In the 50s and 60s, the SFB/3 was usually paired with QUAD IIs producing 15 watts. The 60 watts on call from the Audio Research D70 (circa 1984) was a chance to hear the full unrestrained-by-amp sound of the SFB/3 in comparison to its creators muse, the mighty 104 dB sensitive Klipschorn (1980 model)!

Listening first to the Klipschorns reminded me of what this business is all about! Being there! Whether in the studio or stadium, the music flowed rising and falling like a stormy ocean, carrying the magnitude of emotional, transient pieces of music as an encounter, an experience. It was obviously here that the SFB/3 met its match. The SFB/3 could not shift the air in the room in the same way as the Klipschorns did, in a sense of unforced authority of colossal grandeur. The SFB/3s were also more selective in terms of the music: e.g. Led Zeppelin was really meant for the ARC/Klipschorn system. In comparison, the response coming from the SFB/3s even at a slightly higher wattage was rather polite.

With respect to the delicate midrange tonalities, the speakers were closer in nature, both revealing and transitionally smooth. Remember that the SFB/3 by nature was a midrange specific design with upper bass accuracy prevailing over an attempt to produce deep bass. Vocals to my mind did have a more ‘living’ presence from the Klipschorns but nuances of various drum sounds – tabla, tom-tom, etc. – sounded more identifiable from the SFB/3s.

In the frequency extremes of the treble both speakers were right but different. The SFB/3’s Super 3 tweeter, a past master of control and naturalness, never became harsh or splashy. The horn loaded tweeter in the Klipsch was not incorrect either being balanced in its incisiveness by the greater extension in the bass.

In conclusion, the SFB/3s – Briggs statement speakers in the pantheon of greats – are honest and impressive speakers. They do not totally disappear as the Quads can do given the right circumstance. They might not be as transparent as the ELS 57s, nor emulate the sound of the concert like the Klipschorns do, but they do many things well, very well. They can convey what it feels like to “be there” without resorting to “how” it feels like with a big box! Just shut your eyes and be amazed at Briggs’ vision of what moving coils can achieve. 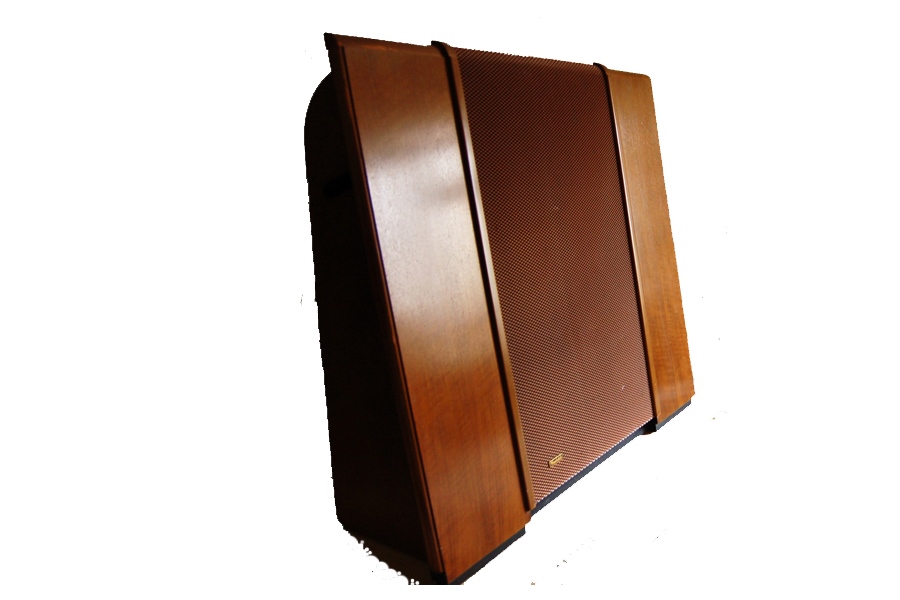