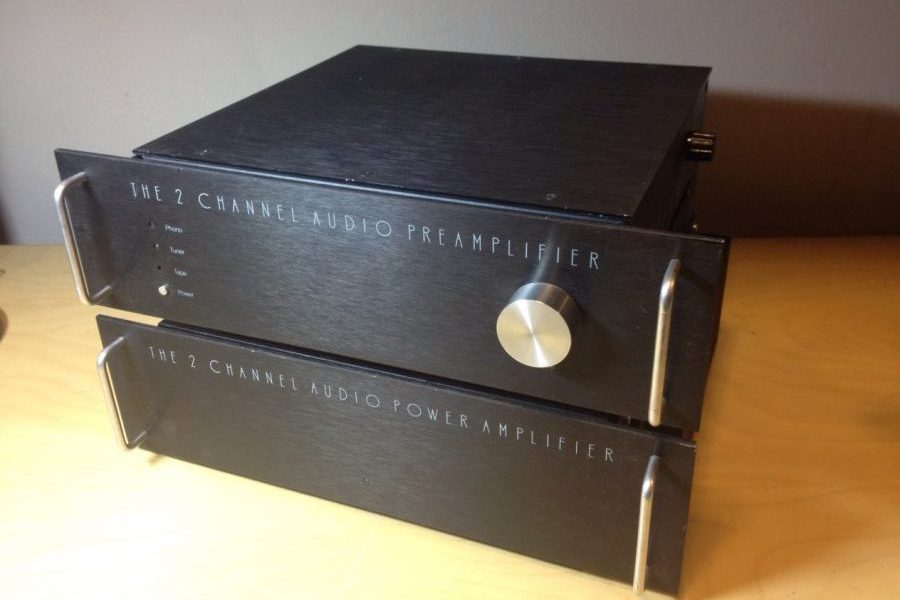 The combo is based on Matti Otala’s research, inspired by the work of Tapio Köykkä (also a Finn), on TIM (Transient Intermodulation Distortion), and on how to get rid of it in a transistor amp.

Otala, together with Jan Lohstroh, presented a paper on the subject titled “An Audio Amplifier For Ultimate Quality Requirements” at the 44th Audio Engineering Society Convention in Rotterdam in 1973. The paper also describes (schematics) how to build an amp that takes the research results fully into account. The presentation even included a sound demonstration.

The presumption was that the sound of a low-TIM amp would be much better than that of an amp in which only low THD (achieved with loads of negative feedback) was under focus.

Svein Erik Borja, a Norwegian broadcast and record producer heard the presentation and was impressed. So much so that when back in Norway he approached Per Abrahamsen at Electrocompaniet with the idea of building such an amp.  Two prototypes were built: one is now in Norway, and the other in Finland.  The amps sounded so promising that Borja and Abrahamsen decided to build ten more units. Later Terje Sandstrom joined the company, and was deeply involved in the development of the amplifier.

However, Lohstroh and Otala did not want Electrocompaniet to use their names in these later amps because the design had not been authorized by them for all parts. So, as of December 1975, the name was changed to: The 2 Channel Audio Power Amplifier. 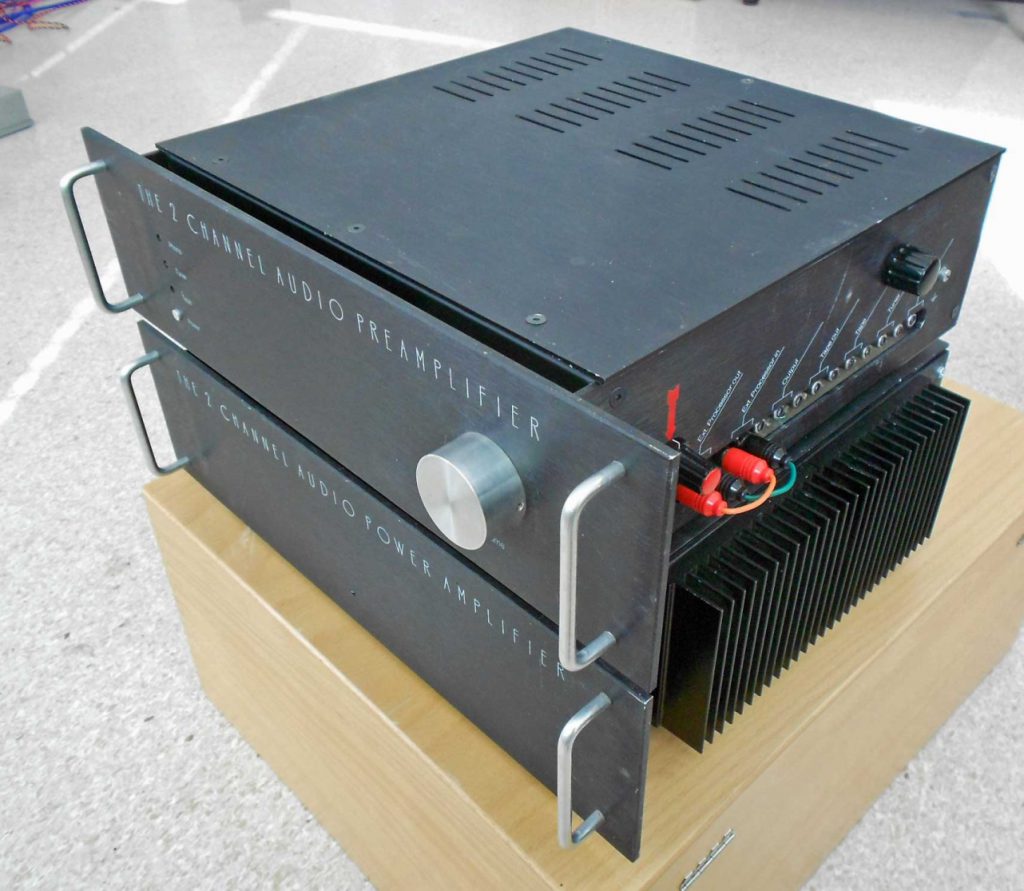 Matti Otala passed away last year at the age of 75. He is most likely the most famous Finnish sound expert internationally. Among other capacities (Nokia, Bosch etc.), he worked as a professor of electronics, but also as a scientific adviser at the Philips research laboratory in the Netherlands as well as as a head engineer in Harman Kardon in New York in the 70s and 80s. He wrote about 300 articles, and has dozens of patents.

Hi-fi-enthusiasts remember Otala for his TIM-distortion. Some amplifier manufacturers take the concept very seriously, others are more sceptical. The fact remains that without Otala’s – and Tapio Köykkä’s – reservations against traditional distortion measurements, manufacturers of transistor amplifiers would probably still add insane amounts of negative feedback to their designs. 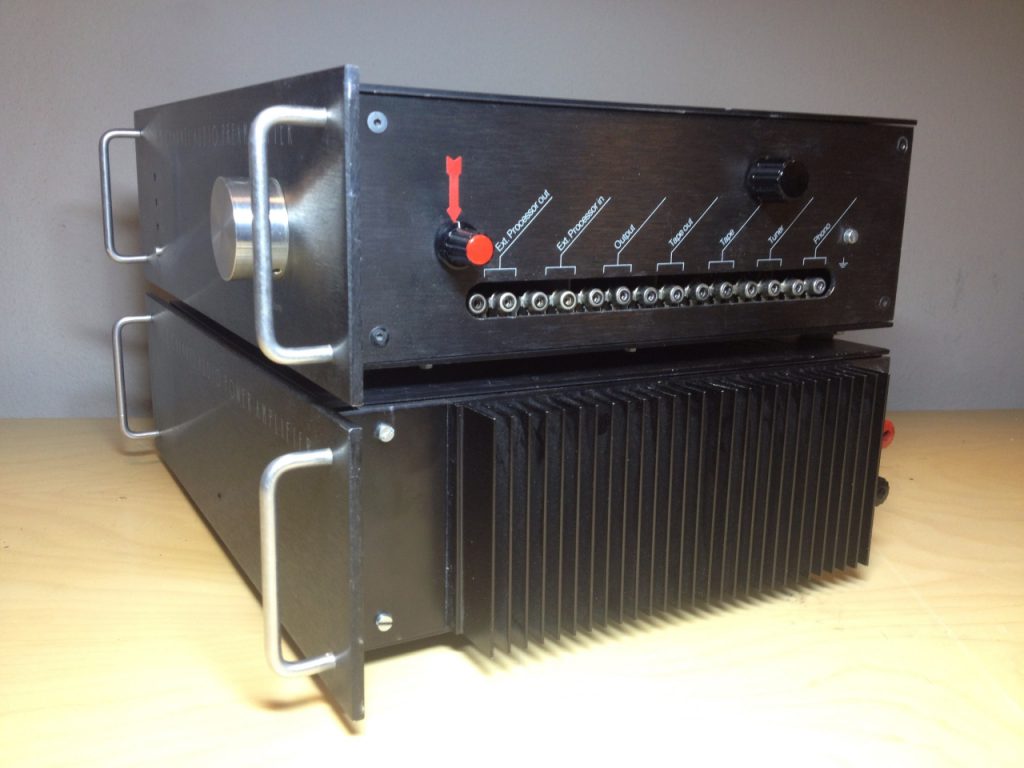 The amp had “only” 20dB of negative feedback, which was a little as compared to the conventional amps of the time, but for many, sounded better than the more linear amps – linear in terms of THD figures.

So were things back then but The 2 Channel Audio Amplifier, pre & power, still sounded great when I got the chance to (quickly) audition them together with sensitive widebandwidth loudspeakers (admittedly not an ideal combination). Very crisp and clean sound without being tiring, fast sounding too. No complaints in the bass department either. I don’t think that the sound could be mistaken for a tube amp sound, but well-balanced without harshness it was. More on the sonic properties on an other occasion.

The units (pics) were numbered as  80 and 81. The caps in the preamp’s power supply had been replaced with fresh ones, and some of the circuit boards were better supported. The power amp was partly rewired.

All mods and pics by Veikko Luukkanen. 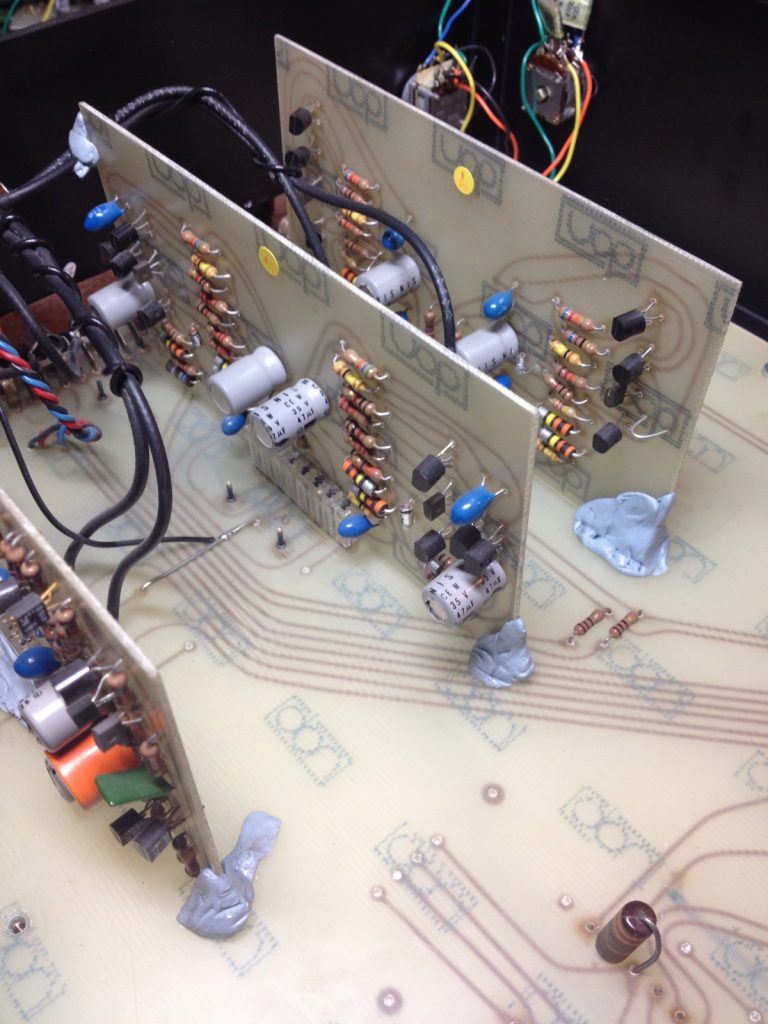 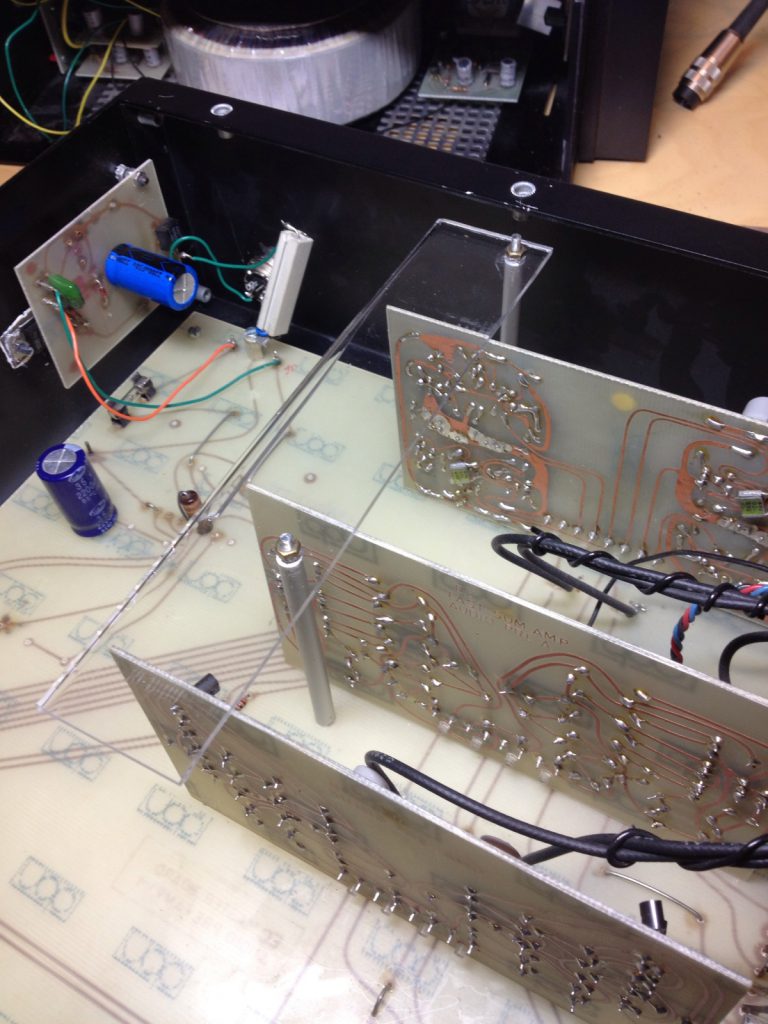