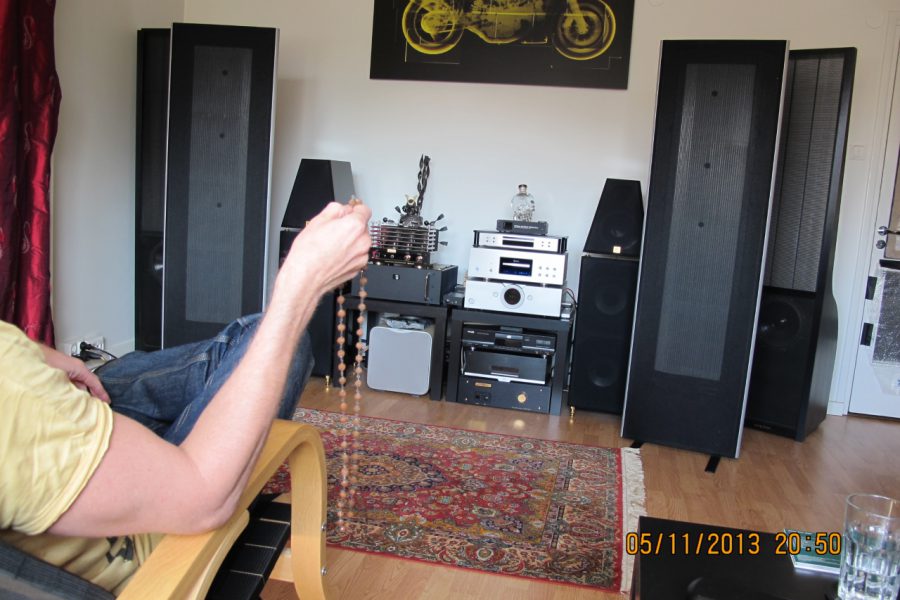 A system that makes you feel good

Here’s a system that I like. Not only in a traditional way but more spiritually.

It’s not put together by trying to optimize every piece and part of it in order to further maximize the sound quality. No, it’s assembled by removing factors that would distract the listener from music and so allow the listener to be in a direct contact with his beloved music. It is a system of good mood, relaxation, mental and physical well-being. It’s fundamental building blocks are helthier than that of most other systems I’ve come across.

The system features three loudspeakers. Particularly fascinated the owner is about his Magnepans. He’s got four of them, and now the turn is on the 1.7’s. When the owner, years ago, first heard Magnepans the sound was so different from what he was accustomed to, the way in which they opened the sound-stage especially. 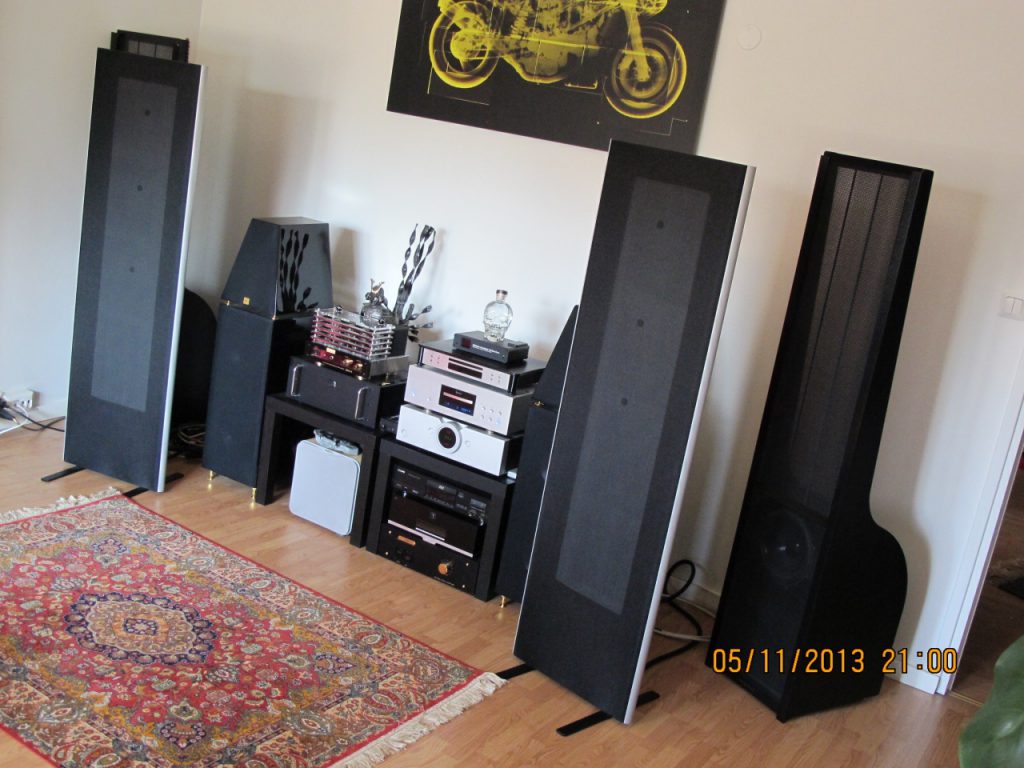 Inner Sound Eros loudspeakers came home with the expectation that they would offer the best from the both worlds: immateriality of the sound of the magnetostatic loudspeakers, and the power of dynamic woofers. The Eros turned out to be fairly forward radiating and have more of the bass and treble than the midrange, ie. not the easiest loudspeaker to live with.

The owner prefers a ”uniform sound” independently of how it’s produced. Panels are good at this but at some point he got tired of the airy and nailed down sound of the panels. Hyperion HPS-968 loudspeakers surprised him positively by coming close to the sound of the panels despite being a dynamic speaker. No need for subwoofer, although he’s got both Velodyne SPL1000R and XTZ 99W12DSP.

“When one listens to music attentively for long enough, music becomes an unconscious resting place for the mind, a familiar and secure point of reference, consolidation of positive associations …” 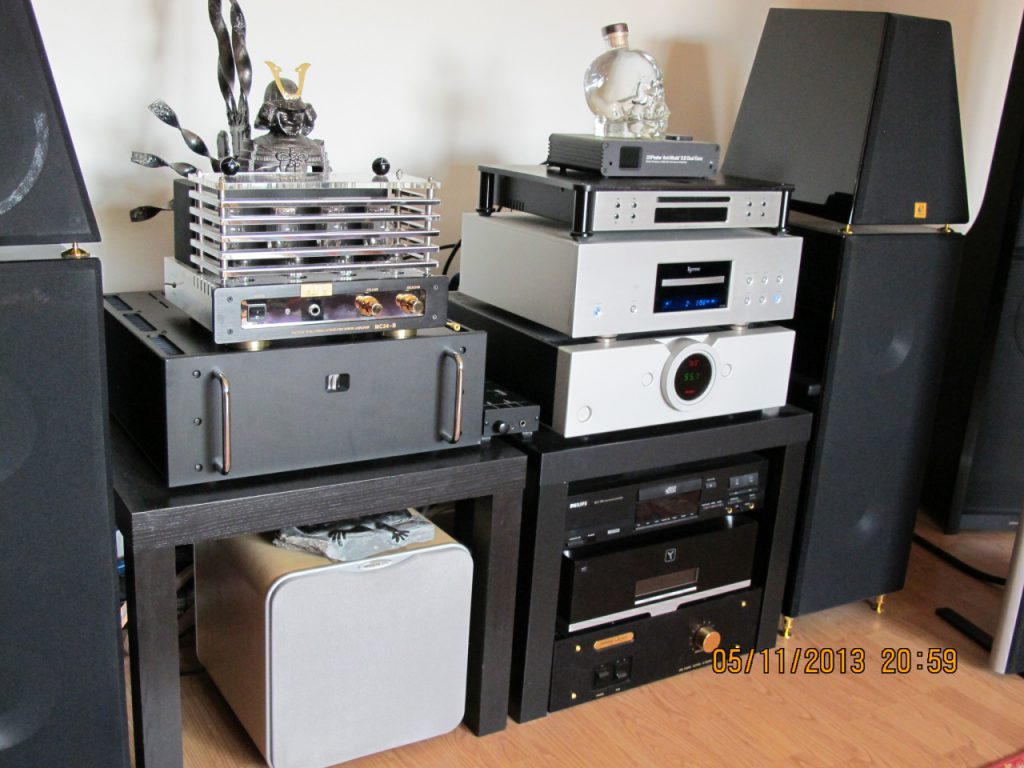 The headphones are Audeze LCD2 and AKG 701, amplified with MingDa MC34-B and Musical Fidelity V-can. For the AC treatment there are products by PS Audio, Noise HArvester, Duet, Quintet Power Center, and for room treatment Anti-Mode 2.0 Dual Core. 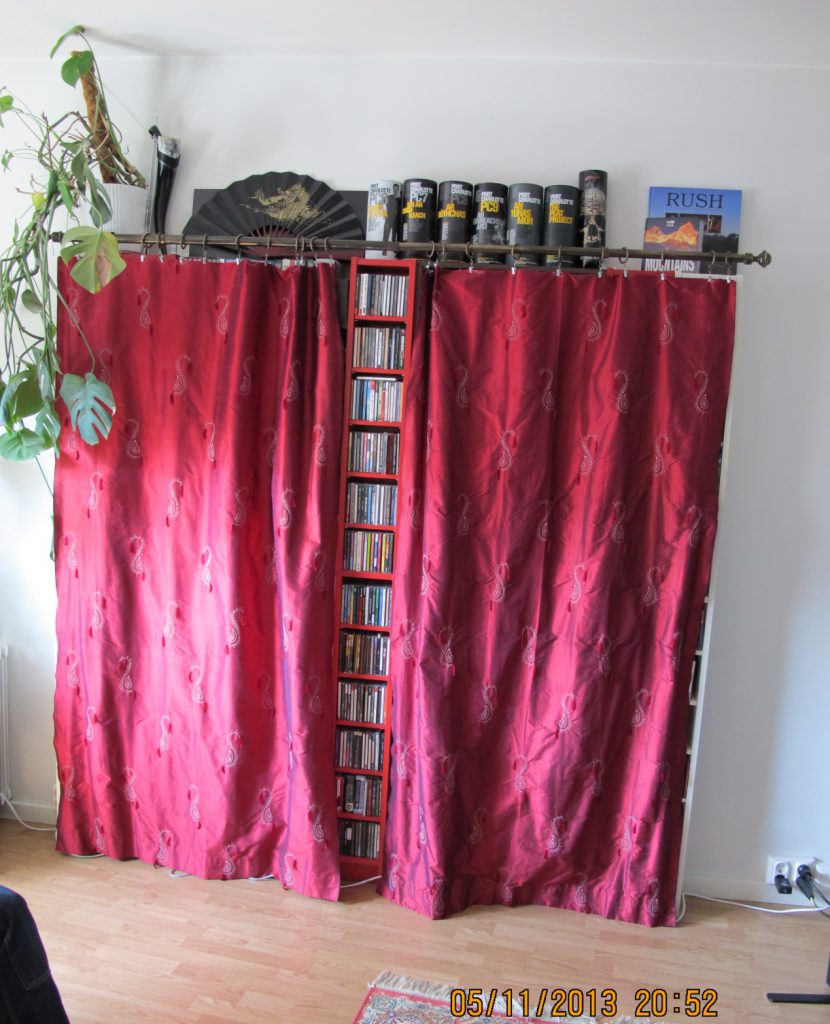 More than the sound per se the owner of the system appreciates private moments with his system, personal quality time, if you like, moments when mind doesn’t wander but focuses on one thing only.

“When one listens to music attentively for long enough, music becomes an unconscious resting place for the mind, a familiar and secure point of reference, consolidation of positive associations … and when the mind has a positive pre-focus, where it can always return to, everything extra wears off from the mind, and the man calms down.”

And the more wellness there is in the listener’s brains, the better the body feels. 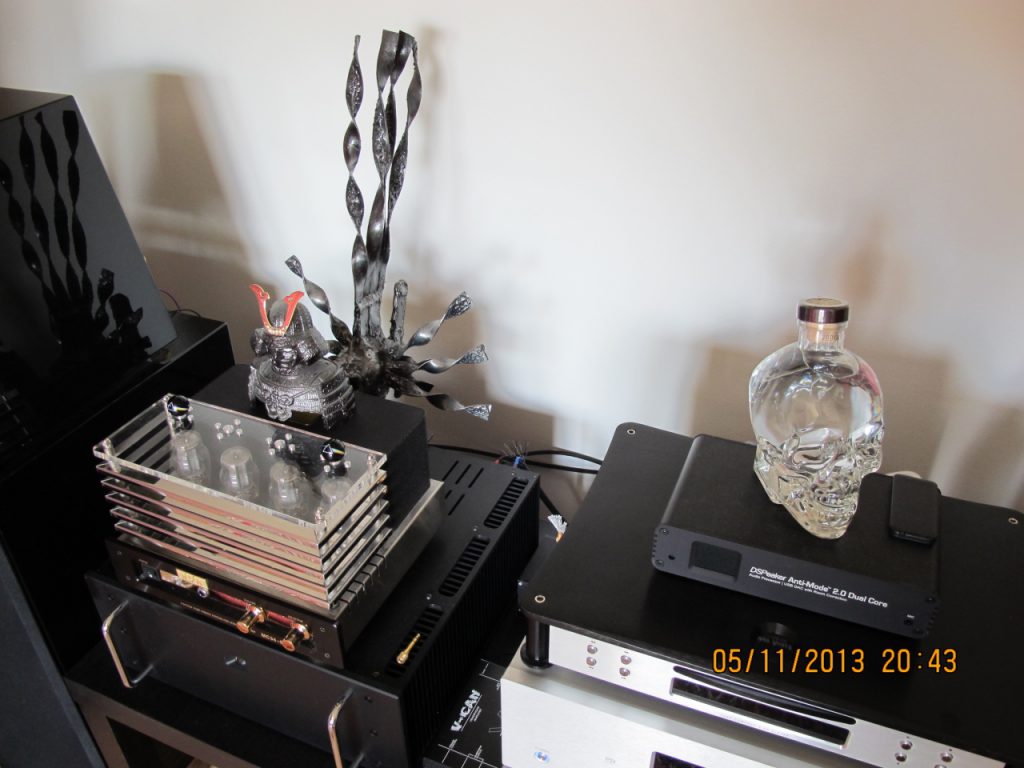